Avitt - Consultoria e Assessoria em Fusões e Aquisições - What´s the Value in a Brand Name (by Erica Swallow) 9 Principles For Great Branding By Design. We all know great design has a critical role to play in building a great brand. 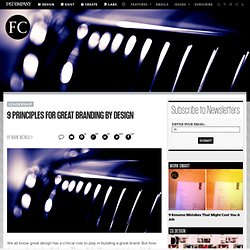 But how do we go about making that happen? I recently had the opportunity to speak to three top designers about that very question: Robert Brunner, founder of the design shop Ammunition and author of Do You Matter: How Great Design Will Make People Love Your Company; Joe Doucet, founder of Joe Doucet Studio and David Hill, vice president of design at Lenovo and author of the Design Matters blog. The Art Of Selling The Brand Of You On YouTube. The Makings Of A Great Logo. When A Simple Logo Isn’t The Best Choice. Betaworks is known as a hip, media-focused company out of New York, which probably made it sting when somebody on Twitter equated the company's logo to a coffee stain. 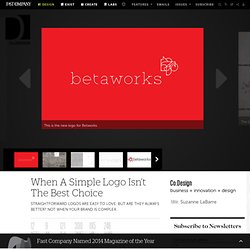 It was time to rebrand. After months of creative back and forth, when a new logo came in from creative agency Franklyn, it wasn’t love at first sight. “We saw it, and we were like, 'Oh.'” explains CEO John Borthwick. “It wasn’t, ‘Oh my god, I hate that, that’s terrible!’ It was, “Oh, what is that?” Why Would Apple Buy Beats Electronics? On Thursday evening, word spread that Apple might be purchasing Beats Electronics for $3.2 billion, in what would be Cupertino's most expensive acquisition ever. 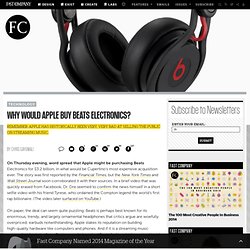 The story was first reported by the Financial Times, but the New York Times and Wall Street Journal soon corroborated it with their sources. In a brief video that was quickly erased from Facebook, Dr. Dre seemed to confirm the news himself in a short selfie video with his friend Tyrese, who ordained the Compton legend the world's first rap billionaire. (The video later surfaced on YouTube.) On paper, the deal can seem quite puzzling. But there is one thing Beats does well: Sell expensive audio equipment to young people. Behind The Brand: Why Caterpillar Went From Conservative To Buzz-Building Content Marketing. Even if you don't know the difference between a backhoe and a bulldozer, chances are you've heard of Caterpillar. 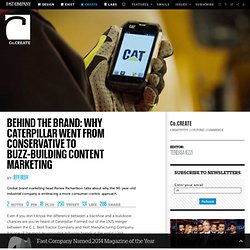 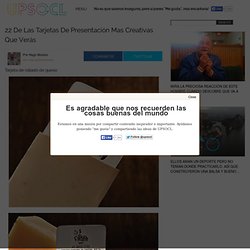 Brand Off On: el Branding del futuro. When Branding Is Too Good: A Cautionary Tale From New York's Citi Bike. New Yorkers have racked up more than 7 million trips on Citi Bike, New York City’s bike-share system, since it launched late last May. 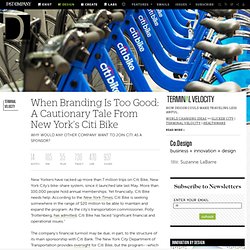 More than 100,000 people hold annual memberships. Yet financially, Citi Bike needs help. According to the New York Times, Citi Bike is seeking somewhere in the range of $20 million to be able to maintain and expand the program. As the city’s transportation commissioner, Polly Trottenberg, has admitted, Citi Bike has faced "significant financial and operational issues.”

How Brands Can Harness The People To Achieve Real Impact. There’s broad recognition that people’s power to connect and communicate has been transformed, but alongside this new reality comes radical new means of organizing and leadership. 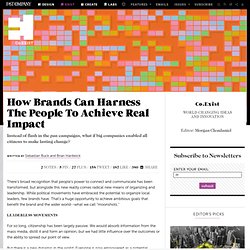 While political movements have embraced the potential to organize local leaders, few brands have. That's a huge opportunity to achieve ambitious goals that benefit the brand and the wider world--what we call "moonshots. " 5 Tips On Branding For Good From Successful Social Entrepreneurs. Just because you're doing good work as a social entrepreneur doesn't mean you get to skip on the more commercial parts of running a business. 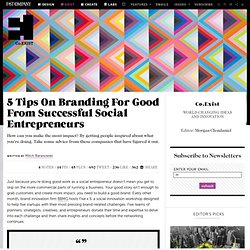 Your good story isn't enough to grab customers and create more impact, you need to build a good brand. Every other month, brand innovation firm BBMG hosts Five x 5, a social innovation workshop designed to help five startups with their most pressing brand-related challenges. Searching The World For The Perfect Pizza Box Design.

Stashed inside closets in his Brooklyn apartment, Scott Wiener has exactly 652 pizza boxes. 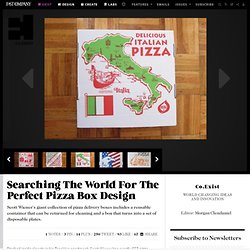 It’s the Guinness World Record for pizza box collections, and proof of Wiener’s bigger pizza obsession--he also runs a company that takes people on pizzeria tours of New York, writes a blog on pizza, and recently published a book about pizza boxes. “Everything I do is pizza-related,” Wiener says. Developing a Brand Strategy. El significado de la marca Nike. X. Ruiz Collantes. Que significa NIKE. How Do I Brand My Business to Stand Out From The Competition? Ads Worth Spreading: These Are The 10 Most World-Changing Ads, According To TED. Just ahead of its 30-year anniversary conference in Vancouver, BC, TED has released its fourth annual Ads Worth Spreading list, to recognize innovation, ingenuity, and intelligence in advertising. 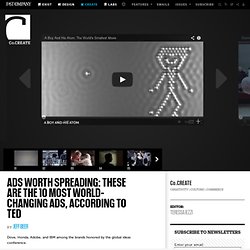 "We understand the ubiquity of advertising–-it's everywhere and plays a huge role in our media consumption," says TED's head of global partnerships Ronda Carnegie. "As TED celebrates Ideas Worth Spreading, we want to reward the brands who champion ideas-based advertising. The winners understand an ad's power and presence, and excel as 'Ad-throlopogists,' meaning their great work gives us insights into the connection between advertising our own cultural compass.

" The ad industry is already awash in awards shows but the high fives doled out by the global ideas conference are a bit different. Winners were picked by pairings of industry experts and TED speakers. A Gold-Worthy Rebranding Of The Olympic Museum. Between the lazy use of Microsoft Word fonts, the botched numbers, and the "is it or isn’t it Lisa Simpson? " debate, the Olympics have been caught up in some strange branding efforts.

The store was mobbed by KitKat connoisseurs at its grand opening on January 17 and sold out of product in one hour and 40 minutes. 5 Ways For Purposeful Brands To Stand Out. What’s the difference between a brand with purpose and a purpose-driven brand? Sounds like a subtle nuance, but according to new research, the distinction is proving ever more important, especially in an era where consumers remain skeptical and business leaders expect corporate values to translate into tangible returns.

As Edelman’s recent brandshare and Trust Barometer studies reveal, when it comes to purpose, there is a widening gap between what people expect and what many brands and organizations deliver. While 92% of consumers want to do business with companies that share their values, only 14% have faith in business or believe that brands engage them well. Additionally, 40% of consumers don’t think brands are doing enough to demonstrate their beliefs in helping the world.