B866 - Employment Relations and Employee Engagement

New to HR - Helpful Acas resources for you. I'm lucky – my manager supports me with my depression. My line manager has raised me from a newborn, guileless graduate to a fully fledged professional through her tolerance, patience, challenge and high expectations; I am, she says, her “little protege”. 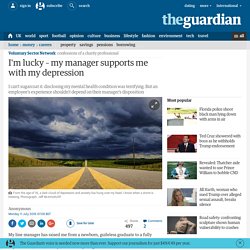 She believes in me more than I have ever believed in myself. So you can imagine the difficulty I had when it came to having to disclose my mental health condition. Employee outlook focus on commuting and flexible working. Britons working longer hours with no gain in productivity, study finds. Most British workers are spending longer at their workplace for little or no gain in productivity, according to a landmark study being released this week. 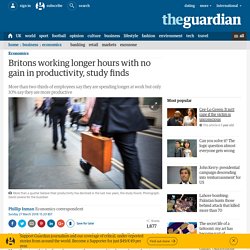 More than two-thirds of employees say they are working longer hours than two years ago, but only 10% believe they are more productive. The study of attitudes to work by the Smith Institute, a UK thinktank, also found that more than a quarter of staff believed their productivity had declined over the period.

Coming only a fortnight after the Office for Budget Responsibility (OBR) downgraded its forecast for productivity, the study will fuel concerns that British businesses are relying on cheap labour to work more hours in an effort to increase output. The study found that nine in 10 workers said they believed productivity was important and almost 80% said their employer measured it, at least sometimes. But they said managers usually sought productivity gains through jobs cuts or simply doing the same tasks at a faster pace.

Unit 5 - Employee Engagement: Implications for Employment Relati. Conflict. Who cares: the emotional labour of an undervalued, underpaid workforce. Twenty seven-year-old Melanie is an unusual care worker for several reasons; she loves her job and sees it as her career and is unusually well qualified – she did three years of medical school. 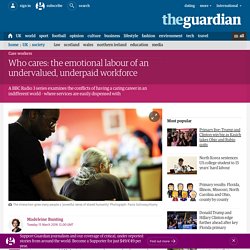 She is a live-in care worker in Nottingham for 25-year-old Charlotte, who has muscular dystrophy. Between them they paint a vivid picture of the complex work involved in care and are just two of many people I have interviewed in England for a series on the crisis of care being broadcast this week on BBC Radio 3. Labour law reform: Hollande's last throw of the dice. Image copyright Reuters. 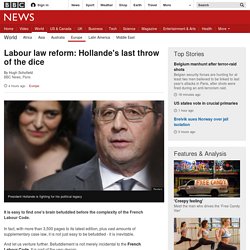 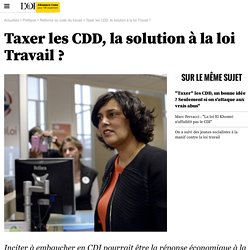 Finding work in France is not easy for most expats and there are raft of rules and paperwork to learn about. 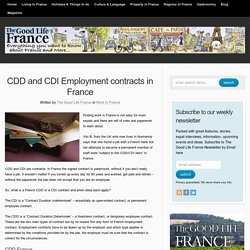 Viki B, from the UK who now lives in Normandy says that she found a job with a French bank but her attempts to become a permanent member of staff were “subject to the CDD/CDI laws” in France. CDD and CDI are contracts. In France the signed contract is paramount, without it you don’t really have a job. Disability discrimination key points for the workplace. The millennial generation shaking up the workplace rules. Virgin Group recently held what it called "a corporate day" asking its employees to behave in the way many traditional firms require - for just one day. 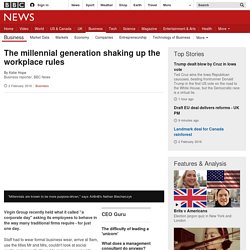 Staff had to wear formal business wear, arrive at 9am, use the titles Mr and Mrs, couldn't look at social media and weren't allowed to make personal calls. "It was a horrible experience for everybody," says Sir Richard Branson, one of the UK's best-known and wealthiest entrepreneurs. The purpose of the exercise, he says, was to give its people "a taste of what a lot of the world is still run like". As founder of the firm, which has gone from a mail order record company to having businesses in telecoms, travel and financial services, Sir Richard himself has never followed a conventional path to business success. He left school at 16 and didn't go to university. Misconduct outside the workplace: five key employment cases. Scotland Yard released photos of three men for alleged involvement in racist abuse on the Paris Metro. 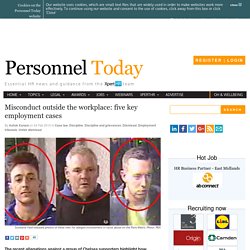 Photo: REX The recent allegations against a group of Chelsea supporters highlight how employee misconduct outside the workplace can cause difficulties for employers. International Labour Organization. Sign IN - Open University. The government just redefined what it means to be an employer. It's a huge deal. Employment. I've had bruising encounters with trade unionists, but condemn efforts to silence them.

On Monday the trade union bill will have its second reading in the House of Lords. 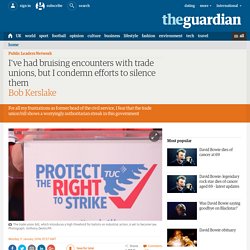 As someone who was on the receiving end of some tough and bruising encounters with the public sector trade unions during my time in central and local government, you might expect me to welcome this bill. I most assuredly do not. While there are quite reasonable steps to increase transparency, the main thrust of the measures seems to be both partisan and disproportionate to the supposed problems that they are seeking to address. Taken with the other measures being put forward by the government – curtailing the powers of the lords, watering down the the Freedom of Information Act, cutting the so-called “short money” to support the opposition parties – they demonstrate a worryingly authoritarian streak in this government that is not comfortable with scrutiny and challenge. 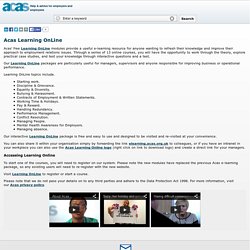 Through a series of 13 online courses, you will have the opportunity to work through the theory, explore practical case studies, and test your knowledge through interactive questions and a test. Our Learning OnLine packages are particularly useful for managers, supervisors and anyone responsible for improving business or operational performance. Learning OnLine topics include. Starting work.Discipline & Grievance.Equality & Diversity.Bullying & Harassment.Contracts of Employment & Written Statements.Working Time & Holidays.Pay & Reward.Handling Redundancy.Performance Management.Conflict Resolution.Managing People.Mental Health Awareness for Employers.Managing absence.

Revealed: how Sports Direct stripped USC assets before it collapsed. Sports Direct, the FTSE 100 retailing giant controlled by the billionaire Mike Ashley, stripped prime assets out of its stricken USC fashion subsidiary in the weeks before the chain collapsed, an investigation by the Guardian can reveal. The demise of USC, which was controversially bought straight out of administration by another arm of Sports Direct in January, led to about 200 workers being given just 15 minutes’ warning that they were to lose their jobs. The episode has since seen Sports Direct’s chief executive, David Forsey, charged with a criminal offence for allegedly failing to give the 30 days’ notice required for redundancies under employment law. Forsey denies the charge. Meanwhile, Ashley has been accused of using “disgraceful and unlawful employment practices” during the incident. Five ways work will change in the future. 1 | Workplace structures Forget the rigid corporate ladder – now the corporate lattice allows free-flowing ideas and career paths Browse the business section of any bookshop and you’ll find dozens of titles promising to share the secret to climbing the corporate ladder.

But the day is not far off when such books will seem as quaint and outmoded as a housekeeping manual from the 1950s. One of the key workplace trends of the 21st century has been the collapse of the corporate ladder, whereby loyal employees climbed towards the higher echelons of management one promotion at a time. The Future Workplace. 3 October 2014 Key trends that will affect employee wellbeing and how to prepare for them today. Companies are set to become increasingly employee-centric in the future. Human resources jobs, news & events - People Management. Leaveism: the new public sector epidemic. Human resources jobs, news & events - People Management. Human resources jobs, news & events - People Management. HR-inform homepage. Early Conciliation - Acas Mobile. Good practice at work - Acas Mobile. Employment law update - Acas Mobile. Acas are the employment relations experts and a trusted source of advice for employers, employees, Government and others.

Foreign Office cleaners: what do we know about low pay in Whitehall? ‘This change will be the end of the Open University as we know it’