Out Of The Phone. Father and Son; Making Photos While Breaking the Rules. Kosuke Okahara's Fukushima Impressions. Can Photojournalism Survive in the Instagram Era? An Afghan soldier protects his face from a dust storm.Balazs Gardi / Basetrack.org, Creative Commons. 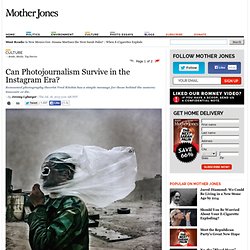 In late May, the Chicago Sun-Times took the unprecedented move of gutting its photography department by laying off 28 full-time employees, including John H. White, a 35-year veteran who had won the paper a Pulitzer. The nation's 8th largest newspaper figured it could cut costs by hiring freelancers and training reporters to shoot iPhone photos, to which Chicago Tribune photographer Alex Garcia responded: "I have never been in a newsroom where you could do someone else's job and also do yours well.

Subway Photography, Blake Eskin. Working with words is how I’ve made my living, but becoming a photographer has been a longtime fantasy, fed by the vinaigrette smell of the chemistry in the college darkroom, the monographs in the library upstairs, and all the museums and galleries and bookstores I’ve visited in the decades since. 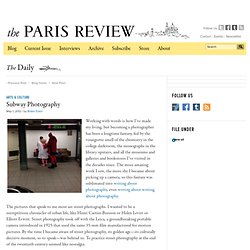 Street photography took off with the Leica, a groundbreaking portable camera introduced in 1925 that used the same 35-mm film manufactured for motion pictures. Photography in an Age of Smartphones. Is photography dying? 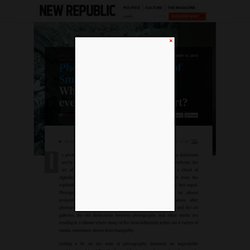 Hipstamatic to release ‘Ben Lowy lens’ with minimal image processing. The New York Times Conflict photographer Ben Lowy has championed the use of image-filtering smartphone apps such as Hipstamatic and Instagram, and now the company plans to release a new lens under his name. 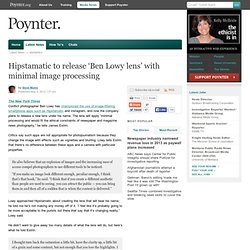 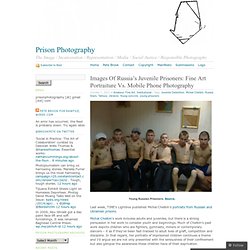 Source. Faux-Vintage Afghanistan and the Nostalgia for War. The recent and popular Hipstamatic war photos depict contemporary soldiers, battlefields and civilian turmoil as reminiscent of wars long since passed. 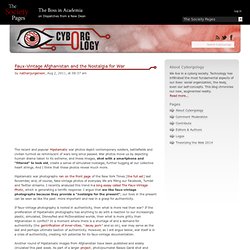 War photos move us by depicting human drama taken to its extreme, and these images, shot with a smartphone and “filtered” to look old, create a sense of simulated nostalgia, further tugging at our collective heart strings. And I think that these photos reveal much more. Hipstamatic war photographs ran on the front page of the New York Times [the full set] last November, and, of course, fake-vintage photos of everyday life are filling our Facebook, Tumblr and Twitter streams. The New Economics of Photojournalism: The rise of Instagram. Instagram has enjoyed unprecedented success, with more than 80 million users who now include some of the world's most renowned photojournalists. 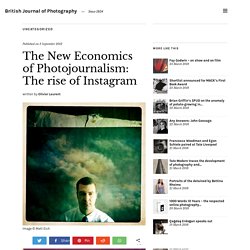 Olivier Laurent speaks with them about how Instagram is shaping the photographic industry [bjp_ad_slot] Instagram is more than just a filter application for iPhone and Android phone users. Its goal, as defined by Systrom and Krieger, was to make mobile phone photography fast, simple and beautiful. “When we sat down to start designing our product, we looked at digital photos and realised very few exciting things had happened in the last five years,” they wrote in a blog post in late 2010. 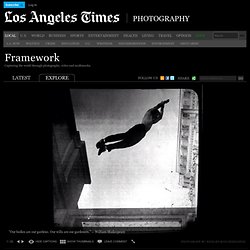 It is curated by Los Angeles Times staff photographer Barbara Davidson. twitter@photospice Richard Koci Hernandez is a national Emmy-award-winning video and multimedia producer who worked as a photographer at the San Jose Mercury News for 15 years. Culture Desk: iPhones vs. the Police. “Don’t treat me like an idiot,” a young man in a black parka said to a police officer in Zuccotti Park, on the evening of the day after the police had cleared it. 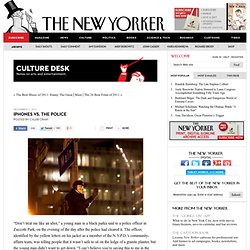 The officer, identified by the yellow letters on his jacket as a member of the N.Y.P.D.’s community-affairs team, was telling people that it wasn’t safe to sit on the ledge of a granite planter, but the young man didn’t want to get down. “I can’t believe you’re saying this to me in the United States of America,” the young man continued. The risk seemed minimal, and he believed he had the right to take it. As people became aware of the exchange, video cameras, smart phones, and S.L.R.s swiveled. Culture Desk: Instagram’s Instant Nostalgia. Photographs Are No Longer Things, They're Experiences. Stephen Mayes wields his Canon S-95 compact camera. 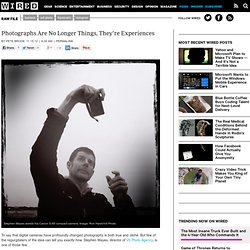 Image: Ron Haviv/VII Photo To say that digital cameras have profoundly changed photography is both true and cliché. But few of the regurgitaters of the idea can tell you exactly how. Stephen Mayes, director of VII Photo Agency, is one of those few. He argues that the rise of digital changed the very nature of photography by moving it from a fixed image to a fluid one.