Ricky Harrysson: Utmana vetenskapsideologin i skoldebatten. Clark etal 2010 math. Help wanted: looking for research that links teaching kids how to code with general problem solving skills. Last week I received an email from a colleague with an interesting question. 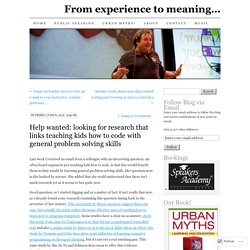 An often heard argument pro teaching kids how to code, is that this would benefit them as they would be learning general problem solving skills. Her question now: is this backed by science. Dunlosky. TricotSweller revised. Inherent intelligence has more impact than grit. Given the noble propensity of teachers to reflect on their practice even during a much-deserved holiday, many summer reading lists will have included Angela Duckworth’s book Grit. 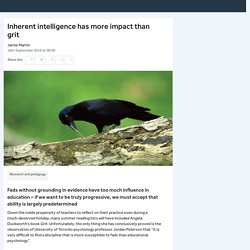 Unfortunately, the only thing she has conclusively proved is the observation of University of Toronto psychology professor Jordan Peterson that “it is very difficult to find a discipline that is more susceptible to fads than educational psychology”. There is no evidence that grit can be taught, and every minute trying to do so is one where real knowledge and skills are not passed on. We urgently need to close this gap – between what is believed in education and known in science – if we are narrow the more important one between the life chances of the poorest children and their wealthier counterparts. 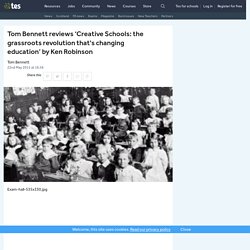 In fact, put the other ones down too.

Project Resource Toolkit. Skolforskning. Can we trust educational research? ("Visible Learning": Problems with the evidence) I've been reading several books about education, trying to figure out what education research can tell me about how to teach high school English. 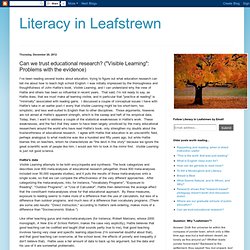 Book Review: Visible Learning. Teacher Quality, Wiggins and Hattie: More Doing the Wrong Things the Right Ways. In a blog titled “To my critics” as a follow up to his critique of Diane Ravitch’s Reign of Errors, Grant Wiggins seeks to clarify his central arguments: My point was merely to ask those who speak only of forces outside of our immediate control as educators to attend to what is not only in our control but can make a big difference….Teachers and schools make a difference, a significant one. 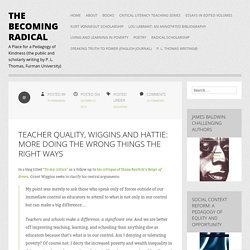 And we are better off improving teaching, learning, and schooling than anything else as educators because that’s what is in our control. Navigating the Road. (Re)visioning Alberta’s approach to evidence-informed educational improvement Alberta has a well-earned reputation for valuing the use of evidence to inform innovations and improvements in education. 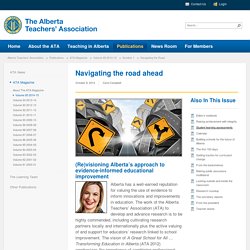 The work of the Alberta Teachers’ Association (ATA) to develop and advance research is to be highly commended, including cultivating research partners locally and internationally plus the active valuing of and support for educators’ research linked to school improvement. The vision of A Great School for All … Transforming Education in Alberta (ATA 2012) emphasizes the importance of combining professional skills, distributed leadership, school improvement and use of research by, for, and with educators as well as provincial partners. On the government side, the Alberta School Improvement Initiative (AISI), in particular, has been praised for enabling educator-led research as key to learning, innovation and improvement. 1. 2. 3. 4. 5. You can never pay enough attention to communication. Www.robinalexander.org.uk/wp-content/uploads/2013/09/Moral-Panic-Miracle-Cures-and-Educational-Policy.pdf. Lessons of the McKinsey Report.

A new McKinsey report on the economic costs of low educational achievement has drawn plenty of praise and criticism. 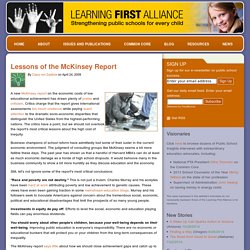 Critics charge that the report gives international assessments too much credence while paying scant attention to the dramatic socio-economic disparities that distinguish the United States from the highest-performing nations. The critics have a point, but we should not overlook the report's most critical lessons about the high cost of inequity. ProjectReport_full.pdf. Web.uvic.ca/~gtreloar/Articles/Opinion/How to Change 5000 Schools %28Ontario%29.pdf. How%20to%20Change%205000%20Schools%20%28Ontario%29.pdf. PPTA - Academics put heat on half-baked reactions. PPTA News, April 2009 p.4 The political and media stir caused by professor John Hattie's research on student achievement has prompted a group of academics to look closely at his work. 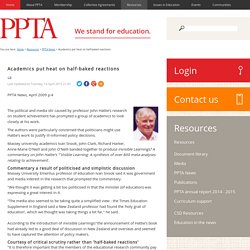 The authors were particularly concerned that politicians might use Hattie's work to justify ill-informed policy decisions. Massey university academics Ivan Snook, John Clark, Richard Harker, Anne-Marie O'Neill and John O'Neill banded together to produce Invisible Learnings? "Det är dags att kritiskt granska John Hattie" There’s no such thing as ‘best practice’ Frank Coffield For over 30 years a central plank in the reform programme for education of all governments has been the strategy of identifying and disseminating ‘best practice’. 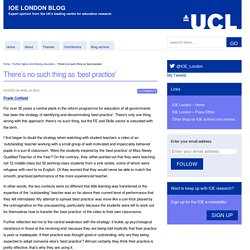 There’s only one thing wrong with this approach: there’s no such thing, but the FE and Skills sector is saturated with the term. I first began to doubt the strategy when watching with student teachers a video of an ‘outstanding’ teacher working with a small group of well motivated and impeccably behaved pupils in a sun-lit classroom. Were the students inspired by the ‘best practice’ of Miss Newly Qualified Teacher of the Year? Frank Coffield criticises Michael Portillo - Newbubbles National FE Conference 2013. Research that Counts. Why the McKinsey Reports will not improve school systems Susan Notes: Frank Coffield offers the best summary statements of two papers' flaws I've ever read. 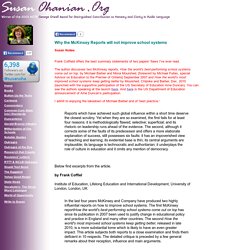 The author discusses two McKinsey reports, How the world's best-performing school systems come out on top, by Michael Barber and Mona Mourshed, [foreword by Michael Fullan, special Advisor on Education to the Premier of Ontario] September 2007 and How the world's most improved school systems keep getting better by Mourshed, Chijioke and Barber, Dec. 2010 (launched with the supportive participation of the US Secretary of Education Arne Duncan).