The last of the Mohicans - Info 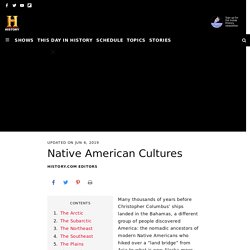 Sedentary farmers such as the Hopi, the Zuni, the Yaqui and the Yuma grew crops like corn, beans and squash. Many lived in permanent settlements, known as pueblos, built of stone and adobe. Native Americans - Origins. Christopher Columbus discovered America in 1492 - Wrong! 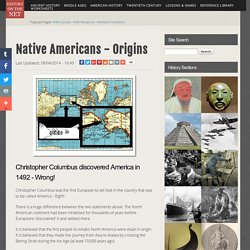 Christopher Columbus was the first European to set foot in the country that was to be called America - Right! There is a huge difference between the two statements above. The North American continent had been inhabited for thousands of years before Europeans 'discovered' it and settled there. It is believed that the first people to inhabit North America were Asian in origin.

It is believed that they made the journey from Asia to Alaska by crossing the Bering Strait during the Ice Age (at least 10,000 years ago) Native Americans - Tribes/Nations. Early Indian Tribes East of the Mississippi, 1600. Last of the Mohicans Summary. The French-Indian war is in full swing. 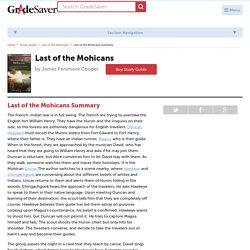 The French are trying to overtake the English fort William Henry. They have the Huron and the Iroquois on their side, so the forests are extremely dangerous for English travelers. Duncan Heyward must escort the Munro sisters from Fort Edward to Fort Henry, where their father is. Mayflower Myths - Thanksgiving. Fact: The original feast in 1621 occurred sometime between September 21 and November 11. 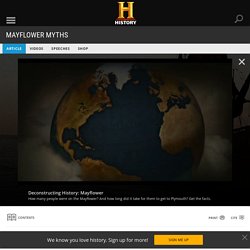 Unlike our modern holiday, it was three days long. The event was based on English harvest festivals, which traditionally occurred around the 29th of September. After that first harvest was completed by the Plymouth colonists, Gov. Full text of "american indians" - Internet Archive.