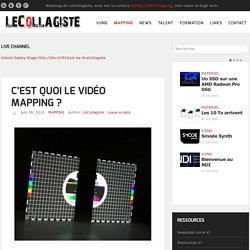 Very short throw distance, considering a mirror - AVS Forum. Home Theater Discussions And Reviews. I'm after 75 inch diagonal or better with a throw distance under 5 feet, and the trick is to do it really cheap. 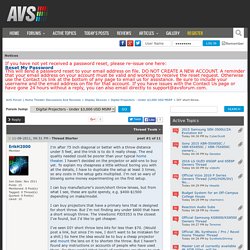 The end quality needed could be poorer than your typical home theater. I haven't decided on the projector or add-ons to buy yet. To explain my cheapness a little without boring you with all the details, I have to duplicate the setup at least 3 times, so any costs in the setup gets multiplied. I'm not so wary of blowing some money experimenting on the first setup. I can buy manufacturer's zoom/short throw lenses, but from what I see, these are quite spendy, e.g. $400-$1500 depending on make/model.

Buying Guide to Projectors. As with so many consumer products these days, selecting a projector can be daunting, since there are just so many options. 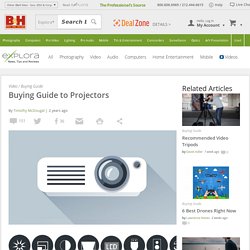 However, choosing the right projector is pretty simple as long as you can supply three pieces of information: The screen size (width, most importantly).Distance between the projector and the screen (throw distance).An estimate of the amount of ambient light present in the room in which the projector will be used. At this point you might be thinking, “Great. Keystone Correction. Part 1. 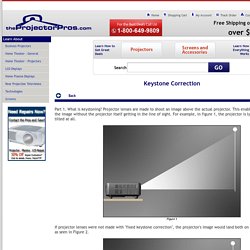 What is keystoning? Projector lenses are made to shoot an image above the actual projector. This enables an audience to see the image without the projector itself getting in the line of sight. For example, in figure 1, the projector is lying flat and is not tilted at all. Lens Shift vs Keystone Correction - Matching Projected Images To A Screen. By Robert Silva Updated June 07, 2016. 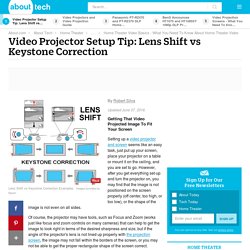 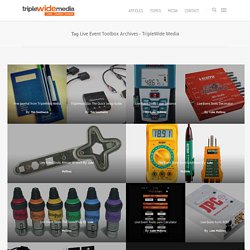 Human Face Video Mapping by Oskar & Gaspar. Beginners Guide to Projection Mapping. Amazon. Amazon. DIY Rear Projection Screen Approx $20, Cheap Homemade GREAT Picture! Amazon. DIY cheap way to build 10,000 lumens large venues projector. Ghosts, holograms, and the quest for immersion by Chris Zwar - ProVideo Coalition. Video production is a broad term that covers many different markets and industries, but despite the huge variety in people and companies making videos, it’s a pretty safe bet that none of them go out of their way to make something that’s boring and forgettable. 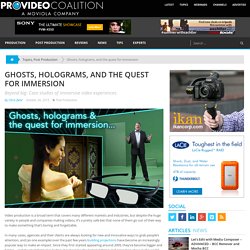 In many cases, agencies and their clients are always looking for new and innovative ways to grab people’s attention, and (as one example) over the past few years building projections have become an increasingly popular way to make an impact. Since they first started appearing around 2009, they’ve become bigger and bigger – and the Vivid festival in Sydney has become the largest lighting and projection show in the world, running for three weeks every year. Xian: The song of everlasting regretA 1,300 year old story and a 400 year old theatre trick. It’s not uncommon to find videos as part of museum exhibits, and there are companies around that specialize in producing videos and interactive kiosks for museums.

Pepper's ghost. A viewer looking through the red rectangle sees a ghost floating next to the table. 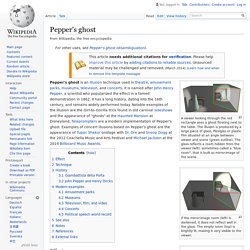 The illusion is produced by a large piece of glass, Plexiglas or plastic film situated at an angle between viewer and scene (green outline). The glass reflects a room hidden from the viewer (left), sometimes called a "blue room", that is built as mirror-image of the scene. If the mirror-image room (left) is darkened, it does not reflect well in the glass. The empty room (top) is brightly lit, making it very visible to the viewer. When the lights in the mirror-image room are raised (with the empty room being dimmed slightly to compensate), the ghost appears out of nowhere. Theater scrim Archives - Sew What? Inc. Opaque, transparent………. 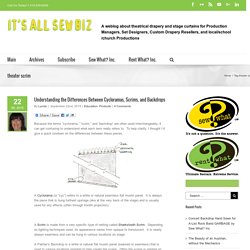 Or translucent? When buying custom made stage draperies or backdrops, what type of fabric should I choose and when? This IS a great question – and in fact one which we are asked very frequently. One of the first conversations I like to have when a new client connects with me is in fact – where is the drape going and how do you intend to use it? So here are some tips and tricks for selecting an appropriate flame retardant fabric for your stage, theatre or event, as well as some key product fabric names to put in the mix for each category. o·paque adjective 1. not able to be seen through; not transparent. Scene-stealing magic: Lighting is key to using scrims for onstage theater trickery. Software. Easy Projection Mapping Software - TABULA FaçadeSignage. Facade Signage - Video Mapping Software Review. Theatre ghost effect. Chameleon Scrim Reveal Effect. Explanation of theatrical scrim effects, special effects achieved by use of scrim effects for photography, theater, props, film and video.

General Information, Scrim EffectsReveal Effect with Scrim There are several effects that you can achieve with scrim. 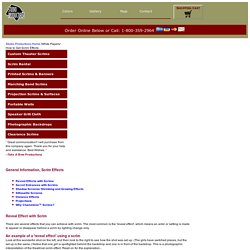 The most common is the 'reveal effect', which means an actor or setting is made to appear or disappear behind a scrim by lighting change only. An example of a 'reveal effect' using a scrim Look at this wonderful shot on the left, and then look to the right to see how the shot was set up. (The girls have switched places, but the set up is the same.) Notice that one girl is spotlighted behind the backdrop and one is in front of the backdrop. There are basically two states of a scrim: The scrim is lit from the front (audience side) and it become opaque so it looks like a solid color screen—the color is any color of light you shine on it.The scrim has no light from the front (the audience), and some subject (in this case an angel) is behind the scrim and strong light falls on the subject.

A scrim or gauze is a very light textile made from cotton, or sometimes flax. It is lightweight and translucent, which means it is often used for making curtains. The fabric can also be used for bookbinding and upholstery. Explanation of theatrical scrim effects, special effects achieved by use of scrim effects for photography, theater, props, film and video.

Using projection as backdrop. Setup Environmental Projection Guide from TripleWide Media. When I first cast the vision for TripleWide Media, I wanted to have knowledge based resources on the site of the various multi-screen applications (such as environmental projection). Even though I began writing this post this week, I feel like I have been playing it out in my head for quite some time now. This is the heartbeat of our community section and something I hope equips thousands of people and communities in the future. How To Make Your Own Video Screen from a Shower Curtain. Buying Guide to Projectors. Top 6 Tools for Environmental Projection. With all this talk about Triplewide, Edgeblending, multiscreen, environmental projection and regular single screen video surfaces, we thought it would be helpful to start the Transform Christmas campaign with the “essentials” or the tools you will most likely use this christmas if you’re looking to transform your space and create an environment.