Fall Premiere Dates For New & Returning Series 2017. The 2017-18 TV season is just around the corner, so here’s our annual rundown of fall premiere dates for new series and returning shows. 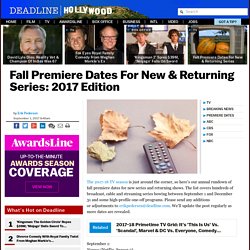 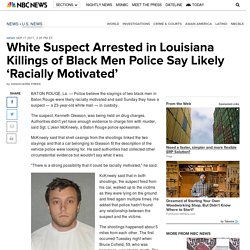 Texas Rethinks Jailing Crime Victims to Secure Testimony - WSJ. Boy crushed at rotating Atlanta restaurant. The boy was at the Sun Dial restaurant -- whose dining area topping the 73-story cylindrical Westin Peachtree Plaza Hotel rotates to give patrons a panoramic view of the city -- when he left his parents' table Friday afternoon. 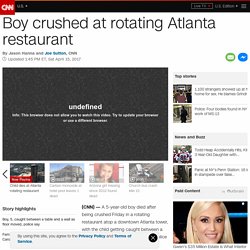 As the floor moved, the child became caught "in between maybe 4 to 5 inches of space," Atlanta police Sgt. Warren Pickard said. "A small child (doesn't) know what to do in those moments. It crushed his little, small body," Pickard said. Jay-Z: The criminal justice system stalks black people like Meek Mill. This month Meek Mill was sentenced to two to four years in prison for violating his probation. 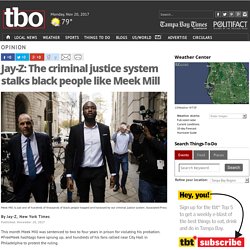 #FreeMeek hashtags have sprung up, and hundreds of his fans rallied near City Hall in Philadelphia to protest the ruling. CNN. America’s 10 Most Scenic Roadtrips. Washington Post to be sold to Jeff Bezos. Seattle-based Amazon will have no role in the purchase; Bezos himself will buy the news organization and become its sole owner when the sale is completed, probably within 60 days. 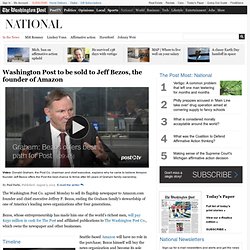 The Post Co. will get a new, still undecided name and continue as a publicly traded company without the newspaper. The deal represents a sudden and stunning turn of events for The Post, Washington’s leading newspaper for decades and a powerful force in shaping the nation’s politics and policy. Few people were aware that a sale was in the works for the paper, an institution that has covered presidents and local communities and gained worldwide attention for its stories about the Watergate scandal and, in June, disclosures about National Security Agency surveillance programs.

Post Co. chairman and chief executive Donald E. Graham and Post publisher Katharine Weymouth, his niece, broke the news of the sale to a packed meeting of employees at the company’s headquarters in downtown Washington on Monday. Zimmerman’s Brother To Piers Morgan: George Will Be ‘Looking Around His Shoulder For The Rest Of His Life. 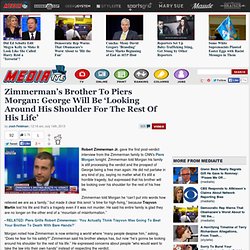 Zimmerman told Morgan his family is still processing the verdict and the prospect of George being a free man again. He did not partake in any kind of joy, saying no matter what it’s still a horrible tragedy, but expressed that his brother will be looking over his shoulder for the rest of his free life. Zimmerman told Morgan he “can’t put into words how relieved we are as a family,” but made it clear this isnot “a time for high-fiving,” because Trayvon Martin lost his life and that’s a tragedy even if it was not murder. He said his entire family is glad they are no longer on the other end of a “mountain of misinformation.” RELATED: Piers Grills Robert Zimmerman: ‘You Actually Think Trayvon Was Going To Beat Your Brother To Death With Bare Hands?’ 'Mountain Dew Mouth' Is Destroying Appalachia's Teeth, Critics Say : The Salt.

Hide captionAppalachia has a distinct culture of sipping soda constantly throughout the day. 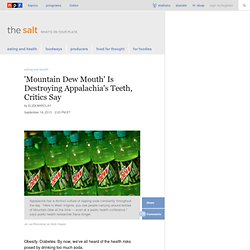 "Here in West Virginia, you see people carrying around bottles of Mountain Dew all the time — even at a public health conference," says public health researcher Dana Singer. Jin Lee/Bloomberg via Getty Images Appalachia has a distinct culture of sipping soda constantly throughout the day.