DIY. FAQs - Tan Republic. Bronze Without Borders is the EFT membership system at Tan Republic, allowing you to tan anytime at any of our locations.* With 5 convenient memberships to choose from, you’ll have the best mix of tanning beds at the price that is perfect for you! 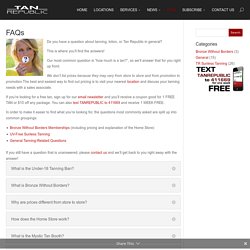 Best of all, you’ll never have to worry about purchasing new tans when you come in to the salon – your trips to Tan Republic will simply be to relax and tan. Member Benefits – Discounted monthly dues – 1/2 upgrades – 1/2 Spray tans – Member only specials – 1/2 off lotion at sign up – Can tan at any location at anytime And of course we treat you like all of our customers – like a VIP! Ask your salon associate how you can sign up for the Bronze Without Borders EFT membership program today and save! *Please note: Where your membership is purchased creates a home store for your monthly EFT payment. WATCH: Ryan reacts to becoming one of the top finalists to die on Mars. Ryan MacDonald, the intelligent young virgin who volunteered to die on Mars, just found out he made it into round 3 of the Mars One astronaut selection process. 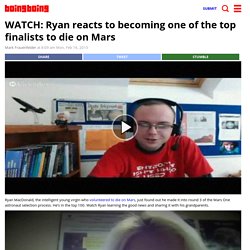 He's in the top 100. Watch Ryan learning the good news and sharing it with his grandparents. Also selected, 24-year-old Maggie Lieu (above), who said, "I’m very open to having a baby on Mars … My baby could be the first ever Martian: we’d be the Adam and Eve of Mars. " Libraries are dying? Think again. In honor of National Library Week, CNN iReport asked photographers, architecture aficionados and book lovers to share photos of their most favorite libraries such as this photograph of the University Library at the University of Illinois at Urbana-Champaign by Glenn Nagel. 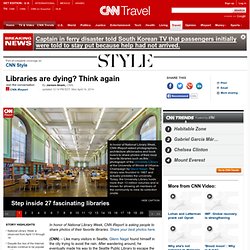 The library was founded in 1867 and actually predates the university. Today, the University Library holds more than 13 million volumes and is known for allowing all members of the community to view its collection onsite. Salt Lake City's Main Library was designed to reflect the idea that a library should be more than a "repository of books and computers. " Designed by renowned architect Moshe Safdie, the library contains a six-story curving and walkable wall, a 300-seat auditorium and a roof-top garden that offers a 360-degree view Salt Lake Valley. Oh, it also has 500,000 books and materials it houses. The William J. Vibrant Illustrations Celebrate the Magic of Everyday Life. Whether they're set in nature or in a dizzying urban environment, artist Pascal Campion's illustrations add a sense of joy to living life. 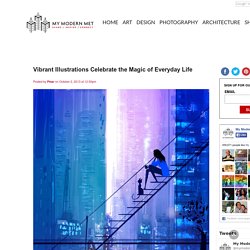 The San-Francisco-based illustrator turns a walk at night in the rain into a spectacular experience vibrating with energy and a magical zest for life. It doesn't matter what time of day or year, there's always a reason to smile. Each drawing in Campion's growing collection features its own captivating narrative. The common theme seems to be an appreciation for everyday spent on this wondrous world. Lifehacker. The Smart TV App Revolution. The app store phenomenon, centered on smartphones and tablets, has been the biggest story in software for the past five years. 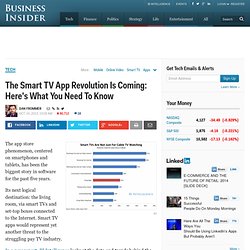 Its next logical destination: the living room, via smart TVs and set-top boxes connected to the Internet. Smart TV apps would represent yet another threat to the struggling pay TV industry. In a new report, BI Intelligence looks at the data and trends behind the TV app market, explains why it's still nascent and messy, and why significant growth seems inevitable. A successful TV app platform could significantly shift the balance of power in entertainment, and allow for much greater probabilities of success among newcomers versus incumbents. Access The Full Report And Data Including The PowerPoint Version By Signing Up For A Free Trial Today >> Why is an apps-enabled living room so exciting? Animals Can Be Jerks - Supercut Compilation 2013! Pearltree.

How much can an extra hour's sleep change you? 9 October 2013Last updated at 04:24 ET The average Briton gets six-and-a-half hours' sleep a night, according to the Sleep Council. 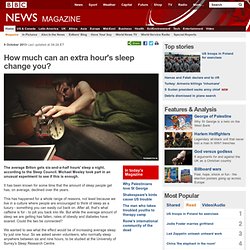 Michael Mosley took part in an unusual experiment to see if this is enough. It has been known for some time that the amount of sleep people get has, on average, declined over the years. This has happened for a whole range of reasons, not least because we live in a culture where people are encouraged to think of sleep as a luxury - something you can easily cut back on. After all, that's what caffeine is for - to jolt you back into life. We wanted to see what the effect would be of increasing average sleep by just one hour. The volunteers were randomly allocated to two groups.

While we were waiting to see what effect this would have, I went to the John Radcliffe hospital in Oxford to learn more about what actually happens when we sleep. In the Sleep Centre, they fitted me up with a portable electro-encephalograph, a device that measures brain wave activity.