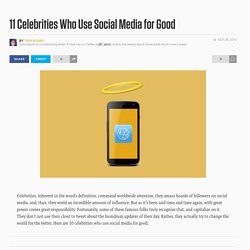 Not only does she work tirelessly to promote minority groups’ visibility in Hollywood with her production company Unbelievable Entertainment—whose programs like Devious Maids she always promotes on Twitter—but she also spreads the word about her self-titled foundation. With Eva Longoria Foundation, Longoria makes it her mission to encourage young Latinas, specifically, and help them build better and brighter futures, from providing school scholarships to career support. The rise of new celebrity on social media. Humanism is growing faster than Islamism. Non-belief is the fastest growing category of belief; Islamists are worried My Times column on the rise of non-belief: Fifty years ago, after the cracking of the genetic code, Francis Crick was so confident religion would fade that he offered a prize for the best future use for Cambridge’s college chapels. 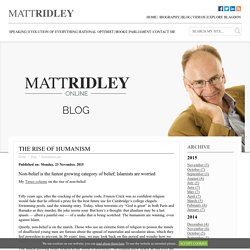 Swimming pools, said the winning entry. Today, when terrorists cry “God is great” in both Paris and Bamako as they murder, the joke seems sour. But here’s a thought: that jihadism may be a last spasm — albeit a painful one — of a snake that is being scotched. ABOUT. I’m Faya, a Swedish personal trainer and fitness blogger based in London’s West End. 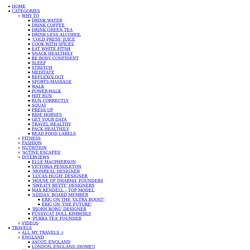 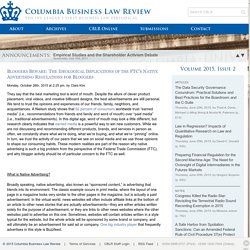 Despite the allure of clever product placement, viral videos, and creative billboard designs, the best advertisements are still personal. We tend to trust the opinions and experiences of our friends, family, neighbors, and acquaintances. A Nielson study shows that 92 percent of consumers worldwide trust “earned media” (i.e., recommendations from friends and family and word of mouth) over “paid media” (i.e., traditional advertisements). In this digital age, word of mouth may look a little different, but research clearly indicates that earned media is a powerful way to win new customers.

YouTube stars share comments left by trolls as part of anti-bullying campaign. Grace Helbig, Trevor Moran, Amanda Steele and more are featured in the video for Ad Council's I Am A Witness campaignThe campaign encourages those who sees online bullying to take action and use the new eye emoji to show that the comment is not acceptableYouTuber and anti-bullying activist Lizzie Velasquez, who was once dubbed 'the world's ugliest woman' is also featured By Erica Tempesta For Dailymail.com Published: 22:36 GMT, 22 October 2015 | Updated: 08:58 GMT, 23 October 2015. 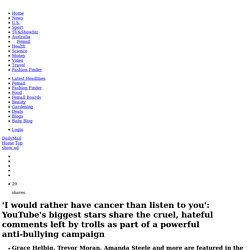 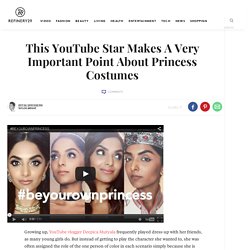 " And as far as Disney princesses go, she was always Jasmine. "To be completely honest, I always wanted to be Jasmine growing up, but looking back, I think it's because I felt like it was the only option," Mutyala tells us. YouTube star shares her journey with holistic infertility treatments. Now GloZell is taking on a new challenge: sharing her experience trying to conceive a child. 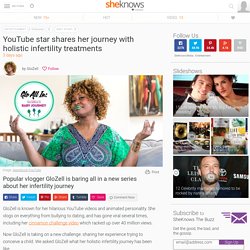 We asked GloZell what her holistic infertility journey has been like. 12 Older Celebrities Just Being Themselves On Twitter. How to Build Organic Growth Organically in Social Media. These three tips can help you build an organic community in social media through non-paid efforts. 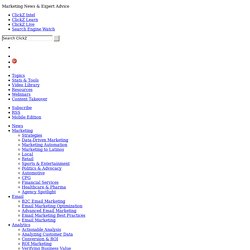 As brand marketers look to capture more customers on social media and previously hesitant chief executives (CEOs) begin to dip their toes into places like Facebook marketing in 2015, this begs the question, "How do we build organic growth through non-paid efforts? " I am here to tell you, after 15 years in the online branding business, as it were, that the real way to make friends, influencers, PR buzz, and new customers requires some true authenticity. Let me share three of the many ways you can start to build organic community development via social media marketing: The Number One Thing Consumers Want From Brands? Honesty. Imagine for a second you could dictate and decide what value big brands bring to the world. 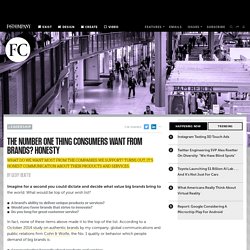 What would be top of your wish list? A brand's ability to deliver unique products or services? Would you favor brands that strive to innovate? Essena O'Neill: Instagram users follow suit by sharing pictures with 'honest captions' As Instagram and YouTube influencers rush to prove their channels are comprised of more than just covert adverts, some are following the example set by Essena O’Neill and re-captioning their images with the truth about how they arrived at the final, 'perfect', picture. 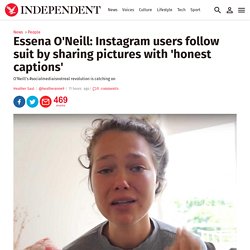 The 19-year-old model from Queensland, Australia, quit Instagram and YouTube after exposing the reality behind paid for posts to her 600,000 followers. In an emotional video, O’Neill said the pressure of looking perfect and projecting an idyllic lifestyle had left her miserable. The Search for Authenticity: A Bold Way to Build Brands and Business: PRSA. December 31, 2014 “Authenticity.” It’s a word that brand strategists are using more and more in theoretical terms. But what does it actually mean in the context of real-world communications with consumers today? We investigated that question for Cohn & Wolfe’s “Authentic Brands 2014,” a study of 12,000 people in key markets around the world, including the United States. International Trend Interpretation Agency » Informed consumers are demanding brutal honesty.

We’ve recently finished researching our latest trend: the complex world. It describes the complex world we live in and the impact it has on consumer trust and consumer behavior. There are several aspects of the world today that create a feeling of complexity with consumers. Essena O'Neill. Instagram Star Quits Social Media in Powerful Goodbye Video.

In the age of “likes,” this is something you may not. Or maybe you will. Essena O’Neill, 18, an Australian Instagram sensation with more than a half million followers, has released a thoughtful YouTube video in which she gives a detailed explanation why she’s quitting social media. O’Neill’s 17-minute video explains the perils of social media: I am the girl that had it all. Instagram Model Defends Social Media In Powerful Letter To Essena O'Neill.

Laugh with the Biggest and Best Comedy Stars Win Tickets to the New York Comedy Festival! Instagram Celebrity Kayla Itsines Responds to Essena O'Neill Quitting Social Media. Which Social Media Trends Should Your Startup Invest in Next Year? Social Media in SEO: Proper Usage Guide. SMM and SEO are officially considered to be two different paths and courses of action. However, why bother about developing your social media marketing and search engine optimization strategies separately, if you might combine them and get double profit? Meet Britain's most influential YouTube vloggers with a combined reach of 20m. Zoella bought £1m house in Brighton to live in with boyfriend Alfie DeyesDeyes is the YouTube vlogger behind the PointlessBlog and related bookTanya Burr has top-selling beauty range and sell-out book Experts say top vloggers charge £20,000 to £50,000 for a five-minute video By Bianca London for MailOnline Published: 09:46 GMT, 21 February 2015 | Updated: 16:35 GMT, 21 February 2015.

25 Vloggers Under 25 Who Are Owning The World Of YouTube. Zoella and the Top 10 UK YouTube vloggers. Bumpkin Betty - Top UK Fashion and Lifestyle Blog. Top 20 Lifestyle blogs of 2015. Top 50 UK Blogs. Updated 30/09/2015. 1. Guido Fawkes Blog. London Lifestyle UK Top 10. Vlogging YouTube stars guide & UK vloggers ones to watch Zoella Afrie Deyes. The Line Blurs Between Bloggers and Celebrities. 10 Insights on Social Media and Blogging Influence: New Research. Blogging started as personal online diaries, Twitter popped up first as an internal podcasting platform and Facebook was born out of a frustrated date. The journey of online publishing and social networks was never a grand plan but it is the evolution of humans playing on a web canvas that continues to surprise us with its speed, reach and role in influencing buying decisions, building trust and marketing personal and business brands. A decade later the internet landscape is unrecognizable.