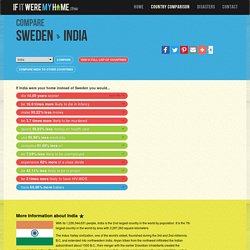 It is the 7th largest country in the world by area with 3,287,263 square kilometers. The Indus Valley civilization, one of the world's oldest, flourished during the 3rd and 2nd millennia B.C. and extended into northwestern India. Aryan tribes from the northwest infiltrated the Indian subcontinent about 1500 B.C.; their merger with the earlier Dravidian inhabitants created the classical Indian culture. The Maurya Empire of the 4th and 3rd centuries B.C. - which reached its zenith under ASHOKA - united much of South Asia. The Golden Age ushered in by the Gupta dynasty (4th to 6th centuries A.D.) saw a flowering of Indian science, art, and culture. The British Empire and India. Representation - Further Considerations. Below are extracts from interviews with Danny Boyle (Director) and Simon Beaufoy (Writer). 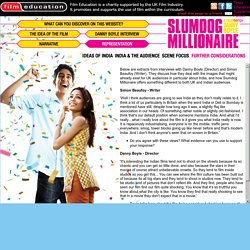 They discuss how they deal with the images that might already exist for UK audiences in particular about India, and how Slumdog Millionaire offers something different to both UK and Indian audiences. Simon Beaufoy - Writer 'Well I think audiences are going to see India as they don't really relate to it. I think a lot of us particularly in Britain when the word India or Deli or Bombay is mentioned have still, despite how long ago it was, a slightly Raj like association in our heads. Of something rather noble or slightly old fashioned. Slumdog Millionaire - English Exercises, Games and Worksheets. Slumdog. Diwali. An Indian festival Did you know that Diwali is one of the biggest events in the Indian calendar? 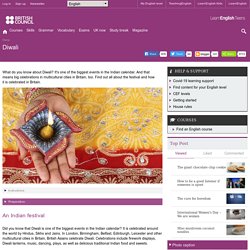 It is celebrated around the world by Hindus, Sikhs and Jains. In London, Birmingham, Belfast, Edinburgh, Leicester and other multicultural cities in Britain, British Asians celebrate Diwali. Indian Culture: Traditions and Customs of India. India’s culture is among the world's oldest; civilization in India began about 4,500 years ago. 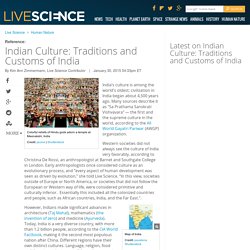 Many sources describe it as "Sa Prathama Sanskrati Vishvavara" — the first and the supreme culture in the world, according to the All World Gayatri Pariwar (AWGP) organization. Western societies did not always see the culture of India very favorably, according to Christina De Rossi, an anthropologist at Barnet and Southgate College in London. Early anthropologists once considered culture as an evolutionary process, and ”every aspect of human development was seen as driven by evolution,” she told Live Science. Hinduism - Hinduism Religion - Hindu Religion - Hindu Religion India - Hindu Religion History. Hinduism is the oldest religion in the world. 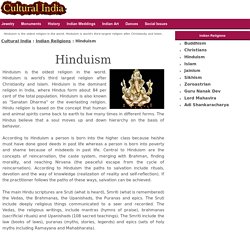 Customs and traditions have always been an important part of every religion and culture. 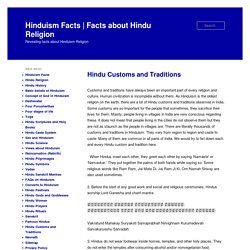 Human civilization is incomplete without them. As Hinduism is the oldest religion on the earth, there are a lot of Hindu customs and traditions observed in India. Some customs are so important for the people that sometimes, they sacrifice their lives for them.