A Day at Pentagram New York: an insight into the partners, politics and personalities. Paula joined Pentagram in 1991 and was at that time the only female partner. 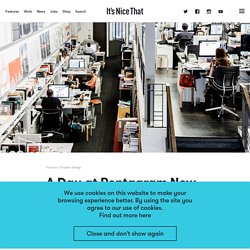 She had previously built a successful studio with Terry Koppel, but when he moved to Esquire she decided her career would benefit from the kind of doors the Pentagram name opened. “There were things that didn’t feel totally right in the fit but I knew if I joined Pentagram I would be able to get jobs at a larger scale than I would ever have been able to get on my own. It was totally practical but joining at the beginning was rough and very unpleasant. Going to partners’ meetings, especially the London guys, the original members, were fairly brutal. Do Fest Summit. Bringing together the doers and the decision-makers The Do Fest Summit will introduce you to imaginative ideas and ways that we are working in Dudley borough. 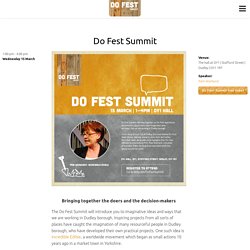 Inspiring projects from all sorts of places have caught the imagination of many resourceful people in Dudley borough, who have developed their own practical projects. One such idea is Incredible Edible, a worldwide movement which began as small actions 10 years ago in a market town in Yorkshire. Pam Warhurst, founder of Incredible Edible will share stories and learning from people who believe that small actions have power, and who get on and do things. People who don’t ask for permission or wait for money. The Do Fest Summit is bought to you by national charity IVAR (the Institute for Voluntary Action Research) and the CoLab Dudley team. How Newspaper Supplements Took On Fashion Magazines. LONDON, United Kingdom — It’s an uncertain era for fashion magazines. 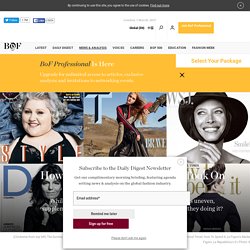 In the last year, Condé Nast shuttered men’s style magazine Details, cut staff at Glamour, GQ and Self, and relocated Teen Vogue’s entire team to Vogue.com’s floor in One World Trade Center, sparking speculation that the teen title’s days are numbered. In the UK, consumer magazines haven't posted an industry-wide annual increase in print advertising since 2005, according to The Advertising Association and Warc report, which tracks ad-spend data.

Last year, the US Association of Magazine Media (MPA) stopped releasing its annual ad page counts, making it harder to gauge the industry’s performance, and sending signals that all is not well. And according to media intelligence firm Kantar Media, print ad revenues at consumer magazines in the US fell 6.2 percent year-on-year in the first half of 2015. Design Economy report web Final 140217 Yea 1. Caffeinating Change: How Can Coffee Shops Drive Social Change? Coffee Shops. 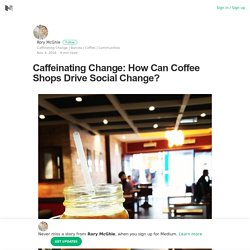 Depending on who you are they hold a very different level of importance or influence on your life. For the better part of the last 600 years it has been a nexus for people to meet and converse. Social business - Wikipedia. Social business was defined by Nobel Peace Prize laureate Professor Muhammad Yunus and is described in his books.[1][2] In these books, Yunus defined a social business as a business: Created and designed to address a social problemA non-loss, non-dividend company, i.e.It is financially self-sustainable andProfits realized by the business are reinvested in the business itself (or used to start other social businesses), with the aim of increasing social impact, for example expanding the company’s reach, improving the products or services or in other ways subsidizing the social mission. 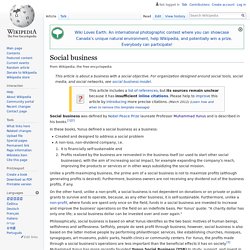 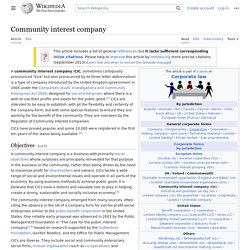 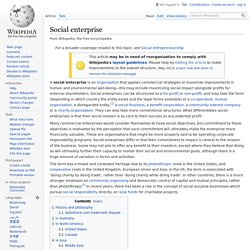 These are organisations that might be more properly said to be operating corporate responsibility programs. Social enterprises differ in that their commitment to impact is central to the mission of the business. Some may not aim to offer any benefit to their investors, except where they believe that doing so will ultimately further their capacity to realize their social and environmental goals, although there is a huge amount of variation in forms and activities. The term has a mixed and contested heritage due to its philanthropic roots in the United States, and cooperative roots in the United Kingdom, European Union and Asia. 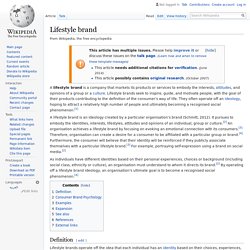 Lifestyle brands seek to inspire, guide, and motivate people, with the goal of their products contributing to the definition of the consumer's way of life. They often operate off an ideology, hoping to attract a relatively high number of people and ultimately becoming a recognised social phenomenon.[1] A lifestyle brand is an ideology created by a particular organisation’s brand (Schmitt, 2012). As individuals have different identities based on their personal experiences, choices or background (including social class, ethnicity or culture), an organisation must understand to whom it directs its brand.[2] By operating off a lifestyle brand ideology, an organisation’s ultimate goal is to become a recognised social phenomenon.[4] Definition[edit] Factors that influence consumer decision process Consumer self-expression Perceived Brand Value Retail Brands. 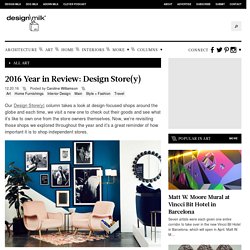 A Visit to Unlimited There are lots of undiscovered gems—from housewares to jewelry—in this Brighton, UK shop that went from popup to permanent. A Visit to Click! Design That Fits We chatted with the owners of Click! About how they became retailers, supporting the local community, and new challenges they face.