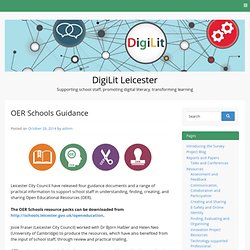 The OER Schools resource packs can be downloaded from Josie Fraser (Leicester City Council) worked with Dr Björn Haßler and Helen Neo (University of Cambridge) to produce the resources, which have also benefited from the input of school staff, through review and practical trialling. OER are learning materials (including presentations, revision guides, lesson plans) that have been released under an open licence, so that anyone can use, share and build on them for free. Digital Citizenship: Developing a Culture of Trust and Transparency. An acceptable use policy is a document that is present in every school district around the country. 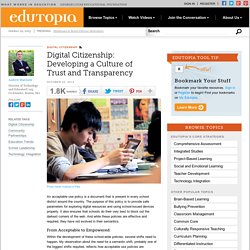 Www.theparentzone.co.uk/sites/default/files/attachments/VM Resilience Report.pdf. Call for teens to self-regulate net use. Kidscape - Staying safe online. Alongside the wonderful and exciting things that the web brings, there can be hidden dangers as well. 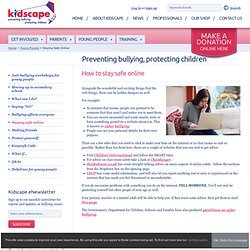 For example: In internet chat rooms, people can pretend to be someone that they aren't and entice you to meet them. You can receive unwanted and nasty emails, texts or have something posted on a website about you. This is known as cyber bullying. How 'home hackers' spy on you and your children... with YOUR webcam: The shocking evidence that shows how private lives are snooped on and streamed live on web   Investigation reveals 'home hackers' are spying on people through webcams Vulnerable devices include baby monitors and domestic security cameras 350,000 such cameras are bought every year in the UK by individuals Many fail to change the default passwords leaving them open to hackers Experts say thousands may not be aware hackers are able to spy on them By Simon Murphy and Ian Gallagher for The Mail on Sunday Published: 21:01 GMT, 20 September 2014 | Updated: 22:49 GMT, 20 September 2014 Security camera footage from inside homes, offices and shops across Britain is being intercepted and broadcast live on the internet – without the owners’ knowledge. 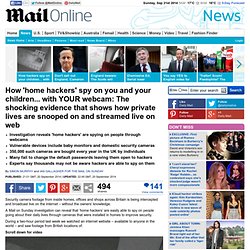 Twiducate - Social Networking & Media For Schools. Digital Literacy and Citizenship Classroom Curriculum. A Must See Graphic on Creative Commons for Students. — iKeepSafe. iKeepSafe would like to thank the many experts who contributed to Copyright & Creativity for Ethical Digital Citizens. 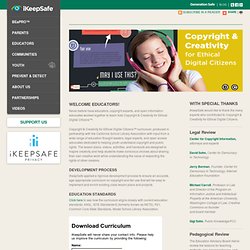 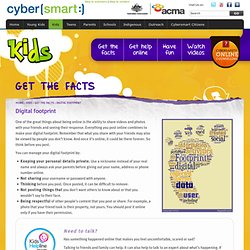 Everything you post online combines to make your digital footprint. Remember that what you share with your friends may also be viewed by people you don’t know. And once it’s online, it could be there forever. So think before you post. You can manage your digital footprint by: Keeping your personal details private.

Need to talk? Has something happened online that makes you feel uncomfortable, scared or sad? Apple outrages users by automatically installing U2 album on their devices whether they asked for it or not. Songs of Innocence album was automatically added to iOS devicesIt was added to iTunes Store customers in 119 countriesUsers have taken to Twitter and Facebook to express outrage at the plansOthers have moaned the album is difficult to remove from their devicesReports claim Apple paid the band $100 million as part of the deal By Victoria Woollaston for MailOnline Published: 13:36 GMT, 12 September 2014 | Updated: 16:25 GMT, 12 September 2014 Since the launch of the iTunes Store in 2003, U2 has been a strong, musical ambassador for Apple. 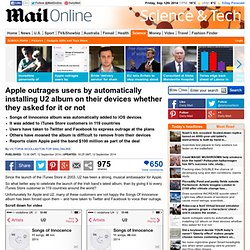 So what better way to celebrate the launch of the Irish band’s latest album, than by giving it to every iTunes Store customer in 119 countries around the world? Paedophile Adam Brown groomed a schoolboy on Facebook and made him sneak from home at night. A paedophile groomed a schoolboy on Facebook and got him to creep away from home in the middle of the night for a meeting. 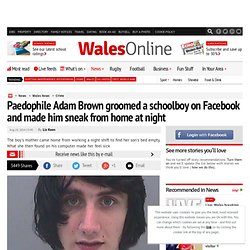 But Adam Brown, 21 – who changed his name to Logan Brown by deed poll – was caught when the distraught mother of his victim turned detective to trap him. Brown had begun talking to the boy after posting videos of himself online, telling jokes and inviting people to say whether they found them funny. Cardiff Crown Court heard the mum worked nights and left her son and other children with their grandmother. But when she returned on July 3 she found the family’s dog behaving oddly – and when she went to check on the family, she discovered the boy’s bed was empty. Guidelines on prosecuting cases involving communications sent via social media.