Chaotic Pendulum by Justin Mezzell - Dribbble. DNA by Shane O'Brien - Dribbble. Proverbs 2 6 by Liliya Moroz - Dribbble. Beresnev. The Vinyl Art of Video Game Soundtracks. You don’t have to be a video game aficionado to appreciate the graphic design of these enticingly collectible vinyl releases of each title’s respective soundtrack. 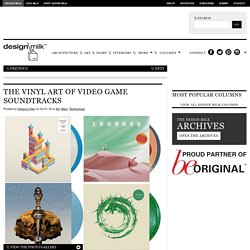 As someone who has been dedicated to listening to more music on vinyl again, it’s going to be difficult to not give into the temptation to collect all four of these record releases for gaming titles on the basis of graphic design alone: Monument Valley (which we once called, “the most beautiful game“), Journey, Guild Wars 2: Heart of Thorns, and Uncharted: The Nathan Drake Collection. Each record is pressed with colorful 180gram vinyl, accompanied with beautiful gatefold artwork within. iam8bit is the creative production company founded by Jon M.

Gibson and Amanda White, and responsible for partnering with each game’s developer to produce these collectible releases (if you’re a Los Angeles resident, be sure to swing into their gallery for other similarly themed art exhibitions). 3D Artist & Motion Designer. Rediscovered abandoned architecture and forgotten heritage. Photographer Matt Emmett has been taking pictures of hidden locations across northern europe for the last three years. 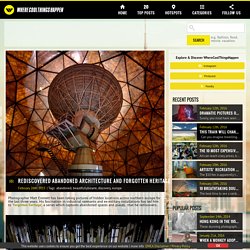 His fascination in industrial remnants and ex-military installations has led him to ‘forgotten heritage‘, a series which captures abandoned spaces and places.. that he rediscovers.. Share This Image credits: Matt Emmett. Behind the Scenes with an Urban Explorer in New York. Amazing Day to Night Photos of US National Parks by Stephen Wilkes. To celebrate the 100th anniversary of the founding of the National Park Service in 2016, National Geographic has launched a yearlong exploration of the Power of Parks to help people better understand the wonders and challenges of parks around the world. 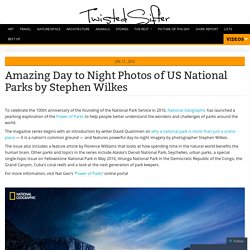 The magazine series begins with an introduction by writer David Quammen on why a national park is more than just a scenic place — it is a nation’s common ground — and features powerful day-to-night imagery by photographer Stephen Wilkes. The issue also includes a feature article by Florence Williams that looks at how spending time in the natural world benefits the human brain.

Other parks and topics in the series include Alaska’s Denali National Park, Seychelles, urban parks, a special single-topic issue on Yellowstone National Park in May 2016, Virunga National Park in the Democratic Republic of the Congo, the Grand Canyon, Cuba’s coral reefs and a look at the next generation of park keepers. In a middle of planning my next adventure to the islands of Japan and couldn't help surfing and looking for the street photographers that scattered the cities to find us the best angles of Japan. 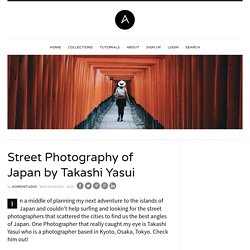 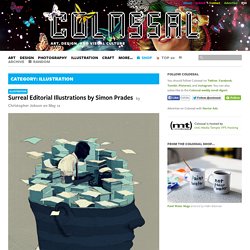 The Week in Sketches. Playing with ideas based on... - Niel McLaren. It has been said often enough that beauty is in the eye of the eye of the beholder and if you look closely enough, you can actually see beauty in everything. 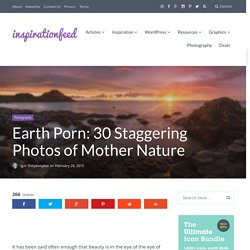 Those are nice words to live by and they do show you a great way to appreciate the earth but sometimes, to see truly magnificent views, you will have to travel to different places where Mother Nature hides her best features. Her Secrets Mother Nature has many different mysteries and faces that are not always exposed so randomly and casually.

For people who appreciate the earth and what she means, the photos shown below will have you breathless and disbelieving. There is nothing quite like seeing these sights captured on film, and so skillfully at that. All over the world, there are secret pockets of such lush beauty that they will have you in gales. It is impossible to look at these scenes and not feel your place in the universe. The Pictures. ALPINE 4K TIMELAPSE. Sunga Park on Behance.