Bartkira the Animated Trailer. Skull Helmets? Are We The Baddies? Don’t Fear the Yurei: how F.E.A.R. successfully embodies the traits of Japanese horror. The Taken King's Art, Like Destiny's, Is Killer. Good Evening, Kotaku. Guy Builds Actual Handheld Railgun. Prey for the Gods Is Basically Shadow Of The Colossus, For The PC. Smokin' Category 6 Kaiju Requires Urgent Jaeger Intervention. Japan Comes To Life in Retro-Style GIFs. More Retro Style GIFs Show Modern Japan. Fans Are Making A Spiritual Successor To P.T., And It Looks Terrifying. Beautiful double exposure photos merge animals with their natural habitats. While plenty of animals have the ability to blend into their habitats, Norwegian visual artist Andreas Lie’s animals can do it even better: they are the habitat. 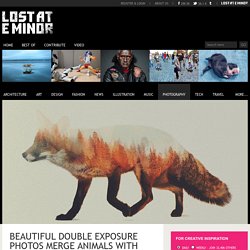 By merging two photographs together, Lie creates double exposure images that show wild animals being one with their natural surroundings. For instance, the northern lights become part of a polar bear while a pine-covered forest gives a fox its beautiful red coat. Having grown up in Bergen, Norway, Lie has used the surroundings he grew up in – specifically the seven mountains surrounding the city – as inspiration for his whimsical series. 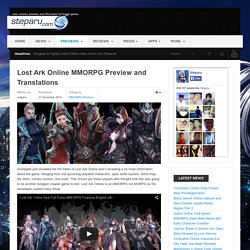 Ranging from the upcoming playable characters, open world system, world map, life skills, combo system, and more. This should put those players who thought that this was going to be another dungeon crawler game to rest. Lost Ark Online is an MMORPG not MORPG as the developers stated many times. The Current Playable Classes Battle Master - Elemental System Battle Master is a female monk who specializes in close range combat she can deliver devastating attacks and combos. Devil Hunter - Multi Weapon System The Devil Hunter is pretty much like Dante from the Devil May Cry series one bad ass hunter! Arcana - Roulette System Arcana is one of the many ranged DPS classes with gambling abilities and arcane magic. 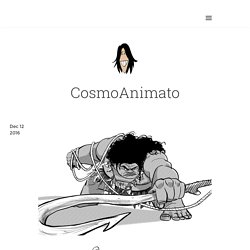 Moana facial expressions. It was very challenging to make her every expressions and attitudes look like a 14 year old girl. A Collection Of Dark, Beautiful Sci-Fi Art. It's a matter of skill and time. 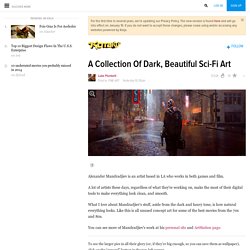 I'm bad at drawing but I'd like to start practicing every now and then, never going to reach that height, but I'll at least be able to draw something I'm imaging which would be pretty cool. Now where's a good online course for newbies... Flagged I went to college for art and graphic design, so I've done quite a bit of life drawing classes (though I've yet to finish - hope I'll go back some day). You might not have a teacher walking up to you, looking at your work and telling you what's good/what needs improvement while you're drawing a nude model or a bowl of fruit, but drawing from life will help you immensely, and that'll help for when you draw from imagination.

Best of luck! Thanks, though I'm mostly interested in drawing in landscapes and wide areas. Then your best bet is to draw cities, and of course landscapes. Final Fantasy VII, Redesigned. Modern Japan, Illustrated. Horrifying Pop Icon Illustrations By Ben Chen. That Time Aliens Landed In The 80's And We Were Totally Cool With It. Japan In 2202 Looks Exactly Like You'd Expect.