Inspiring couple shows how living small can let you chase your big dreams. Creative Couple's Stunning Tiny House Cost Only $17k! Rob Greenfield - This is one of the most amazing tiny... Tiny Homes: A Micro Life. "Will We All Fit?" 5 Tiny House Families - The Tiny House. I often hear from people who would love to live in a tiny house, but who don’t believe they can because they have a family. 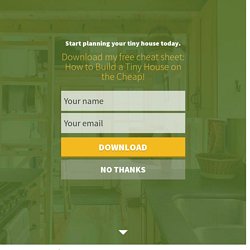 Some people have one kid. Others have three kids and a dog. And plenty more don’t have kids right now, but know they will want them in the future. Tiny House Nation: The First 24. Tiny House Hunting: Season 2. Upload Watch more FYI FYI Television Network Loading... 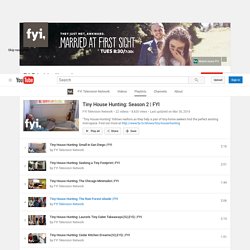 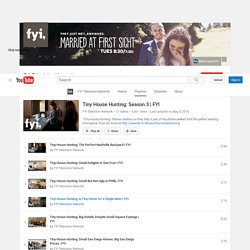 Working... ► Play all. Tiny House World. Top 20 Most Viewed Tiny House Clips. Tiny House Nation: Season 3. New Episodes Saturdays 9/8c. Meet the Halls and their lovely tiny abode. So much space for a tiny house, it serves as home for a family of three. 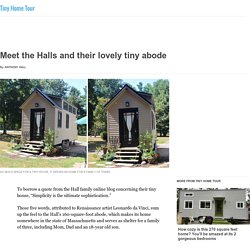 To borrow a quote from the Hall family online blog concerning their tiny house, “Simplicity is the ultimate sophistication.” Those five words, attributed to Renaissance artist Leonardo da Vinci, sum up the feel to the Hall's 160-square-foot abode, which makes its home somewhere in the state of Massachusetts and serves as shelter for a family of three, including Mom, Dad and an 18-year old son. This home has clean, precise lines and clearly reflects the family's embrace of a tiny living lifestyle. 17 kvadratmeter imponerande minihus på hjul – Hus & Hem. 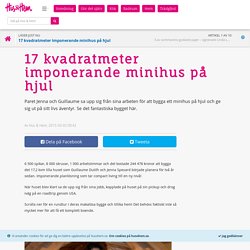 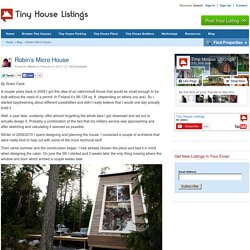 A Texas design student built a tiny house to shelter his broke student ass and live debt-free         Design student Joel Weber is a third-year university student who found that living near campus was unaffordable, costing upwards of $800 per month in rent. 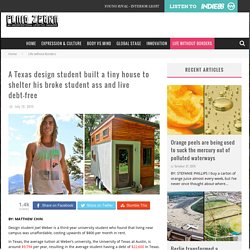 In Texas, the average tuition at Weber’s university, the University of Texas at Austin, is around $9,794 per year, resulting in the average student having a debt of $22,600 in Texas. To live near his university without paying overpriced fares, Weber built his own mobile tiny home to shelter his broke student ass well after he graduates. The almost 13.5 sq. metre house costs $20,000 and was built with the help of a volunteer carpenter and an electrician. A former homeless man released the blueprints for an incredible off-grid solar home for only $2,000. When misfortune strikes it comes in threes. 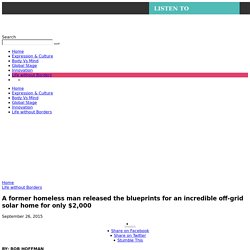 Sometimes you just have to bite the bullet, and other times it’s an excuse to innovate. Gold Thread Tiny House. Amazing couple quits their jobs to travel North America in a tiny house. Wish you could quit your 9-to-5 day job and live a life of travel? 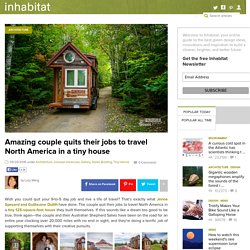 That’s exactly what Jenna Spesard and Guillaume Dutilh have done. The couple quit their jobs to travel North America in a tiny 125-square-foot house they built themselves. If this sounds like a dream too good to be true, think again—the couple and their Australian Shepherd Salies have been on the road for an entire year clocking over 20,000 miles with no end in sight, and they're doing a terrific job of supporting themselves with their creative pursuits. Spesard, 28, and Dutilh, 30, built their tiny house in pursuit of a mortgage-free lifestyle that would let them swap their full-time jobs in Los Angeles for their dream careers of being travel writers and photographers. After one year of building and $30,000 in expenditures, the couple set off on their Tiny House Giant Journey, starting from Shelbyville, Illinois on September 2, 2014 and through to Valdez, Alaska, where they’re currently traveling. Adventures of a homestead in the making; California, 2014: Friends, family and the birth of our Utopia the Tiny House.

Some people call their family when they go into labor and are having their first born. 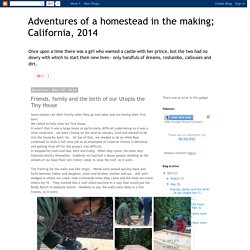 We called to help raise our first house. It wasn't that it was a large home or particularly difficult undertaking as it was a time constraint - we were closing on the land on January 22nd and wanted to be into the house by April 1st. On top of that, we needed to do so while Ross continued to work a full time job as an employee at Creative Visions in Monterey and getting time off for the project was difficult. In stepped his mom and dad, Nick and Cathy. When they came, his sister Anji followed shortly thereafter.

The framing for the walls was like magic. Once this was done, it was simply a matter of putting the truck on the end of the hitch and cranking it up the hillside. Unless the tires are bald and it has been raining on the clay and redwood feather mush you're trying to climb. "There is where you live now," Someone commented. "Should we wait til' it dries? " "Nah. It didn't last long. “We The Tiny House People” (Documentary) Treading TINY - Humble housing. Lightly living. The journey of lil' Mamas + baby girl, embracing a more sustainable, free life. To fill this life, with words, art, and maintain a lovely living forest. TinyHousers - MiniMotives. Hi Macy. I’ve been meaning to make a list like this one for years, but, alas, now I won’t have to.

Thank you so much for taking it on for all of us. I suppose it speaks to the fragility of my own unfettered ego that the first thing I did here was look to see if my closest friends and I are included. It’s cause for celebration when old-timer-tiny-housers like Les Walker of “Tiny Houses”, Dee Williams of PAD, Greg Johnson of The Small House Society, Steven Marshall of Little House on a Trailer and me can now google “tiny house” and find so much great stuff like your list. In our day, there was barely anything; and what there was wasn’t always so top-notch; and we had to walk 8 miles thru snowdrifts to to find it; and it was uphill… BOTH WAYS! We couda’ been contenders, Macy! But seriously, Macy. Jay Shafer fourlightshouses.com. 2 Dogs, 1 Cat and A Tiny house. Tiny-house-deck-river-view-small - River Cabin Pictures - Tiny House Nation - FYI Network.

Couple's quest to settle down in mini-home encounters unexpected roadblock. Long-term stays by these mini-houses are illegal in Maine and elsewhere, complicating a couple's efforts to put down roots. Tommy and Dewey Reen have been downsizing since they moved out of the colonial house they bought in Cape Cod when they got married eight years ago. They moved in and out of cottages and condos throughout the country, then finally built their dream home – a 288-square-foot, one-room house on wheels. Now they just need a place to put it. The owners of an over-the-phone life-coaching business, the couple in their 30s can live anywhere they can get a cell signal. They’ve zeroed in on either South Portland or Cape Elizabeth, because they are near Dewey Reen’s family, or California. Where they end up will depend on who is willing to host them. “The universe will tell us where it wants us to be,” Tommy Reen said. The Reens’ quest represents a common hurdle facing the growing number of people building small, efficient homes, known as tiny houses.