Awareness of the Food Security Problem 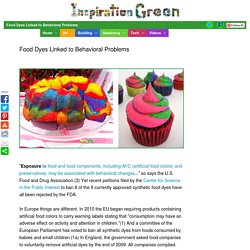 All the Different Sugars. Which Sugars are Toxic? 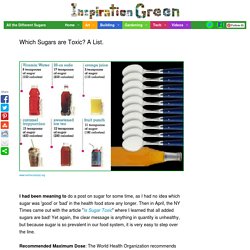 A List. www.bethecatalyst.org I had been meaning to do a post on sugar for some time, as I had no idea which sugar was 'good' or 'bad' in the health food store any longer. Then in April, the NY Times came out with the article "Is Sugar Toxic" where I learned that all added sugars are bad! Yet again, the clear message is anything in quantity is unhealthy, but because sugar is so prevalent in our food system, it is very easy to step over the line. It's what you eat. It's what you eat -- and how much... 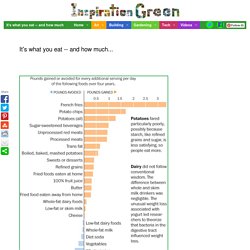 New England School of Medicine/ washingtonpost.com Pounds gained or avoided due to eating an additional daily serving of above food over 4 years. People who increased their intake of the top listed foods gained weight. Those who decreased their intake of the top listed foods and ate more of the lower foods had less weight gain. Antibiotic Chicks. Antibiotic Chicks More than 50 billion birds a year are produced in industrial poultry hatcheries worldwide. 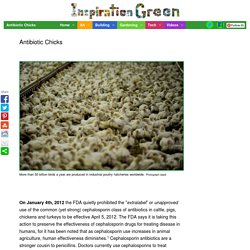 Photograph dapd. On January 4th, 2012 the FDA quietly prohibited the "extralabel” or unapproved use of the common (yet strong) cephalosporin class of antibiotics in cattle, pigs, chickens and turkeys to be effective April 5, 2012. The FDA says it is taking this action to preserve the effectiveness of cephalosporin drugs for treating disease in humans, for it has been noted that as cephalosporin use increases in animal agriculture, human effectiveness diminishes.1 Cephalosporin antibiotics are a stronger cousin to penicillins. Doctors currently use cephalosporins to treat pneumonia, strep throat, tonsillitis, bronchitis, urinary tract infections and to prevent bacterial infection before, during, and after surgery. 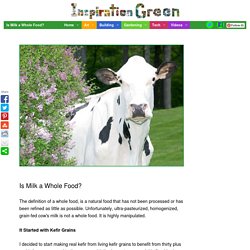 The definition of a whole food, is a natural food that has not been processed or has been refined as little as possible. Unfortunately, ultra-pasteurized, homogenized, grain-fed cow's milk is not a whole food. Food Companies Fighting GMO Labeling. Companies Against GMO Labeling. 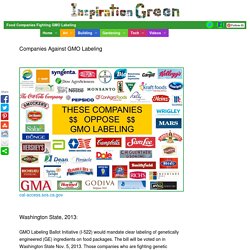 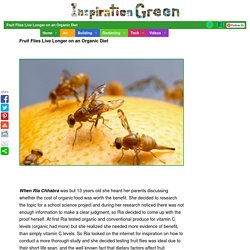 She decided to research the topic for a school science project and during her research noticed there was not enough information to make a clear judgment, so Ria decided to come up with the proof herself. At first Ria tested organic and conventional produce for vitamin C levels (organic had more) but she realized she needed more evidence of benefit, than simply vitamin C levels. So Ria looked on the internet for inspiration on how to conduct a more thorough study and she decided testing fruit flies was ideal due to their short life span, and the well known fact that dietary factors affect fruit fly fertility, longevity and health.

Ria sent out letters to known fruit fly researchers and was excited to hear back from Dr. Dent Corn Puts a Dent in Our Health. Pigs Fed a GM Diet. Stomach Inflammation and Enlarged Uterus in GM-fed Pigs A team of Australian scientists and U.S. researchers has just published a study, "A long-term toxicology study on pigs fed a combined genetically modified (GM) soy and GM maize diet" in the June issue of the peer-reviewed Journal of Organic Systems. 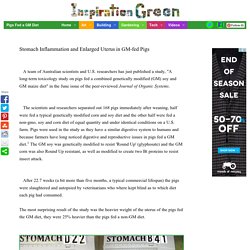 The scientists and researchers separated out 168 pigs immediately after weaning, half were fed a typical genetically modified corn and soy diet and the other half were fed a non-gmo, soy and corn diet of equal quantity and under identical conditions on a U.S. farm. Arsenic and New Rice. Rice paddy in Lousiana. 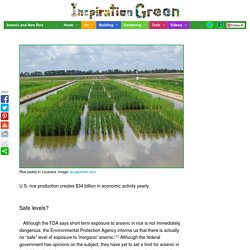 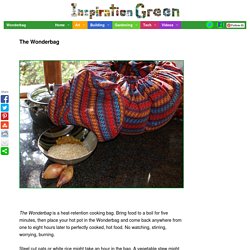 Bring food to a boil for five minutes, then place your hot pot in the Wonderbag and come back anywhere from one to eight hours later to perfectly cooked, hot food. No watching, stirring, worrying, burning. Steel cut oats or white rice might take an hour in the bag. 25 Grams of Sugar a Day. 25 Grams of Sugar. The World Health Organization recommends eating no more than 25 grams of added sugar a day.

The old 2002 recommendation that sugars should make up less than 10% of total energy intake per day has been lowered to 5% of total energy intake per day. Affects of a Can of Coke. A Harmless Can of Coke? A new infographic 'What Happens One Hour After Drinking a Can of Coke' put out by The Renegade Pharmacist breaks down, step by step what happens to your body after you drink a can of cola. In The First 10 minutes: 10 teaspoons of sugar hit your system. (100% of your recommended daily intake.)

You don’t immediately vomit from the overwhelming sweetness because phosphoric acid cuts the flavor allowing you to keep it down. 20 minutes: Your blood sugar spikes, causing an insulin burst. Your liver responds to this by turning any sugar it can get its hands on into fat. 40 minutes: Caffeine absorption is complete. 45 minutes: Your body ups your dopamine production stimulating the pleasure centers of your brain. 60 minutes: The phosphoric acid binds calcium, magnesium and zinc in your lower intestine, providing a further boost in metabolism. Pesticides in Honey.

Dalantech.deviantart.com According to a new study out of Harvard, 70 percent of collected honey and pollen from 10 counties in Massachusetts contained at least one neonicotinoid, a pesticide linked to Colony Collapse Disorder. The researchers analyzed 219 pollen samples and 53 honey samples from 62 hives during the foraging months of April through August. Ractopamine. Feed additive Ractopamine when added to feed is distributed via the blood to the muscle tissues, resulting in increased muscle fiber size.

Ractopamine is known to increase the rate of weight gain, improve feed efficiency, and increase carcass leanness in adult pigs. Organic Choices. Rates of pesticide application vary significantly among crops... Det är ingen brist på mat i världen. Why You Should Consider Not Eating Pork. How To Balance Your pH Levels and Find Out if You are Too Acidic. Woman Drinks 3 Liters Of Water Every Day, And The Final Results Were Shocking! 8 Foods Even The Experts Won’t Eat. By April McCarthy Food scientists are shedding light on items loaded with toxins and chemicals–and simple swaps for a cleaner diet and supersized health.