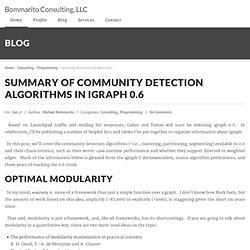 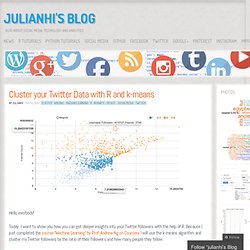 Today I want to show you how you can get deeper insights into your Twitter followers with the help of R. Because I just completed the course “Machine Learning” by Prof. Andrew Ng on Coursera I will use the k-means algorithm and cluster my Twitter followers by the ratio of their followers and how many people they follow. Setup. Anomaly detection in online social networks — ScienceDirect. Highlights We review current approaches to detecting anomalies in social networks. 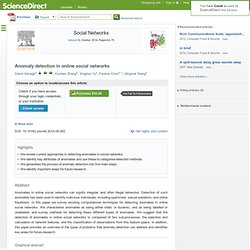 We identify key attributes of anomalies and use these to categorise detection methods. We generalise the process of anomaly detection into five main steps. We identify important areas for future research. SocioPatterns.org. [1406.2720] The Effect of Social Learning on Individual Learning and Evolution. Influence Modeling of System Interactions. What is a latent structure influence process ? 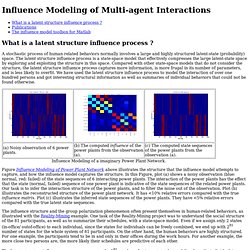 A stochastic process of human related behaviors normally involves a large and highly structured latent-state (probability) space. The latent structure influence process is a state-space model that effectively compresses the large latent-state space by exploring and exploiting the structure in this space. [1402.4540] A Unifying Framework for Measuring Weighted Rich Clubs by Integrating Randomized Controls. [1309.7233] Multilayer Networks. Positive Network Assortativity of Influenza Vaccination at a High School: Implications for Outbreak Risk and Herd Immunity. Schools are known to play a significant role in the spread of influenza.

High vaccination coverage can reduce infectious disease spread within schools and the wider community through vaccine-induced immunity in vaccinated individuals and through the indirect effects afforded by herd immunity. In general, herd immunity is greatest when vaccination coverage is highest, but clusters of unvaccinated individuals can reduce herd immunity. Here, we empirically assess the extent of such clustering by measuring whether vaccinated individuals are randomly distributed or demonstrate positive assortativity across a United States high school contact network. Table of Contents — February 2014, 39 (1) Paperscape. Towards a Methodology for Validation of Centrality Measures in Complex Networks. Background Living systems are associated with Social networks — networks made up of nodes, some of which may be more important in various aspects as compared to others. 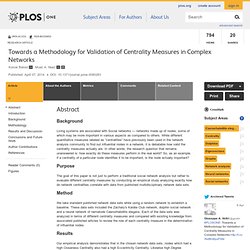 While different quantitative measures labeled as “centralities” have previously been used in the network analysis community to find out influential nodes in a network, it is debatable how valid the centrality measures actually are. Statistical Thinking: The Bedrock of Data Science. By Joel B. 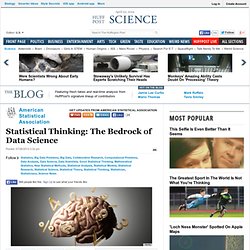 Greenhouse Thanks to Google Chief Economist Hal Varian's 2009 prediction that "the sexy job in the next 10 years will be statisticians," it is now OK to self-identify as a statistician. This calls for some explanation. For many, their first experience with statistics was anything but pleasant, so telling someone you are a statistician has often been a conversation stopper -- or worse. How network theory is informing cognitive science. Aug. 8, 2013 10:33 a.m. 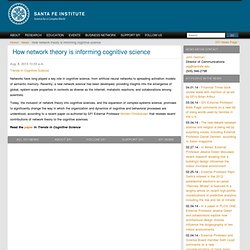 Networks have long played a key role in cognitive science, from artificial neural networks to spreading activation models of semantic memory. Recently, a new network science has been developed, providing insights into the emergence of global, system-scale properties in contexts as diverse as the Internet, metabolic reactions, and collaborations among scientists. Today, the inclusion of network theory into cognitive sciences, and the expansion of complex-systems science, promises to significantly change the way in which the organization and dynamics of cognitive and behavioral processes are understood, according to a recent paper co-authored by SFI External Professor Morten Christiansen that reviews recent contributions of network theory to the cognitive sciences. 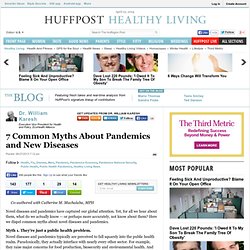 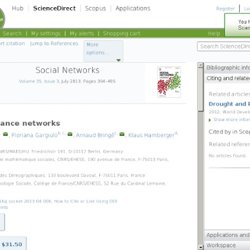 Early-warning signals of topological collapse in interbank networks : Scientific Reports. Data For our analysis we focus on the recent global financial crisis, that manifested itself at the end of 2007 and continued throughout 20083, and on its build-up phase, which is much more difficult to identify. 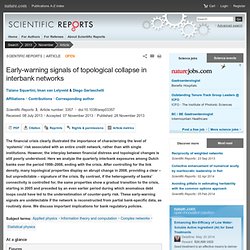 We selected a dataset reporting 44 quarterly snapshots of the Dutch Interbank Network (DIN in the following), starting from the first quarter of 1998 and ending with the last quarter of 20089. Each snapshot reports the exposures between Dutch banks at the end of the corresponding quarter, and represents them as binary links directed from the borrower to the lender. Our data include the year when the crisis manifested itself in its strongest form (2008) plus the preceding 10 years, arguably the build-up phase.

Ferrara and collaborators from the University of Messina, Italy, have already assisted police in Italy with investigations into murder, bribery, robbery, drug trafficking and prostitution by using social network modeling to conduct criminal network analysis using phone call data obtained by police. Unlike the broad, dragnet-style searches of phone call records the U.S. National Security Agency has been criticized for, the four computer scientists are conducting large-scale analysis of digital phone traces obtained by Italian police through court warrants.