What a Shaman See’s In a Mental Hospital. 77.4k Shares The Shamanic View of Mental Illness In the shamanic view, mental illness signals “the birth of a healer,” explains Malidoma Patrice Somé. 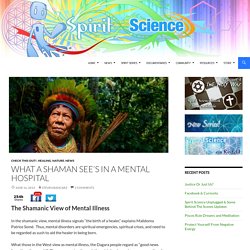 Thus, mental disorders are spiritual emergencies, spiritual crises, and need to be regarded as such to aid the healer in being born. What those in the West view as mental illness, the Dagara people regard as “good news from the other world.” The person going through the crisis has been chosen as a medium for a message to the community that needs to be communicated from the spirit realm. One of the things Dr. “I was so shocked. This was in complete opposition to the way his culture views such a situation. Another way to say this, which may make more sense to the Western mind, is that we in the West are not trained in how to deal or even taught to acknowledge the existence of psychic phenomena, the spiritual world.

“The beings were acting almost like some kind of excavator in the energy field of people. Schizophrenia and Foreign Energy. Uncompromising Photos Expose Juvenile Detention in America. A 12-year-old in his cell at the Harrison County Juvenile Detention Center in Biloxi, Mississippi. 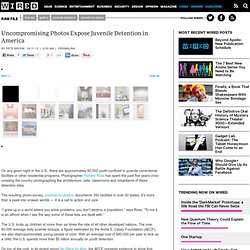 The window has been boarded up from the outside. The facility is operated by Mississippi Security Police, a private company. In 1982, a fire killed 27 prisoners and an ensuing lawsuit against the authorities forced them to reduce their population to maintain an 8:1 inmate to staff ratio. The air-conditioning was not working when Ross visited the Orleans Parish Prison (OPP) in New Orleans. There had also been a fight the previous night and as a result, TV, cards and dominoes privileges had been taken away. 16-year-old boy in King County Juvenile Detention Center, Seattle.Mendota Juvenile Treatment Center, Madison, WI. blahA 12-year-old in his cell at the Harrison County Juvenile Detention Center in Biloxi, Mississippi.

On any given night in the U.S., there are approximately 60,500 youth confined in juvenile correctional facilities or other residential programs. Access and Impact Complexity. Ben Franklin’s Two-Bird Economic Theory « HR.BlogNotions - Thoughts from Industry Experts. If you’re like me, a lover of roast turkey at Thanksgiving and the holidays, this is a good time to reflect on the turkey’s proud heritage. 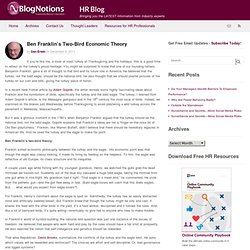 You might be surprised to know that one of our founding fathers, Benjamin Franklin, gave a lot of thought to that bird and its future role in America. He believed that the turkey, not the bald eagle, should be the national bird. He also thought that we should plaster pictures of the turkey on our coin and bills, giving the turkey place of honor. In a recent New Yorker article by Adam Gopnik, the writer reveals some highly fascinating ideas about Franklin and the symbolism of birds, specifically the turkey and the bald eagle. The turkey, I learned from Adam Gopnik’s article, is the Meleagris gallopavo and in the 18th century the most local of birds. Tony Schwartz: The Myths of the Overworked Creative. 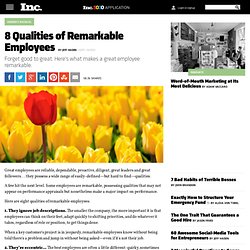 A few hit the next level. Some employees are remarkable, possessing qualities that may not appear on performance appraisals but nonetheless make a major impact on performance. Here are eight qualities of remarkable employees: 1. They ignore job descriptions.

Ryan Alan Hade. Life Isn't Fair - Deal With It. Douchebag Decree: If I Were a Douchebag Forbes Writer Edition. In case you missed it, Forbes contributor Gene Marks published a magnum opus of douchebaggery earlier this week called "If I Were a Poor Black Kid. 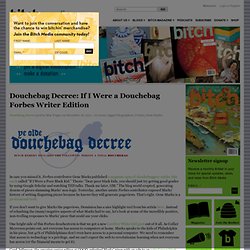 " Thesis: "Dear poor black kids, you should just try getting good grades by using Google Scholar and watching TED talks. Thank me later, GM. " The blog world erupted, generating dozens of pieces slamming Marks' non-logic. Yesterday, another astute Forbes contributor exposed Marks' history of writing disgusting pieces because he knows they will generate pageviews. That's right. If you don't want to give Marks the pageviews, Dominion has a nice highlight reel from his article here.

One bright side of this Forbes douchestorm is that we got a new Carefree White Girl post out of it all. Cord Jefferson, the amazing senior editor at GOOD, rebutted Marks' piece with an ode to an actual poor black student he never knew. Colorlines has a play-by-play of Gene Marks' response to comedian/writer/blogger Baratunde Thurston's satirical letter.