6 Steps To Writing The Perfect Logline. Loglines are one to two sentence descriptions that summarize your 120 page screenplay. 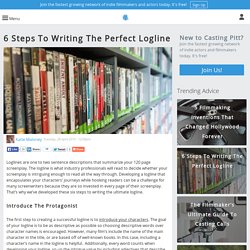 The logline is what industry professionals will read to decide whether your screenplay is intriguing enough to read all the way through. Developing a logline that encapsulates your characters’ journeys while hooking readers can be a challenge for many screenwriters because they are so invested in every page of their screenplay. That’s why we’ve developed these six steps to writing the ultimate logline. Introduce The Protagonist The first step to creating a successful logline is to introduce your characters. Let’s use Baz Luhrmann’s The Great Gatsby (2013) as an example. Define The Goal Now that you’ve introduced your protagonist, you must now define what drives that character: their goal. One example is The Wizard Of Oz (1939). Introduce The Antagonist Whether it’s another character or simply a life obstacle, be sure to include the antagonistic force that your main character faces.

24 Brilliant Portmanteaus You Should Add To Your Vocabulary. Portmanteaus can be dumb or brilliant, but either way they are necessary to convey a number of necessary messages in today’s day and age. 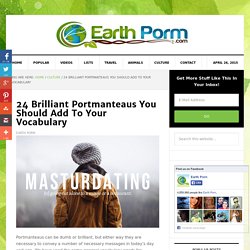 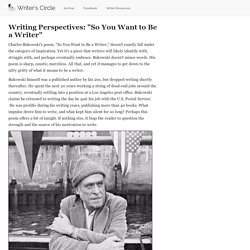 Yet it's a piece that writers will likely identify with, struggle with, and perhaps eventually embrace. Bukowski doesn't mince words. His poem is sharp, caustic, merciless. All that, and yet it manages to get down to the nitty gritty of what it means to be a writer. Bukowski himself was a published author by his 20s, but dropped writing shortly thereafter. 6 Social Media Tips for Writers. 6 Social Media Tips for Writers Publishing tweets and status updates is definitely different from publishing the usual writing projects, but hey -- self-publishing writers can benefit from being self-promoting writers, too. 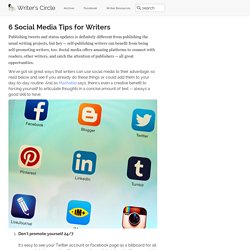 Social media offers amazing platforms to connect with readers, other writers, and catch the attention of publishers -- all great opportunities. Great Advice To Writers, From Writers. LIT_Blog_DTOP_BelowTitle_336x280 posted By The Literacy Site Great Advice To Writers, From Writers The Literacy Site The writing process is something only other writers understand. 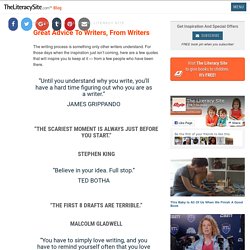 Playwrights, rehearsal, and 2nd productions @theaterwit. The day before we opened, Anne Washburn, the author of Mr. 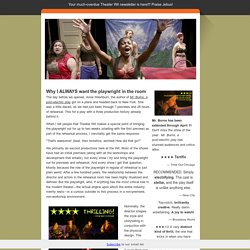 Burns, a post-electric play got on a plane and headed back to New York. She was a little dazed, as we had just been through 7 previews and 28 hours of rehearsal. This for a play with a three production history already behind it. When I tell people that Theater Wit makes a special point of bringing the playwright out for up to two weeks (starting with the first preview) as part of the rehearsal process, I inevitably get the same response: "That's awesome! We primarily do second productions here at the Wit. Duncan Macmillan on dialogue. James Graham interview: meet the writer bringing drama to this year's election race - Features - Films - The Independent.

Let’s put them in chronological order, I suggest, and Graham concurs with a smile. 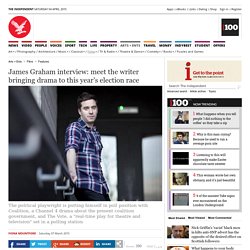 Thus we have his script for the sensitive British film X + Y, out next week and starring Sally Hawkins and Rafe Spall; the book for Broadway musical Finding Neverland, also beginning previews next week; Coalition, a one-off drama for Channel 4 about the formation of the present coalition government; The Vote, a “real-time play for theatre and television” for the Donmar Warehouse and Channel 4, set in a polling station on election day; and a revival of his 2014 success The Angry Brigade, about radical protest in the 1970s. Just in case this isn’t enough to keep him occupied, he is also writing a screenplay for Finding Neverland producer and legendary movie mogul Harvey Weinstein, “an imagined scenario about what would happen one day if the Queen went a bit rogue”.

We’re less than five minutes into our interview and already I feel exhausted. What’s in a name? How to christen a literary character. “GANDHI!” 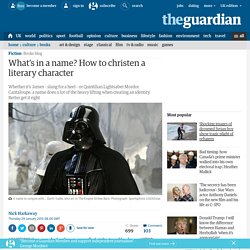 The young Icelandic woman yelled at the top of her lungs, “STOP BITING DARWIN! STOP!” Gandhi – a massive Greenland dog tough enough to take on a bear – was apparently trying to gnaw the leg off Darwin, the team leader. Darwin wasn’t having it, and a moment later one of them accidentally barged into Mandela and very shortly our romantic journey via dog sledge had devolved into a metric ton of canine warfare. It must have seemed like a clever idea at the time to name the team after great thinkers and peacemakers, but as the battle went on, by turns ferocious and merrily amoral, the shouts of the handlers became less and less funny, and finally seemed very sour indeed.

I make up names for people all the time – it’s part of writing. All names are masks, as well as identifiers. “Saw it on a bus in Paris,” he said promptly.