Hyperledger - The Open Payments Protocol. BitAuth, for Decentralized Authentication. Today, BitPay is excited to announce our proposal for a new passwordless authentication protocol, based on the same cryptography used in the Bitcoin protocol. 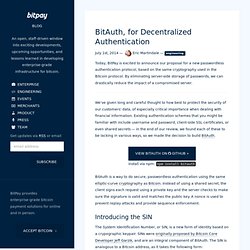 By eliminating server-side storage of passwords, we can drastically reduce the impact of a compromised server. We’ve given long and careful thought to how best to protect the security of our customers’ data, of especially critical importance when dealing with financial information. Existing authentication schemes that you might be familiar with include username and password, client-side SSL certificates, or even shared secrets — in the end of our review, we found each of these to be lacking in various ways, so we made the decision to build BitAuth. 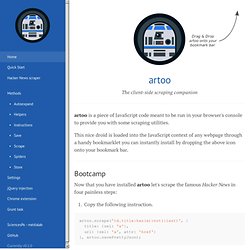 Using CORS. Introduction APIs are the threads that let you stitch together a rich web experience. 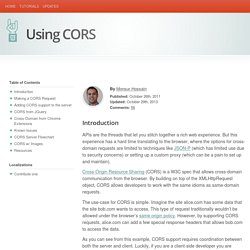 Server Side Cheaters. Brett Terpstra rolled out Cheaters awhile ago. 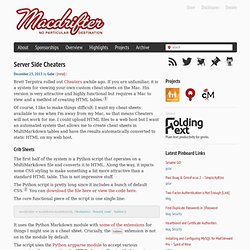 If you are unfamiliar, it is a system for viewing your own custom cheat sheets on the Mac. His version is very attractive and highly functional but requires a Mac to view and a method of creating HTML tables.1. Five Ways to Reset a Lost Administrator Password. Several years ago, I was helping a client upgrade her Mac running Mac OS X 10.5 Leopard, but she couldn’t remember her administrator password. 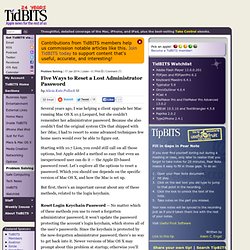 Because she also couldn’t find the original system CDs that shipped with her iMac, I had to resort to some advanced techniques few home users would ever be able to figure out. Starting with 10.7 Lion, you could still call on all those options, but Apple added a method so easy that even an inexperienced user can do it — the Apple ID-based password reset. Let’s explore all the options to reset a password. Which you should use depends on the specific version of Mac OS X, and how the Mac is set up. Browse formulae – A – braumeister.org. On Graph Computing. The concept of a graph has been around since the dawn of mechanical computing and for many decades prior in the domain of pure mathematics. 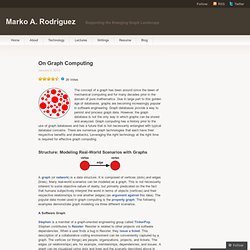 Due in large part to this golden age of databases, graphs are becoming increasingly popular in software engineering. On Graph Computing. Skwp/dotfiles. 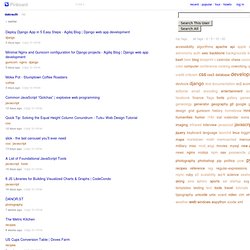 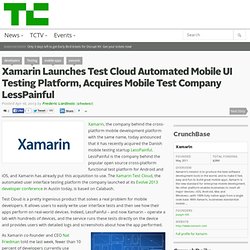 LessPainful is the company behind the popular open source cross-platform functional test platform for Android and iOS, and Xamarin has already put this acquisition to use. The Xamarin Test Cloud, the automated user interface testing platform the company launched at its Evolve 2013 developer conference in Austin today, is based on Calabash. Backlift: The back end service for front end developers. Next Generation IaaS - Cloud Hosting at The IaaS-Company. Wrike Launches A Mobile Gantt Chart With Syncing So Everyone Can See The Latest Updates. Wrike has added a type of chart that most seasoned project managers depend on for their work. 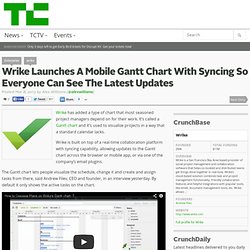 It’s called a Gantt chart and it’s used to visualize projects in a way that a standard calendar lacks. Wrike is built on top of a real-time collaboration platform with syncing capability, allowing updates to the Gantt chart across the browser or mobile app, or via one of the company’s email plugins. The Gantt chart lets people visualize the schedule, change it and create and assign tasks from there, said Andrew Filev, CEO and founder, in an interview yesterday. By default it only shows the active tasks on the chart. How to: Fix a broken front panel on your iPad 2 or iPad 3. Rich snippets - Products - Webmaster Tools Help. New! 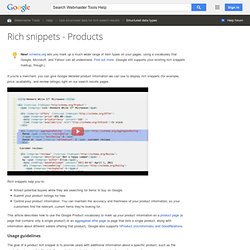 Schema.org lets you mark up a much wider range of item types on your pages, using a vocabulary that Google, Microsoft, and Yahoo! Can all understand. Find out more. (Google still supports your existing rich snippets markup, though.) In-app feedback for iPhone application developers - Apptentive. Stripe Pattern Generator Tool. Useful JavaScript Libraries and jQuery Plugins For Web Developers. Advertisement If you have a problem and need a solution for it, chances are high that a JavaScript library or jQuery plugin exists that was created to solve this very problem. Such libraries are always great to have in your bookmarks or in your local folders, especially if you aren’t a big fan of cross-browser debugging. A JavaScript library isn’t always the best solution: it should never be a single point of failure for any website, and neither should a website rely on JavaScript making the content potentially inaccessible.

Progressive enhancement is our friend; sometimes JavaScript won’t load properly, or won’t be supported — e.g. users of mobile devices might run into latency issues or performance issues with some JavaScript-libraries. 40 Useful JavaScript Libraries. Advertisement Popular JavaScript libraries such as jQuery, MooTools, Prototype, Dojo and YUI can be great for accomplishing common JavaScript tasks.

These libraries provide many functions, whether the matter is related to events or effects or AJAX.

OpenID Connect in a nutshell : =nat. When you read the OpenID Connect Specifications, you might feel a little bit intimidated. That’s because they are written in “spec language” and they deal with corner cases, etc. Yet when you translate them into normal English and just concentrate on a “simple case”, it becomes quite simple. So, here we go! (OK, much of the text is the same as the original proposal written by David Recordon. Useful admin. UsabilityPost. StackMob Ratchets Up The Competition: Makes API Calls Free, Launches A Marketplace For Third-Party Mobile Services.

StackMob, an end-to-end development platform for mobile applications, is today announcing the launch of the StackMob Marketplace for third-party services, as well as changes to its pricing structure for API calls. StackMob is now making API calls free. This latter news will impact the competitive landscape, which includes startups like Parse, Kinvey and others, all of which have traditionally charged developers as API calls increase alongside an app’s popularity.

Today, developers have to have an understanding of how many API calls they make, and if an app becomes really successful, developers are penalized for that with increased pricing. According to StackMob CEO Ty Amell, this isn’t really all that fair, explaining that it doesn’t matter to StackMob how many API calls the app makes – the cost to them doesn’t really go up. “It doesn’t matter to us whether someone’s making a million API calls or 20 million API calls – the cost is fairly manageable on our parts. Enterprise API Management and API Strategy. Time Tracking and Invoicing Software Pricing. Questions? We can help. Do you offer any special pricing? Mobile Cloud Backend as a Service. The Backend as a Service Ecosystem Map Update & New Trends: Migration Toward the Middle. Tuesday morning, before taxiing down the runway (the first time), my United Airlines flight ran a short video promoting a glorious future where dynamic mobile applications would let passengers book and change travel plans on the run.