35 Epic Tutorials and Articles for Photography Beginners. Getting into photography is one of the most rewarding hobbies you will ever be likely to undertake. 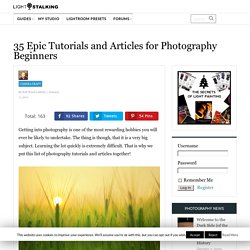 The thing is though, that it is a very big subject. Learning the lot quickly is extremely difficult. That is why we put this list of photography tutorials and articles together! Photo by kangbch We have separated things into the four main categories that will advance your knowledge – controlling the light, controlling you gear, controlling the composition and controlling your post production. Procedural grass tutorial part 02 (Substance Designer 4) After Effects Tutorials, Plug-ins and Stock Footage for Post Production Professionals. Creating a procedural land texture with images. The last few years have seen a rise in independent video games. 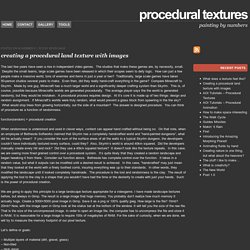 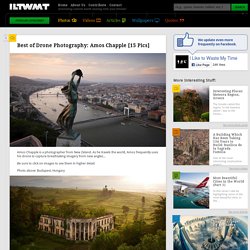 Personal Work // Game Art This scene was an exercise in modeling and texturing using photographed references. 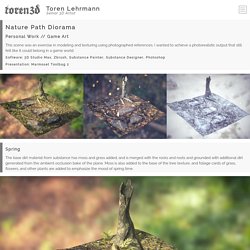 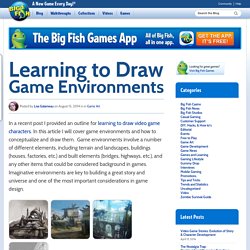 In this article I will cover game environments and how to conceptualize and draw them. Game environments involve a number of different elements, including terrain and landscapes, buildings (houses, factories, etc.) and built elements (bridges, highways, etc.), and any other items that could be considered background in games. Imaginative environments are key to building a great story and universe and one of the most important considerations in game design. Design Cinema - EP 83 - Designing with Silhouettes. Sibret Corentin. Tips: You can download all images to have a 1920x1080 resolution directly on your computer Kitchen cupboard I made during my internship.

This was for a small battelground in a life room. I had no concept or even any idea before coming with this cupboard. I have also done the 3 textures used for this small scene, but I have to make some polish before I put them. Hand-Cut Paper Microorganisms by Charles Clary. Tennessee-based artist Charles Clary knows a thing or two about patience as evidenced by his structural paper creations reminiscent of biological formations or topographical maps. 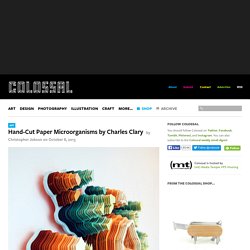 In creating a new piece Clary can work for up to 12 hours a day cutting each thin layer in his delicately stacked sculptures that arise from gallery walls or descend into geometric volumes. The artist most recently had an exhibition at Brett Wesley Gallery last month, and you can see much more of his work on his website. Nizza's enviro art learning thread. Isometrics. Full Tutorial List by Topic, Subject and Software for Level Design and Game Environment Art.

Galery of cartoon comic high resolution wallpapers. 80. How to Plan Level Designs and Game Environments Workflow. How to plan your game environments and level designs? 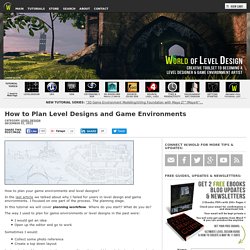 In the last article we talked about why I failed for years in level design and game environments. I focused on one part of the process. The planning stage. Vertex Modelling – 3D Modelling Projects Blog. JOHN CARTER: Sue Rowe - VFX Supervisor - Cinesite - The Art of VFXThe Art of VFX. In 2010, Sue Rowe had told us about his work on PRINCE OF PERSIA. 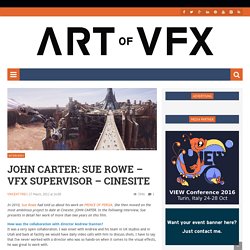 She then moved on the most ambitious project to date at Cinesite: JOHN CARTER. In the following interview, Sue presents in detail her work of more than two years on this film. 80. Maya tutorial: Block out 3D scenes. Everybody has their own preferred way of doing things. 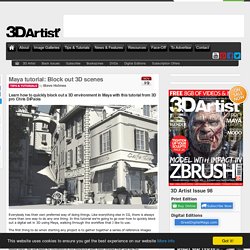 Like everything else in CG, there is always more than one way to do any one thing. In this tutorial we’re going to go over how to quickly block out a digital set in 3D using Maya, walking through the workflow that I like to use. The first thing to do when starting any project is to gather together a series of reference images that you can refer to as you work. MONSTERLEVEL - 3D VFX CG Artist (Modelling, Texturing, Lighting) Behance. Art Assets – best practice guide – Unity Blog. Scale & Units Set your system and project units for your software to work consistently with Unity e.g. 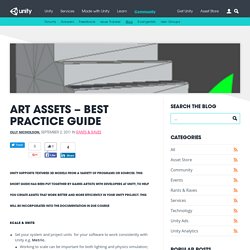 Metric. Working to scale can be important for both lighting and physics simulation;Be aware for example; Max system unit default is inches and Maya is centimetres.Unity has different scaling for FBX and 3D application files on import, check FBX import scale setting in Inspector.If in doubt export a metre cube with your scene to match in Unity.Animation frame rate defaults can be different in packages, is a good idea to set consistently across your pipeline – e.g. 30fps for example. Files & Objects. Practical LODs in Unity - Unity 5.3. Creating Displacement , Normal & Bump Map - 3dtutorialzone.com. This tutorial will teach you the differences of displacement and bump maps and normal maps and how to assign them to a shader and a model. This is just an overview tutorial on both subjects, and will teach the basic attributes of both of them. Set-up Step one -Create a sphere by going to create>polygonal primitives>sphere. And that's it.

Edit: This issue has been solved and was not due to TexturePacker. Hi lacost, thanks for the tutorial. I am hoping you can help me out with an issue I am having with achieving pixel perfect renders in a simple game. My problem seems to be that in play mode I lose the top line of pixels on my plane. Art Spotlight: Firewatch Fan Art - Sketchfab Blog. In Art Spotlight, we invite Sketchfab artists to talk about one of their designs. Texture Atlasing with Maya for Unity. Visualizing Architecture.