Teaching from the Roots. The War of the Sons of Light Against the Sons of Darkness. 5 Facts About Dominionism. By Daniel Burke Religion News Service (RNS) In recent weeks, an arcane and scary-sounding religious term has crept into the lexicon of the 2012 campaign, tripping from the tongue of everyone from MSNBC broadcaster Rachel Maddow to conservative Christian leader Ralph Reed. 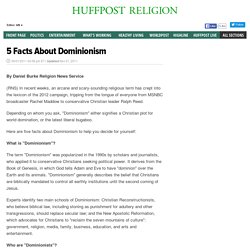 Depending on whom you ask, "Dominionism" either signifies a Christian plot for world domination, or the latest liberal bugaboo. Here are five facts about Dominionism to help you decide for yourself: What is "Dominionism"? 7 Cultural Mountains. Energy healing. - Liz's Favorite Photo Quotes. 5 Insane Facts That Will Change How You View Christianity. We feel like we know the general history of Christianity: Christ was born, he spouted some stuff about free love and messed with the man (the Ro-man), then bada-boom-bada-bing, his followers rule the world. 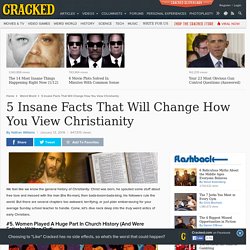 But there are several chapters too awkward, terrifying, or just plain embarrassing for your average Sunday school teacher to handle. Come, let's dive neck deep into the truly weird antics of early Christians. #5. Women Played A Huge Part In Church History (And Were Entirely Written Out) 5 Insane Facts That Will Change How You View Christianity. #2. 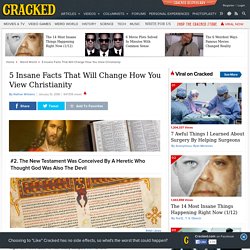 The New Testament Was Conceived By A Heretic Who Thought God Was Also The Devil British Library Marcion of Sinope was a pseudo-Gnostic rabble-rouser and a general thorn in the mainstream Christian butt in the first century after Jesus' death. Even if you're unfamiliar with the guy, you might have heard about his most widely accepted claim to fame: The Stoic: 9 Principles to Help You Keep Calm in Chaos. Observing individuals who lead a creative life, we can identify elements of expertise, grit, an understanding, and passion. 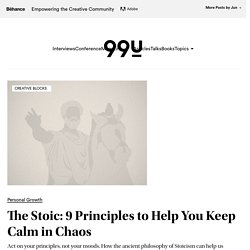 What’s easy to overlook is the inner system within an individual—the set of principles that govern their mind and behavior. When failure ensues or the need to adapt is necessary, how does one respond? What do they tell themselves? In other words, what’s their philosophy? Not only does philosophy teach us how to live well and become better humans, but it can also aid in overcoming life’s trials and tribulations. The principles within Stoicism are, perhaps, the most relevant and practical sets of rules for entrepreneurs, writers, and artists of all kinds.

How can we lead a fulfilling, happy life? Marcus Aurelius Quotes (Author of Meditations) (page 4 of 19) One Of The Three “Dharma Seals” That Buddha Taught & What The Human Race Can Learn From It. A large part of the appeal of Buddhism for an increasing number of people today is its practicality, as it has a relative lack of extraneous philosophical fluff to sort through. 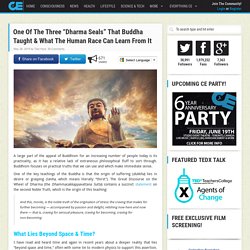 Homeschoolers Anonymous: A Series on Michael Pearl. How To Open Your 7 Chakras – Explained By A Kid's Show. It’s truly a strong indicator to me that our world is becoming more accepting of other cultures when certain philosophies and beliefs are featured front and center in programming aimed at kids. 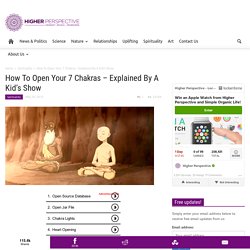 This time, it was the introduction of chakras in the Nickelodeon program Avatar: The Last Airbender. Your chakras are points of spiritual energy in your body that can open and closed depending on a number of factors. They can also be entirely too open. Spiritual balance requires that these chakras be correctly opened. 10 Mind-Blowing Theories That Will Change Your Perception of the World. Reality isn’t as plain and simple as we often like to think. 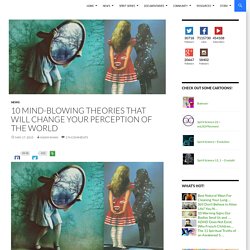 Several things we take for granted as true are, in reality, patently false. The Detestable Practice of Divinely Sanctioned Child Sacrifice in the Bible. Wisdom Commons: Exploring, Elevating and Celebrating Our Shared Moral Core. Hells. Reality There are two concepts fundamental to the Buddhist view on the nature of reality, or the world as we experience it. 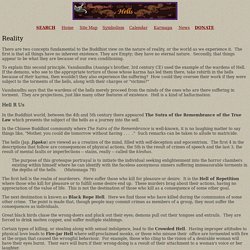 The first is that all things have no inherent existence. They are Empty; they have no eternal nature. 9 things you think you know about Jesus that are probably wrong. Jesus has been described as the best known figure in history, and also the least known. 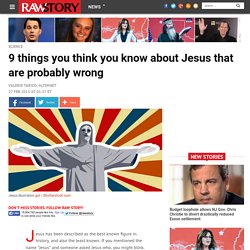 If you mentioned the name “Jesus” and someone asked Jesus who, you might blink. Or laugh. Even people who don’t think Jesus was God mostly believe they know a fair bit about him. You might be surprised that some of your most basic assumptions about Jesus are probably wrong. We have no record of anything that was written about Jesus by eyewitnesses or other contemporaries during the time he would have lived, or for decades thereafter. 1. 2.

A Resource for the Awakening Human: David Wilcock and the Real NWO (part 1 and 2) It is far too easy in this day and age to accept things we want to be true, even if they are not. 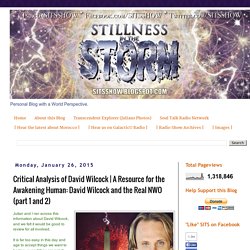 It helps us feel better about our beliefs, if we don't question them too much. Sometimes we may go as far as to get angry at someone who is sharing an idea that conflicts with our accepted world view. But if the Truth is Singular, if there is but one truth, then if our beliefs reflect it accurately, there is nothing to fear by reviewing data that is potentially false. Matter of fact, it empowers us with even greater abilities to see the truth more clearly. On this blog we share data from an eclectic array of sources, because we are constantly reviewing information hoping to expand our knowledge.

I think that reviewing data from many sources educates us with a holistic perspective, so that when we encounter someone pushing falseness, we know enough about it to offer a premise we feel is more valid in a way that critically addresses the false idea. AwayPoint: Between An Island of Certainties and the Unknown Shore. "Kabbalah Revealed" Episode 7. Kabbalah: The Secret of the Tree of Knowledge - Rabbi Laibl Wolf, Spiritgrow - Josef Kryss Center. "Kabbalah Revealed" Episode 1. English Bible History: Timeline of how we got the English Bible. The fascinating story of how we got the Bible in its present form actually starts thousands of years ago, as briefly outlined in our Timeline of Bible Translation History.

As a background study, we recommend that you first review our discussion of the Pre-Reformation History of the Bible from 1,400 B.C. to 1,400 A.D., which covers the transmission of the scripture through the original languages of Hebrew and Greek, and the 1,000 years of the Dark & Middle Ages when the Word was trapped in only Latin. Our starting point in this discussion of Bible history, however, is the advent of the scripture in the English language with the “Morning Star of the Reformation”, John Wycliffe. John Wycliffe The first hand-written English language Bible manuscripts were produced in the 1380's AD by John Wycliffe, an Oxford professor, scholar, and theologian. John Hus Johann Gutenberg Thomas Linacre John Colet. Robert Boyle's Wish list. On the History of Divination - Divination Foundation. Excerpted from the book Divination: Sacred Tools for Reading the Mind of God by Paul O’Brien Human beings have always looked for the answers to life’s great mysteries.