Adult Learners. V&A Home Page - Victoria and Albert Museum. Nail Gaiman on Our Obligations to the Written Word. We Have This Device. It’s Called a Book. ‹ Literary Hub. A Bibliophile's Defense of Physical Books. The committed bibliophile is cousin to the obsessive, an easily seduced accumulator frequently struck with frisson. 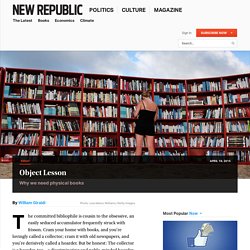 Cram your home with books, and you’re lovingly called a collector; cram it with old newspapers, and you’re derisively called a hoarder. But be honest: The collector is a hoarder, too—a discriminating and noble-minded hoarder, perhaps, but a hoarder just the same. Not long into George Gissing’s 1903 novel The Private Papers of Henry Ryecroft, you find a scene that no self-respecting bibliophile can fail to forget. In a small bookshop in London, the eponymous narrator spots an eight-volume first edition of Edward Gibbon’s The History of the Decline and Fall of the Roman Empire. “To possess those clean-paged quartos,” Ryecroft says, “I would have sold my coat.” A pleasing vista onto the early twentieth-century life of one English writer, Gissing’s autobiographical novel is also an effusive homage to book love.

What does it mean when what you own is essential to who you are? The National Gallery Podcast: Episode Fifty Six. Sainsbury Wing 20th Anniversary special edition with the Gallery's Director Nicholas Penny, the artist Paula Rego, and archivist Alan Crookham Leah Kharibian (in the studio): This is the National Gallery Podcast and I’m Leah Kharibian. 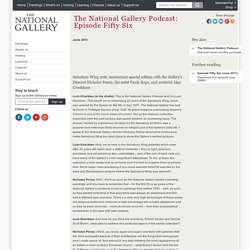 This month we’re celebrating 20 years of the Sainsbury Wing, which was opened by the Queen on the 9th of July 1991. The National Gallery has had its home in Trafalgar Square since 1838. Its grand entrance overlooking Nelson's Column is one of the iconic views of London. But as the Gallery's collection expanded over the past century, wall-space became an increasing issue. Paula Rego - Artist - My commission for Crivelli's Garden at the National Gallery. The Sonnet Project. Let Them Eat Cakes - Ashes and Snow Letters. Вспомнили недавно историю из Ashes and Snow о том, что звезды - это божественные белые слоны, которые лежат на небе на боку, и присматривают одним глазом за людьми. 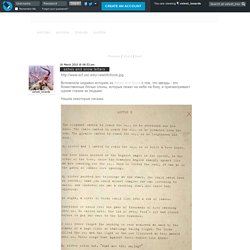 Нашла некоторые письма. Letter 1 "To the Princess of the Elephants. I disappeared exactly one year ago today. On that day I received a letter. Gregory Colbert. I have invented nothing. 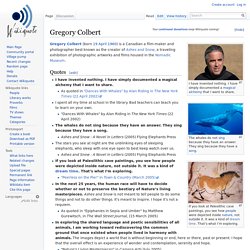 I have simply documented a magicalalchemy that I want to share. The whales do not sing because they have an answer. They sing because they have a song. Gregory Colbert (born 19 April 1960) is a Canadian a film-maker and photographer best known as the creator of Ashes and Snow, a traveling exhibition of photographic artworks and films housed in the Nomadic Museum. Quotes[edit] Ashes and Snow Quotes by Gregory Colbert. “Letter 7. 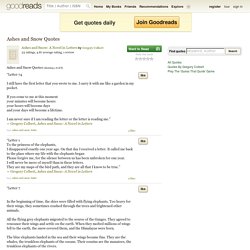 How to make free, digital scrapbooks about anything online. Use Cliptomize to make your own online scrapbook for free. 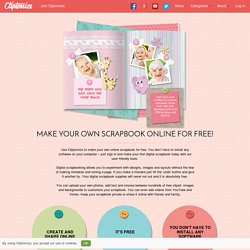 You don’t have to install any software on your computer – just sign in and make your first digital scrapbook today with our user friendly tools. Digital scrapbooking allows you to experiment with designs, images and layouts without the fear of making mistakes and ruining a page. If you make a mistake just hit the ‘undo’ button and give it another try. Your digital scrapbook supplies will never run out and it is absolutely free. You can upload your own photos, add text and choose between hundreds of free clipart, images and backgrounds to customize your scrapbook. Create and share online It's free You don't have to install any software. Fábulas escolhidas entre as de J. La Fontaine - Jean de La Fontaine, Francisco Manuel do Nascimento - Google Livros. End Book IX : Address to Madame de La Sablière ; The two rats, fox and egg. The Two Rats, Fox and Egg: The Soul of Animals. Image publicitaire, Ets Bourcheix & fils, nouveautés, draperie, àClermont-Ferrand (Photo credit: lafontaine.château-thierry.net) The illustration I used at the top of my post on ‟The Cat and the Fox” (10 May 2013) is by Granville,[i] sometimes spelled Grandville. 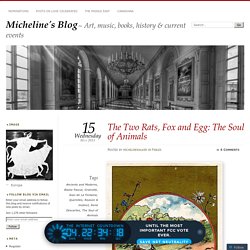 I have inserted the image of ‟Le Chat et le Renard” at the bottom of this post. I love it. However, I am particularly fond of the illustration below ‟Les Deux Rats, le Renard, et l’Œuf,” (The Two Rats, Fox and Egg), a fable associated with La Querelle de l’âme des bêtes FR (The Quarrel about the Soul of Animals). In 17th-century France, there were literary and philosophical quarrels, called querelles, the most famous of which is the Querelle des Anciens et des Modernes (The Quarrel of the Ancients and the Moderns).