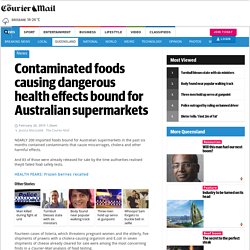 And 83 of those were already released for sale by the time authorities realised they’d failed food safety tests. HEALTH FEARS: Frozen berries recalled Other Stories Fourteen cases of listeria, which threatens pregnant women and the elderly, five shipments of prawns with a cholera-causing organism and E.coli in seven shipments of cheese already cleared for sale were among the most concerning finds in a Courier-Mail analysis of food testing. Seafood, cheeses, nuts, sports dietary supplements, ketchup, goji berries, coconut oil and satay sauce were among foods that failed testing as they came ashore from July to December last year. Some 104 foods that failed in high-risk categories including deli meats, seafood, nuts, cheese and some spices were destroyed or sent back. Featured Video Wary shoppers give fresh life to farmers’ markets. DownloadAsset. Complete_safefood.pdf.

3_2_2. The Negative Impact of Imported Goods. People want to get the most bang for their buck. 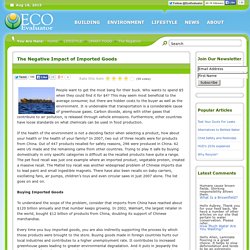 Who wants to spend $5 when they could find it for $4? This may seem most beneficial to the average consumer, but there are hidden costs to the buyer as well as the environment. It is undeniable that transportation is a considerable cause of greenhouse gases. Carbon dioxide, along with other gases that contribute to air pollution, is released through vehicle emissions.

Furthermore, other countries have loose standards on what chemicals can be used in food production. If the health of the environment is not a deciding factor when selecting a product, how about your health or the health of your family? Buying Imported Goods To understand the scope of the problem, consider that imports from China have reached about $120 billion annually and that number keeps growing. Every time you buy imported goods, you are also indirectly supporting the process by which those products were brought to the store. <A HREF=" mce_HREF=" Widgets</A>

Australias-emissions-projections-2014-15.pdf. The Environmental Cost of Food Transportation. As the population continues to grow, so does the demand for food. 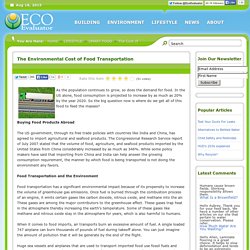 In the US alone, food consumption is projected to increase by as much as 20% by the year 2020. So the big question now is where do we get all of this food to feed the masses? Buying Food Products Abroad The US government, through its free trade policies with countries like India and China, has agreed to import agricultural and seafood products. Land Clearing & Its Impacts - Bush Heritage Australia. Australia is still clearing too much vegetation Though the extreme rates of land clearing that placed Australia in the top 10 land clearing nations in the world have reduced over the past 5 years, we're still clearing much more native vegetation than is being replanted or that's regenerating naturally. 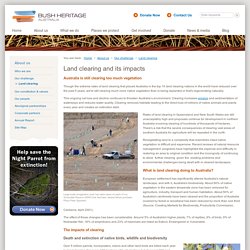 This ongoing net loss and decline continues to threaten Australia’s environment. Clearing increases erosion and sedimentation of waterways and reduces water quality. Clearing removes habitats leading to the direct loss of millions of native animals and plants every year and creates an extinction debt. What are the effects of increased greenhouse gas levels? The main effect of increases in atmospheric greenhouse gas concentrations is global warming. 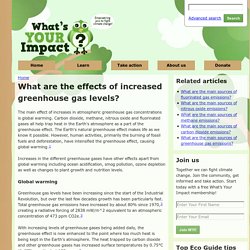 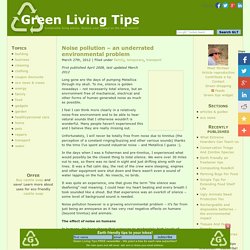 Fighting Food Miles. Ozone Layer Depletion - Causes, Effects and Solutions. [avg] ([per]) [total] vote[s] Ozone layer depletion is one of the most serious problems faced by our planet earth. 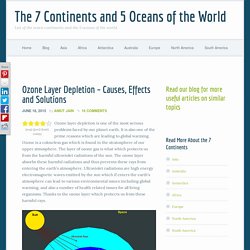 It is also one of the prime reasons which are leading to global warming. Ozone is a colourless gas which is found in the stratosphere of our upper atmosphere. The layer of ozone gas is what which protects us from the harmful ultraviolet radiations of the sun. The ozone layer absorbs these harmful radiations and thus prevents these rays from entering the earth’s atmosphere. Transportation: The Squeaky Wheel of the Food Safety System. TRANSPORTATION | October/November 2003 By Larry Keener No matter whether they are genetically modified, certified organic or grown using conventional farming methods, no matter if partially processed for use as food ingredients or canned, food commodities and products have a significant commonality: They require multiple steps in their transportation between point of origin and point of use. 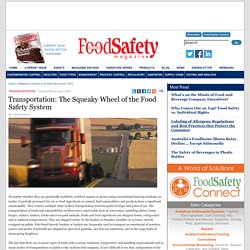 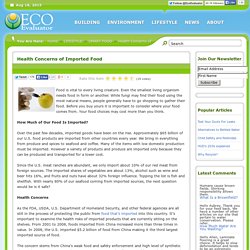 Even the smallest living organism needs food in form or another. While fungi may find their food using the most natural means, people generally have to go shopping to gather their food. Before you buy yours it is important to consider where your food comes from. Your food choices may cost more than you think. How Much of Our Food Is Imported? Over the past few decades, imported goods have been on the rise. Since the U.S. meat ranches are abundant, we only import about 10% of our red meat from foreign sources. Health Concerns As the FDA, USDA, U.S. Slow Food International - Good, Clean and Fair food. FoodSecurity_web.pdf. Free Trade Agreements - Department of Foreign Affairs and Trade. Australian farming and agriculture – grazing and cropping. For over 100 years, from the 1840s to the 1950s, the Australian economy was seen to be ‘riding on the sheep's back'. 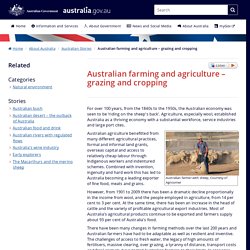 Agriculture, especially wool, established Australia as a thriving economy with a substantial workforce, service industries and large port cites. Australian farmer with sheep, Courtesy of Agricorner Australian agriculture benefitted from many different agricultural practices, formal and informal land grants, overseas capital and access to relatively cheap labour through Indigenous workers and indentured schemes. Combined with invention, ingenuity and hard work this has led to Australia becoming a leading exporter of fine food, meats and grains. However, from 1901 to 2009 there has been a dramatic decline proportionally in the income from wool, and the people employed in agriculture, from 14 per cent to 3 per cent. There have been many changes in farming methods over the last 200 years and Australian farmers have had to be adaptable as well as resilient and inventive.