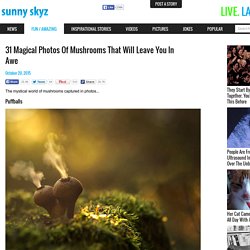 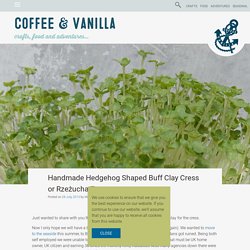 Now I only hope we will have a breakfast table in our new place (moving flats again). We wanted to move to the seaside this summer, to Bournemouth more precisely, unfortunately our plans got ruined. Being both self employed we were unable to rent a flat without having to have guarantor (that must be UK home owner, UK citizen and earning 36 times the monthly rent), ridiculous. Also many agencies down there were not very friendly, charging huge fees for credit checks and inventories and flats were either over priced or in quite bad condition. We decided it will be better for all of us to wait a bit more in London, collect founds and then try to get our own place instead of renting… with mixer taps, neutral décor and definitely without flowery wallpapers or dusty carpets (!)

If you are looking or more cress tray designs take a look at this baby shoe I made while ago. the Author. Rainforest Fungi #2. Polish Quick-Eating Salted Dill Cucumbers in Brine - Ogórki Małosolne » Coffee & Vanilla. Home-made slightly salted quick-eating dill cucumbers also called ogórki małosolne in Polish accompanied my entire childhood and reminds me of Summer months when baby cucumbers and overgrown flowering dill are in season.

Quick-eating slightly salted cucumbers are a bit different to regular pickled cucumbers (ogórki kiszone), they contain less salt in the brine therefore they ferment faster and have to be eaten within weeks while pickled gherkins, once the fermentation process is over, they can be transferred to jars, closed and stored. Cucumbers in brine available in the stores are quite similar but those are much milder, crunchier, less salty and are ready to eat within 5 – 7 days of preparation. They do not require vinegar as preservative but use salted water solution that allow natural fermentation process. Leaves prevent cucumbers from getting soggy in the water solution so it is important to include them. Avoid using plastic containers, unless they are food grade. Fennel. Fennel is a great winter vegetable, adding brightness and a licorice or anise-like flavor to everything, from a stick-to-the-ribs (but healthy!) 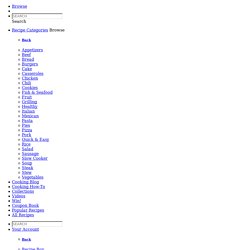 Apple-&-Fennel Roasted Pork Tenderloin to a lighter Greek-style Shrimp Saganaki. While the seed is common in baked goods and sausages, you might not be as familiar with the vegetable’s fresh, crunchy taste when raw. But DO try it in a salad like this Grapefruit and Radicchio Salad. When braised or roasted (see recipes under “Tips”), it becomes juicy and tender. Other reasons to love it? Tips for getting the most out of fennel: 1. 2. 3. 4. 5. Opienki. Chicken of the Woods. Back to School Recipes - Cooking Ideas. Fotografia - muchotrávka cisárska Amanita caesarea (Scop.) Pers. Nasledujúce fotografie hubaRe: 1Monika Belková07. 09. 2005 Diskusia k fotografii Milá Lada! 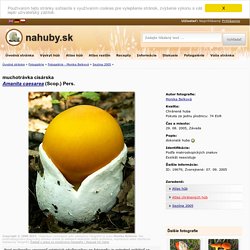 Via Fungi, Lichens & Slime mold This is the world's largest living organism, except it's mostly underground. 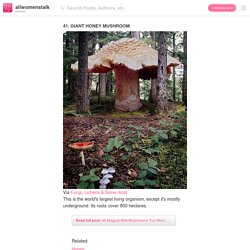 Its roots cover 800 hectares. Edek's 2015. Mushrooms in Polish cuisine and tradition of mushroom hunting. Mushrooms are popular in many countries, including Poland, because of their excellent taste and aroma. 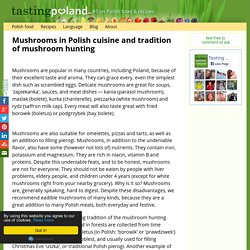 They can grace every, even the simplest dish such as scrambled eggs. Delicate mushrooms are great for soups, 'zapiekanka', sauces, and meat dishes — kania (parasol mushroom), maslak (bolete), kurka (chanterelle), pieczarka (white mushroom) and rydz (saffron milk cap). Every meat will also taste great with fried borowik (boletus) or podgrzybek (bay bolete). Mushrooms are also suitable for omelettes, pizzas and tarts, as well as an addition to filling pierogi.

Mushrooms, in addition to the undeniable flavor, also have some (however not lots of) nutrients. In Poland, where the very strong tradition of the mushroom hunting exists, mushrooms growing wild in forests are collected from time immemorial. The mushroom hunting is a hobby of many people, whereas for the majority it is a way of spending time in the bosom of nature - recreational activity.