VolcanoesandLandslides2. Simple quick explanation of causes of landslides. News1st A closer look at the Koslanda Landslide. What is the Ring of Fire? Many volcanoes on Earth are located around the Pacific Ring of Fire. 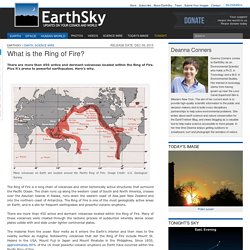 Image Credit: U.S. Geological Survey. The Ring of Fire is a long chain of volcanoes and other tectonically active structures that surround the Pacific Ocean. Example of predicting a landslide: Chapter 3 of "Landslide in Japan" (1) Collection of Existing Data, Data Review Landslides often occur at specific locations under certain topographic and geologic conditions. 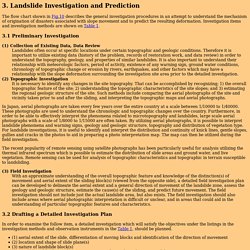 Therefore it is important to utilize existing data (history of the problem, records of restoration work, and data review) in order to understand the topography, geology, and properties of similar landslides. It is also important to understand their relationship with meteorologic factors, period of activity, existence of any warning sign, ground water conditions, chronology of topographic change or erosion by rivers, earthquakes, and other factors which may have a relationship with the slope deformation surrounding the investigation site area prior to the detailed investigation. (2) Topographic Investigation It is necessary to identify any changes in the site topography. In Japan, aerial photographs are taken every few years over the entire country at a scale between 1/10000 to 1/40000. . (3) Field Investigation. Landslides. United States Search and Rescue Task Force Landslides Damage To Homes By Landslides. 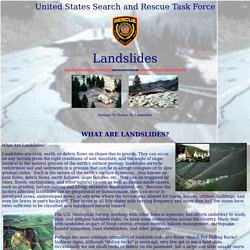 What is a Landslide? Severe damage to road caused by landslide A landslide is the movement of rock, debris or earth down a slope. 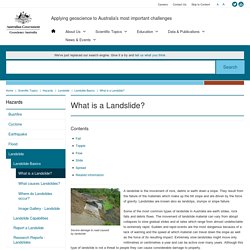 They result from the failure of the materials which make up the hill slope and are driven by the force of gravity. Landslides are known also as landslips, slumps or slope failure. Some of the most common types of landslide in Australia are earth slides, rock falls and debris flows. The movement of landslide material can vary from abrupt collapses to slow gradual slides and at rates which range from almost undetectable to extremely rapid. Landslides can be triggered by natural causes or by human activity. They can also vary in their extent, with some occurring very locally and impacting a very small area or hill slope while others affect much larger regional areas.

What are landslides and how are they caused? What are some good things that volcanoes do? That’s a good question. 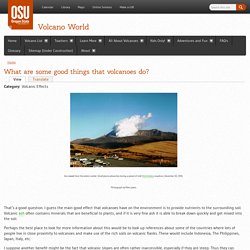 I guess the main good effect that volcanoes have on the environment is to provide nutrients to the surrounding soil. Volcanic ash often contains minerals that are beneficial to plants, and if it is very fine ash it is able to break down quickly and get mixed into the soil. Perhaps the best place to look for more information about this would be to look up references about some of the countries where lots of people live in close proximity to volcanoes and make use of the rich soils on volcanic flanks. These would include Indonesia, The Philippines, Japan, Italy, etc. I suppose another benefit might be the fact that volcanic slopes are often rather inaccessible, especially if they are steep. Volcanoes: How to Measure Volcanic Eruptions. See how to measure volcanic eruptions based on The Volcanic Explosivity Index (VEI). 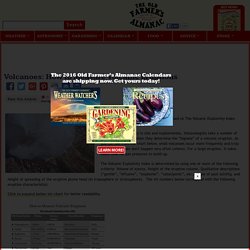 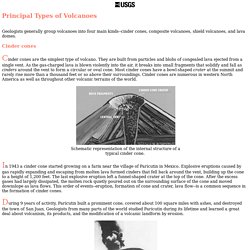 Cinder cones Cinder cones are the simplest type of volcano. They are built from particles and blobs of congealed lava ejected from a single vent. As the gas-charged lava is blown violently into the air, it breaks into small fragments that solidify and fall as cinders around the vent to form a circular or oval cone. Most cinder cones have a bowl-shaped crater at the summit and rarely rise more than a thousand feet or so above their surroundings. In 1943 a cinder cone started growing on a farm near the village of Parícutin in Mexico. 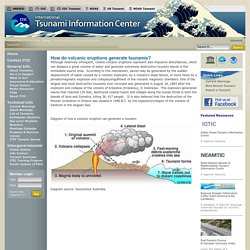 According to this mechanism, waves may be generated by the sudden displacement of water caused by a volcanic explosion, by a volcano's slope failure, or more likely by a phreatomagmatic explosion and collapse/engulfment of the volcanic magmatic chambers. One of the largest and most destructive tsunamis ever recorded was generated in August 26, 1883 after the explosion and collapse of the volcano of Krakatoa (Krakatau), in Indonesia. Large Volcanic Eruption in South Japan @ Mount Kuchinoerabujima / Shindake. Volcanoes - Forecasting. Can we predict when a volcano will erupt? 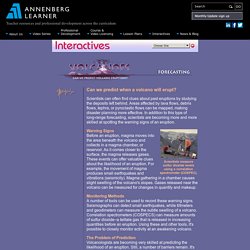 Scientists can often find clues about past eruptions by studying the deposits left behind. Areas affected by lava flows, debris flows, tephra, or pyroclastic flows can be mapped, making disaster planning more effective. In addition to this type of long-range forecasting, scientists are becoming more and more skilled at spotting the warning signs of an eruption. Warning Signs Before an eruption, magma moves into the area beneath the volcano and collects in a magma chamber, or reservoir. As it comes closer to the surface, the magma releases gases. Untitled. Volcano Landslides and their Effects. A landslide typically destroys everything in its path and may generate a variety of related activity. 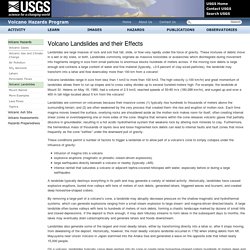 Historically, landslides have caused explosive eruptions, buried river valleys with tens of meters of rock debris, generated lahars, triggered waves and tsunami, and created deep horseshoe-shaped craters. By removing a large part of a volcano's cone, a landslide may abruptly decrease pressure on the shallow magmatic and hydrothermal systems, which can generate explosions ranging from a small steam explosion to large steam- and magma-driven directed blasts.

A large landslide often buries valleys with tens to hundreds of meters of rock debris, forming a chaotic landscape marked by dozens of small hills and closed depressions. If the deposit is thick enough, it may dam tributary streams to form lakes in the subsequent days to months; the lakes may eventually drain catastrophically and generate lahars and floods downstream. Volcanic landslides can... trigger volcanic explosions. View of Mt.