Why Handwriting Is Still Essential in the Keyboard Age. Hacking, Innovating and Failing Well—How Tech Sector Principles Can Revolutionize Education Workplaces. To reduce student suspensions, teachers should try being more empathetic. School suspension rates have nearly tripled in the United States since the 1970s, rising from just 3.7% of all students in 1974 to nearly 11% in 2011. 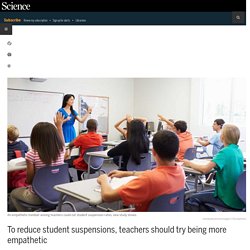 Raising a Child With Grit Can Mean Letting Her Quit. Student Engagement and Closing the Opportunity Gap – Reading By Example. We hear about the achievement gap, or the word gap, and then we expect public schools to fix these situations. 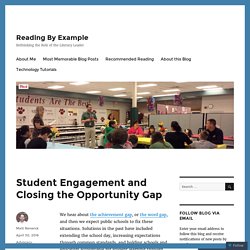 Solutions in the past have included extending the school day, increasing expectations through common standards, and holding schools and educators accountable for student learning through high-stakes tests. However, these gaps were created before many students even took their first steps through the school doors. Teachers and school leaders become the scapegoats for these societal ills that really demand a larger and more complex conversation as a country. Yet being the people that educators are, they roll up their sleeves and quietly serve not only as teacher but also as counselor, parent, community outreach coordinator, and social worker. Focusing on gaps creates problems. In a recent commentary for Education Week, Dr. How Just The Right Lighting May Improve Learning In Classrooms. The Five Tenets of Personalized Learning. Different Ways Of Assessments That Deliver Results. Math Education: The Roots of Computer Science. 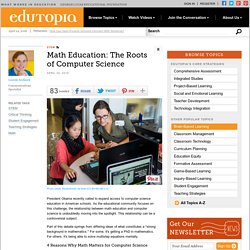 As the educational community focuses on this challenge, the relationship between math education and computer science is undoubtedly moving into the spotlight. Can Handwriting Make You Smarter? Laptops and organizer apps make pen and paper seem antique, but handwriting appears to focus classroom attention and boost learning in a way that typing notes on a keyboard does not, new studies suggest. 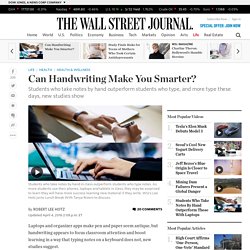 Students who took handwritten notes generally outperformed students who typed their notes via computer, researchers at Princeton University and the University of California at Los Angeles found. Compared with those who type their notes, people who write them out in longhand appear to learn better, retain information longer, and more readily grasp new ideas, according to experiments by other researchers who also compared note-taking techniques.

“The written notes capture my thinking better than typing,” said educational psychologist Kenneth Kiewra at the University of Nebraska in Lincoln, who studies differences in how we take notes and organize information. Researchers have been studying note-taking strategies for almost a century. The Every Student Succeeds Act: An ESSA Overview. Published: March 31, 2016 In this video, Education Week's Alyson Klein unpacks the details of the new law and what it means for schools, educators, and students. 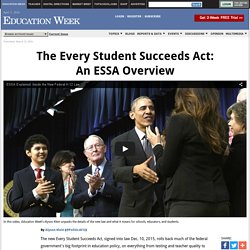 The new Every Student Succeeds Act, signed into law Dec. 10, 2015, rolls back much of the federal government's big footprint in education policy, on everything from testing and teacher quality to low-performing schools. Fighting Student Anxiety and Lack of Engagement with Free Play and Inquiry-Based Learning – A.J. JULIANI. In a recent paper written by Jean Twenge, a professor of psychology at San Diego State University, she dives into the mental health of our current students: In her paper, Twenge looks at four studies covering 7 million people, ranging from teens to adults in the US. 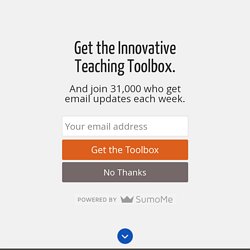 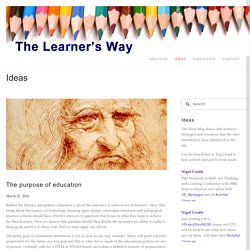 More than being about the nuances of technology, learning space design, curriculum structures and pedagogical practices schools should have effective answers to questions that focus on what they hope to achieve for their learners. Does K-3 reading matter? Ask the 70% of inmates who can’t read. - Foundation for Excellence in Education. Life is unforgiving for children who can’t read. 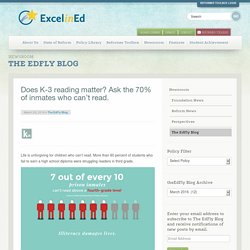 More than 80 percent of students who fail to earn a high school diploma were struggling readers in third grade. And once they drop out, the statistics get very bleak. Almost 85 percent of teenagers in the juvenile justice system are functionally illiterate.Seven out of 10 adult prisoners can’t read above a fourth grade level.Dropouts make up 90 percent of Americans on welfare and 75 percent of food stamp recipients. The evidence is overwhelming. What Changes When a School Embraces Mindfulness? It was lunch time at Marysville School in Southeast Portland when the fire broke out. 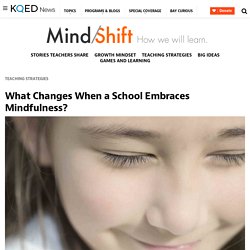 Teachers quickly herded their students out of the building to the sports field behind the school as the old colonial-style building burned. 5 ways to make your classroom student-centered. A student-centered classroom allows students to be an integral part of the assessment development process. 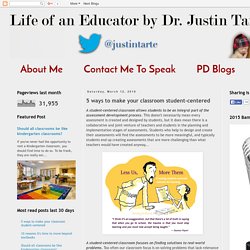 This doesn't necessarily mean every assessment is created and designed by students, but it does mean there is a collaborative and joint venture of teachers and students in the planning and implementation stages of assessments. Students who help to design and create their assessments will find the assessments to be more meaningful, and typically students end up creating assessments that are more challenging than what teachers would have created anyway...

A student-centered classroom focuses on finding solutions to real-world problems. Too often our classroom focus is on solving problems that lack relevance and purpose in the eyes of students. The student-centered classroom addresses real-world problems that affect or will affect students. A student-centered classroom embraces the notion that there are multiple ways to accomplish an individual task. Student Engagement Still Low in U.S. Schools – Reading By Example. I don’t often repost other bloggers’ content, so when I do… Scott McLeod shared on his blog survey results from Gallup about the level of engagement in learning that secondary students are experiencing. When 1 million students state that they become less engaged the more years they spend in school, this is a cause for alarm. These results say more about education than any test score might reveal. The Schoenblog: Why I Want My Students Using Social Media - Reason #3: Sharing Our Awesome.

Wednesday, March 2, 20165:54 PM We all do great things in our classrooms, schools, and educational worlds. WP Mentoring Minds Think Thoughtfully. Edutopia. Educators want nothing more than for our students to feel successful and excited to learn, and to understand the importance of their education. Teaching Side-By-Side: Coaching and Classroom Visits. Boys Will Be Boys – Reading By Example. Reinventing Homework: A Study of "Fires in the Mind" Have you ever considered the idea of reinventing homework? Easier said than done, of course.