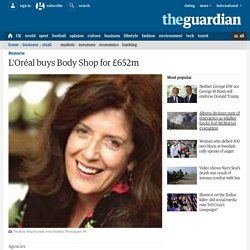 A brief history of Boots No7. What's the story? 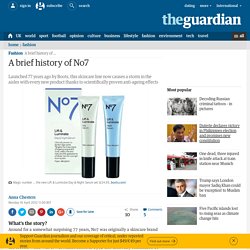 Around for a somewhat surprising 77 years, No7 was originally a skincare brand launched by Boots with the charming slogan, "The modern way to loveliness". A cosmetics line followed, but production pretty much stopped altogether during the second world war. The Lipstick Effect: How Boom or Bust Effects Beauty. UK beauty industry review. The UK beauty industry is in the pink. 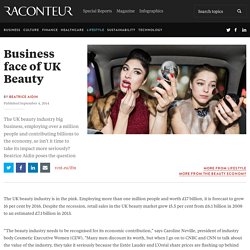 Employing more than one million people and worth £17 billion, it is forecast to grow 16 per cent by 2016. Despite the recession, retail sales in the UK beauty market grew 15.5 per cent from £6.1 billion in 2008 to an estimated £7.1 billion in 2013. “The beauty industry needs to be recognised for its economic contribution,” says Caroline Neville, president of industry body Cosmetic Executive Women (CEW). World Presence. Key figures 2014.

Consolidated sales of L'Oreal worldwide 2009-2015. Reports - L'OCCITANE Group. Survey Proves We Still Really Need To Talk About Photoshop. There’s been a lot of discussion lately about the damaging effects of Photoshop. 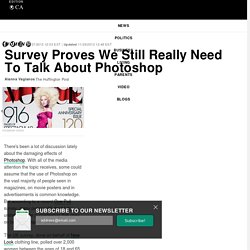 With all of the media attention the topic receives, some could assume that the use of Photoshop on the vast majority of people seen in magazines, on movie posters and in advertisements is common knowledge. But according to a recent One Poll survey, many people still don’t fully understand the puppeteering that goes on behind computer screens. The UK survey, done on behalf of New Look clothing line, polled over 2,000 women between the ages of 18 and 65 on various aspects of female body image. Home. What is the Middle Market? - Definition from Divestopedia. The middle market is a significant part of the North American economy. 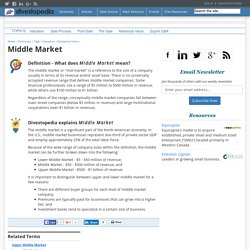 It is important to distinguish between upper and lower middle market for a few reasons: There are different buyer groups for each level of middle market company;Premiums are typically paid for businesses that can grow into a higher tier; andInvestment banks tend to specialize in a certain size of business. Makeup Tips to Look Younger - How Your Makeup Is Making You Look Older. MISTAKE # 3: Only lining the bottom of your eyes with liner. 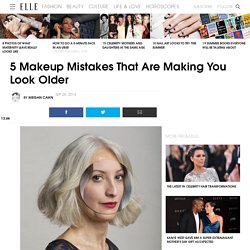 "So many women I talk to say 'I only line the bottom,'" Soane told us. "And when I ask them why, they say because 'It's easier.' It's tragic; top liner is mandatory. " Though it may be easier to apply eyeliner on the bottom, only doing so will drag your features down and make your eyes appear smaller and your overall appearance seem older. Elderly ladies reveal what they'd do differently if they were young again. With working hours extending and social media piling on the pressure to look good, it’s little surprise that many women are teetering on the brink when it comes to their physical and mental health. 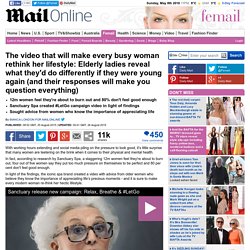 In fact, according to research by Sanctuary Spa, a staggering 12m women feel they're about to burn out, four out of five women say they put too much pressure on themselves to be perfect and 80 per cent don't feel good enough. Rethinking Eco-Responsible Packaging - Beauty Packaging. It seems as if nearly every day, news of an environmentally responsible beauty package or practice appears in my inbox. 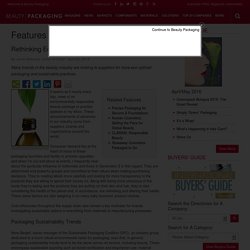 These announcements of advances in our industry come from suppliers, brands and organizations around the world. Consumer demand lies at the heart of many of these packaging launches and facility or process upgrades, and when I’m out and about at events, I frequently hear about the particular influence of millennials and those in Generation Z in this regard. They are determined and powerful groups and committed to their values when making purchasing decisions. They’re reading labels more carefully and looking for more transparency in the products they are willing to spend their money on.

L'Oréal buys Body Shop for £652m. Home. Beauty is big business for Britain. While it is true to say that economists don’t spend much time, if any at all, discussing Charlotte Tilbury’s new make-up range, the difference between BB, CC and EE creams or what shade of Too Faced bronzer would suit their skin type, there is one item that has successfully made it into economic theory – lipstick. 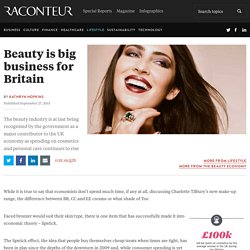 The lipstick effect, the idea that people buy themselves cheap treats when times are tight, has been in play since the depths of the downturn in 2009 and, while consumer spending is yet to recover to the levels that the government would like to see, shoppers have definitely been splashing their cash on beauty and skincare products. “Spending on beauty and skincare in the UK is expected to reach new highs in 2015” According to Mintel, the market research company, the UK’s beauty and personal care market was worth a pretty impressive £16.6 billion in 2014, up from £13.8 billion in 2009. Budget brands and premium beauty. HISTORY OF THE BODY SHOP. The Body Shop at 40 declares 'we're back' and ready to become sustainability's 'innovative troublemaker' What is the Slow Beauty Movement? - Barefoot Vegan.

Slow is beautiful – the new beauty and lifestyle movement. How often do we take a minute, no more than minute, to really take care of ourselves? 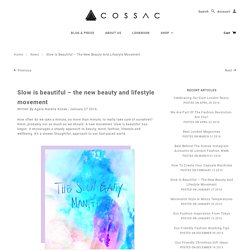 Hmm, probably not as much as we should. A new movement ‘slow is beautiful’ has begun. It encourages a steady approach to beauty, mind, fashion, lifestyle and wellbeing. It’s a slower, thoughtful, approach to our fast-paced world. We’ve been reading again (just can’t help ourselves) and in a recent report ‘The beauty buzz, slow is beautiful’, the slow trend is discussed as a growing phenomenon among consumers in a fast paced world.