SNMP Default Access Credentials. Fix "This device can't use a Trusted Platform Module" When Enabling BitLocker. I recently tried to enable BitLocker on an old Windows 8.1 PC at home and got an error message that I found would be extremely cryptic to anyone who isn’t a computer geek. 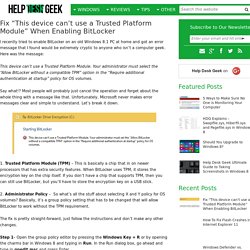 Here was the message: This device can’t use a Trusted Platform Module. Your administrator must select the “Allow BitLocker without a compatible TPM” option in the “Require additional authentication at startup” policy for OS volumes. Say what!? Most people will probably just cancel the operation and forget about the whole thing with a message like that. 1. 2. The fix is pretty straight-forward, just follow the instructions and don’t make any other changes. Step 1– Open the group policy editor by pressing the Windows Key + R or by opening the charms bar in Windows 8 and typing in Run. Now expand to the following section under group policy: Computer Configuration – Administrative Templates – Windows Components – BitLocker Drive Encryption – Operating System Drives Click OK and then close out group policy. 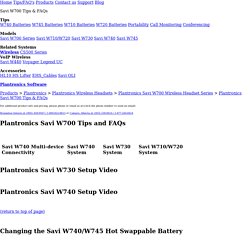 If you in the midst of an active call when the battery indicator shows a low battery, you can swap in a fresh battery without dropping the call, so long as you complete the task in five minutes. Savi W740 Portable PC Connection If you need to travel outside of your office, you don't have to leave your headset behind. To return call connection to the Savi W700 Base and desk phone, simply mount the headset in the base.

After my firefox updated to last version, i can not browse my Bizchannel CIMB. Chosen Solution The site only works for me if I allow Firefox to fallback to TLS 1.0 or otherwise force TLS 1.0 (i.e. set the maximum to 1.0) In order to change your Firefox Configuration please do the following steps : In the Location bar, type about:config and press Enter. 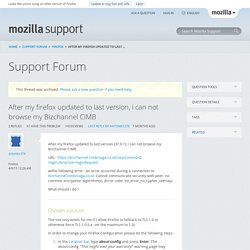 Windows. While Nmap was once a Unix-only tool, a Windows version was released in 2000 and has since become the second most popular Nmap platform (behind Linux). 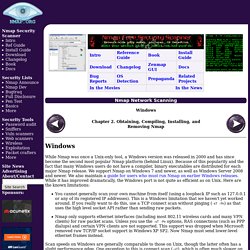 Because of this popularity and the fact that many Windows users do not have a compiler, binary executables are distributed for each major Nmap release. We support Nmap on Windows 7 and newer, as well as Windows Server 2008 and newer. We also maintain a guide for users who must run Nmap on earlier Windows releases. While it has improved dramatically, the Windows port is not quite as efficient as on Unix. Here are the known limitations: You cannot generally scan your own machine from itself (using a loopback IP such as 127.0.0.1 or any of its registered IP addresses).

Scan speeds on Windows are generally comparable to those on Unix, though the latter often has a slight performance edge. Support Knowledge Base. If you can't explain it simply, you don't understand it well enough. -Albert Einstein. After refreshing Firefox Beta 39.0, the browser will not open a website that opens in a new tab. How to send email from command line in windows 7. 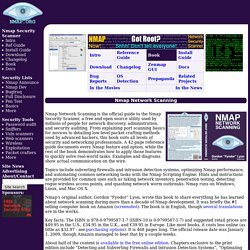 From explaining port scanning basics for novices to detailing low-level packet crafting methods used by advanced hackers, this book suits all levels of security and networking professionals. A 42-page reference guide documents every Nmap feature and option, while the rest of the book demonstrates how to apply those features to quickly solve real-world tasks. Examples and diagrams show actual communication on the wire. Topics include subverting firewalls and intrusion detection systems, optimizing Nmap performance, and automating common networking tasks with the Nmap Scripting Engine. Hints and instructions are provided for common uses such as taking network inventory, penetration testing, detecting rogue wireless access points, and quashing network worm outbreaks. July 17: Added Updates section. VLAN Configuration. Quick Scroll to: About VLANs VLANs are a method for segmenting a network into related groups, improving the efficiency of traffic flow and limiting the propagation of multicast and broadcast messages. 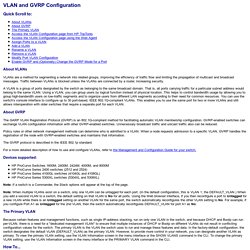 Traffic between VLANs is blocked unless the VLANs are connected by a router, increasing security. A VLAN is a group of ports designated by the switch as belonging to the same broadcast domain. That is, all ports carrying traffic for a particular subnet address would belong to the same VLAN.