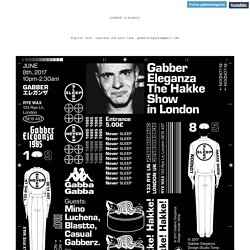 No wonder: amphetamines were a minimum requirement to keep up with that sort of rhythm. Then again, the pill was also used to treat children with attention disorders; it was bound to have unexpected side effects sooner or later. A couple of decades past the gabber heyday, DJ Coquelin and MC Cloarec popped a couple of tabs, laid a scattershot but unmistakably demented beat, and started flipping the dial. JE M’EN TAPE was the aural register of such a journey, much more than the sound of an evening spent shaking your head out of its socket. The rush of clarity that the psychostimulant provided them blasted the duo through makina snippets, chopped-n-screwed Zeuhl, German hip-hop sketches, EBM relics, Italian tecnopop, and acid mixes of American pop hits, mapping the outskirts of the European electronic scene that trendy mags usually overlook.

Listen side B here / Prr! Your fave is problematic. Lsatdaddy asked: good lord idk if you've seen the trailer for the new season of Girls but it has a line "Sometimes, I think about Japan and I'm like, did I create this country in my mind? 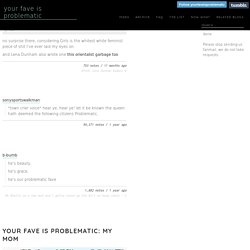 " T_T yikes no surprise there, considering Girls is the whitest white feminist piece of shit I’ve ever laid my eyes on. and Lena Dunham also wrote one this orientalist garbage too sonysportswalkman: *town crier voice* hear ye, hear ye! B-bumb: he’s beauty,he’s grace,he’s our problematic fave Your Fave is Problematic: My Mom Let the dog drink out of her glass of water and then denied it! 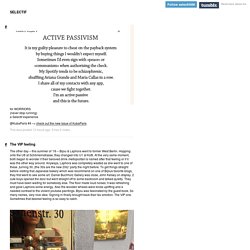 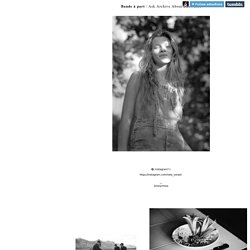 It was answering the phone mid breakdown and laughing like I was fine. ― (via floriental) She’s letting out her feelings. The scary thing is not being able to do that. When your feelings build up and harden and die inside, then you’re in big trouble. ― Haruki Murakami, Norwegian Wood I feel all shadows of the universe multiplied deep inside my skin. ― Virginia Woolf, Diary, November 5, 1931. Happy Day. ComeBackToMe. Je suis un grand poète. 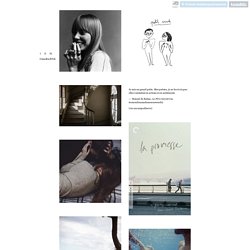 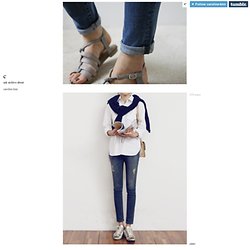 Everything you post is so perf! Thank you! 9 notes 673 notes 939 notes 6 notes. [insert title here] Ai Weiwei. La [min-ya-'net] Patron saint of sass. Next patron saint of sass Say hello ;Archive "A true friend is someone who says nice things behind your back. 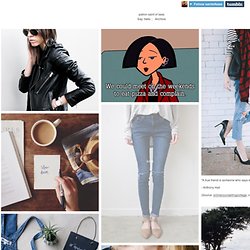