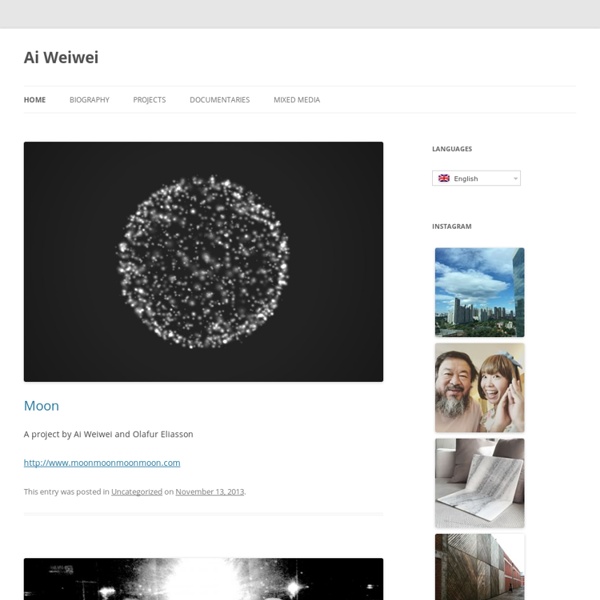 patron saint of sass Next patron saint of sass Say hello ;Archive Zumtobel Group - Annual Reports Under the heading of “Extraordinary Ideas – Realized” the Zumtobel Group’s 24th artistic annual report has now been published. Designed by James Turrell, the report features key installations by the artist from all periods of his oeuvre, accompanied by essays and dialogues by and with some of Turrell’s prominent contemporaries and companions. Together with an extensive photographic documentation of James Turrell’s installations, contributions from experts in the fields of astronomy, physics, art history and medicine underline the diversity and depth of the artist’s work. The Zumtobel Group annual report is the first to feature images of Turrell’s latest Skyspaces in Japan and Tasmania, as well as including previously unpublished material on his earlier works.

c 469 notes 518 notes hapalyrachel said: i just love your page! Sarah Beck The Light is a sculpture that honours the final days of the tungsten light bulb. As of 2015 the light bulb as we know it, also called the Edison bulb, will no longer be produced in North America. While this marks an advance in environmental responsibility, it also marks the death of a technology that changed the world. if you leave Tuesday, 6th August, 2013 Monday, 5th August, 2013 Thursday, 1th August, 2013 Cerith Wyn Evans Artists Cerith Wyn Evan’s artistic practice focuses on how ideas can be communicated through form. His conceptual work incorporates a diverse range of media including installation, sculpture, photography, film and text. Wyn Evans began his career as a filmmaker producing short, experimental films and collaborative works but since the 1990s has created artworks that focus on language and perception, with a precise clarity towards their manifestation in space. He employs strategies of exhibition making that are often site-specific, viewing exhibitions as a catalyst to produce a reservoir of possible meanings and discursive experiences. His poetic work has a highly refined aesthetic, deeply informed by film, music, literature and philosophy. Visual or textual sources and ideas are often repeated across different bodies of work, an indication of his desire to keep ideas in play or to bring them back to life as raw material for future use.

Bande à part My pain was never beautiful or poetic. It was answering the phone mid breakdown and laughing like I was fine. ― (via floriental) She’s letting out her feelings. The scary thing is not being able to do that. When your feelings build up and harden and die inside, then you’re in big trouble. ― Haruki Murakami, Norwegian Wood The Felix Gonzalez-Torres Foundation Gonzalez-Torres’ bio is updated monthly with new exhibitions, publications and press materials. The most current version of the bio can be downloaded here; information on current and upcoming exhibitions can be found below: Current Exhibitions On the Road.