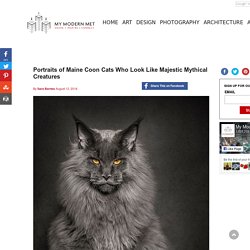 The Hong Kong-based creative focuses his attention on the Maine Coon, the largest breed of domesticated felines. Their distinctive appearance includes long fur that frames their face like a lion, in addition to a robust build—they can grow up to nearly four feet in length. Throw Over Your Man: Virginia Woolf’s 1927 Love Letter to Vita Sackville-West. By Maria Popova What makes an extraordinary love letter? 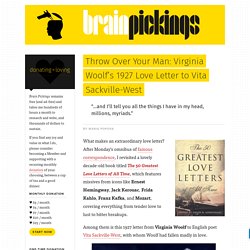 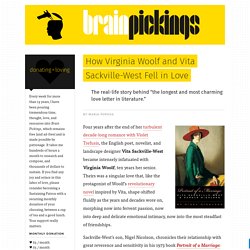 Abandoned Orient Express Train Show The Luxury Travel Of The Past. The Orient Express is one of the most iconic trains ever created, and up to this day, it reminds us of what a luxurious mode of transportation trains once were. 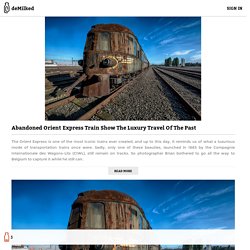 Sadly, only one of these beauties, launched in 1883 by the Compagnie Internationale des Wagons-Lits (CIWL), still remain on tracks. So photographer Brian bothered to go all the way to Belgium to capture it while he still can. Brian is a Rotterdam city-inspired photographer. After great personal struggles, he turned to photography for distraction, and to study the craft he chose Rotterdam. No Man's Sky guide: 10 tips for getting started. UGEARS – Mechaniczne modele 3D. Wegański styl życia: Kosmetyki (nie)testowane na zwierzętach. 17 photos of animals that prove there's nothing natural about traditional gender roles. Traditional gender roles are "natural," goes the common refrain. 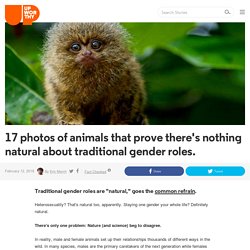 Heterosexuality? That's natural too, apparently. Staying one gender your whole life? Definitely natural. There's only one problem: Nature (and science) beg to disagree. In reality, male and female animals set up their relationships thousands of different ways in the wild. Some animals have the ability to change sex to respond to various outside pressures and conditions. 'Meat Is Murder' Game. OFF Festival 2016 Review: 10 Best Performances. No matter how great the rest of a festival may be, having five major acts cancel either just before or during the festivities will become the leading news. 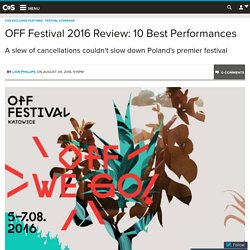 There’s a reason the OFF Festival organizers called this “the most unlucky edition to date” on their site. The dominoes fell quickly, too. Raw Photo Series Celebrates Love and Intimacy Regardless of Gender and Orientation. Skin meets skin where limbs intertwine in these raw photographs by Wanda Martin, featuring closely nestled couples of widely varying genders and sexualities. 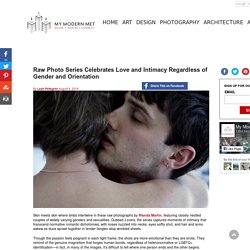 Dubbed Lovers, the series captures moments of intimacy that transcend normative romantic dichotomies, with noses nuzzled into necks, eyes softly shut, and hair and arms askew as duos sprawl together in tender tangles atop wrinkled sheets. 38 beautiful 4K wallpapers for your desktop. Remarkably Pristine Ancient Greek Mosaics Uncovered in Turkish City of Zeugma. A team of archeologists led by Professor Kutalmış Görkay of Ankara University recently unearthed three ancient Greek mosaics in the Turkish city of Zeugma near the border of Syria. 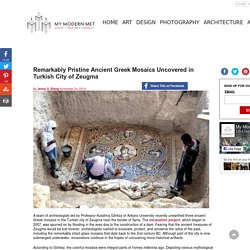 The excavation project, which began in 2007, was spurred on by flooding in the area due to the construction of a dam. Abandoned Olympic Venues Show How Much Money Is Wasted On The Games. Brazil has received quite a bit of criticism for spending billions on the Olympic games while postponing projects that would benefit the country’s struggling citizens. 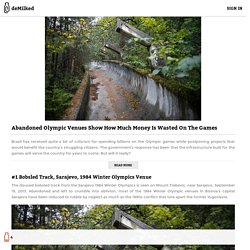 The government’s response has been that the infrastructure built for the games will serve the country for years to come. Side-By-Side Comparisons Reveal How On-Screen Superheroes Look “Then and Now” It’s always fun to take a look back and see where you started versus how far you’ve come. 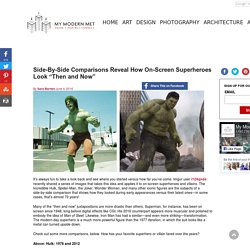 Imgur user i124qnds recently shared a series of images that takes this idea and applies it to on-screen superheroes and villains. The Incredible Hulk, Spider-Man, the Joker, Wonder Woman, and many other iconic figures are the subjects of a side-by-side comparison that shows how they looked during early appearances versus their latest ones—in some cases, that’s almost 70 years! Illustrations Reveal “Sad Facts” About Animals with Charming Wit. Did you know that houseflies can only hum in the key of F? Or that blobfish have no muscles? These are just a couple of illustrator Brooke Barker’s Sad Animal Facts. It’s an ongoing series that highlights some of the surprising things we probably didn't know about pigs, giraffes, hippos, goats, and much more. Adorable “GoalKitty” Keeps Randomly Putting Paws Up in the Air For No Reason.