Useful compendium of links on Accelerationism. Edgelords. There’s a particular set of attitudes or postures which I’ve always known as Ultraleftism. 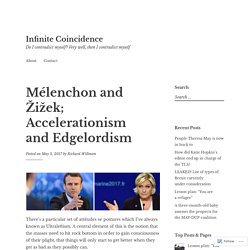 A central element of this is the notion that the masses need to hit rock bottom in order to gain consciousness of their plight, that things will only start to get better when they get as bad as they possibly can. This idea seems to be undergoing a revival, particularly online. I recently learnt a new word: edgelord. It designates someone who, in the words of urbandictionary.com, “uses shocking and nihilistic speech and opinions that they themselves may or may not actually believe to gain attention and come across as a more dangerous and unique person”. The term seems to have derived from the forum 4chan, the breeding swamp of the ‘alt-right’. However, there’s also an ideological rationale for such outbursts: Accelerationism. Recently in France there has been a surge of support for a more conventional left-wing political leader: Jean-Luc Mélenchon. We live inside the Temple. Like this: The Drone of Minerva. Ccru in the guardian. Half a century ago, in the great hippie year of 1967, an acclaimed young American science fiction writer, Roger Zelazny, published his third novel. 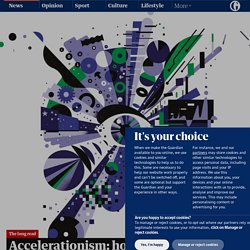 In many ways, Lord of Light was of its time, shaggy with imported Hindu mythology and cosmic dialogue. Yet there were also glints of something more forward-looking and political. One plot strand concerned a group of revolutionaries who wanted to take their society “to a higher level” by suddenly transforming its attitude to technology. Zelazny called them the Accelerationists.

He and the book are largely forgotten now. Accelerationists argue that technology, particularly computer technology, and capitalism, particularly the most aggressive, global variety, should be massively sped up and intensified – either because this is the best way forward for humanity, or because there is no alternative. Occasionally, accelerationists have held teaching posts at universities. Celebrating speed and technology has its risks. This is not the Age of Assassins so much as the Intermezzo of Nemesis. I graduated out of collecting. 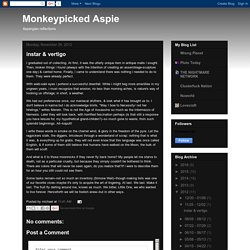 At first, it was the utterly unique item in antique malls i sought. Then, broken things i found (always with the intention of creating an assemblage-sculpture one day) & carried home. Finally, i came to understand there was nothing i needed to do to them. They were already perfect. With wabi-sabi eyes i portend a successful downfall. We had our preferences once, our maniacal druthers, & look what it has brought us to.

I write these words in smoke on the charnel wind, & glory in the freedom of the pyre. And what is it to those moonrocks if they never fly back home? Some tasks remain--not so much an inventory (Simone Weil)--though making lists was one of our favorite vices--maybe it's only to acquire the art of lingering. Ode to joy. We went to bed in a mood of nervous excitement, the same sort of excitement you get from witnessing a very loud and very close thunderstorm from indoors. 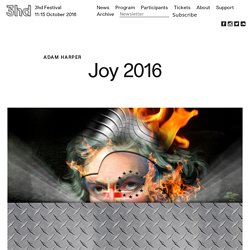 The UK wouldn't vote to leave the European Union, not when that would be a huge disaster and a tragedy. That sort of craziness only happens in fiction. In real life, at the end of the day, people vote relatively sensibly, and nothing really bad happens. That night, however — that week — it was strange and intriguing to believe that it could happen. The invention of negarestani. Accelerationism (2008) This is a term I've coined (unless someone out there proposed it w/o my knowledge) to describe the kind of strategy beautifully conveyed here. 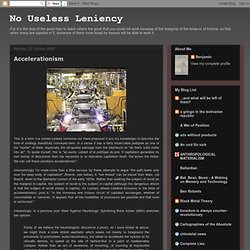 In a sense it has a fairly impeccable pedigree as one of the "spirits" of Marx, especially the oft-quoted passage from the Manifesto on "all that's solid melts into air". To quote myself, this is "an exotic variant of la politique du pire: if capitalism generates its own forces of dissolution then the necessity is to radicalise capitalism itself: the worse the better.

We can call these positions accelerationist. " Unsurprisingly I'm made more than a little nervous by these attempts to argue "the path leads only over the dead body of capitalism" (Brecht, see below). A "red thread" can be traced from Marx, via Brecht, down to the libertarian current of the early 1970s. Interestingly, in a previous post titled 'Against Hauntology' Splintering Bone Ashes (SBA) sketches two options: Some examples of accelerationism: Brecht.

Dementation. Manifesto. Accel­er­a­tion­ism pushes towards a future that is more mod­ern, an altern­at­ive mod­ern­ity that neo­lib­er­al­ism is inher­ently unable to generate. 01. INTRODUCTION: On the Conjuncture 1. At the beginning of the second decade of the Twenty-​First Century, global civilization faces a new breed of cataclysm. These coming apocalypses ridicule the norms and organisational structures of the politics which were forged in the birth of the nation-​state, the rise of capitalism, and a Twentieth Century of unprecedented wars. 2. 3.