Women Champion Peace & Justice through Nonviolence. Raised in the Quaker tradition and engendered by her parents with a sense of independence and social justice, Anthony was collecting anti-slavery petitions at the age of 17. 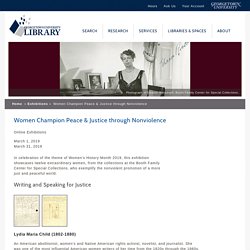 She became the New York state agent for the American Anti-Slavery Society in 1856. Anthony was acquainted with the leading abolitionists of her time including William Henry Channing, Frederick Douglass, William Lloyd Garrison, Wendell Philips, and Parker Pillsbury. In 1851, she met fellow woman suffragist Elizabeth Cady Stanton. Together they formed the New York Women's State Temperance Society (1852), after Anthony was prevented from speaking at a temperance meeting due to her gender. About Women In Peace — Women In Peace. Women Are Critical to Nonviolent Movement Success · Peace Science Digest. Context: A Special Report from the United States Institute of Peace examines the influence of gender dynamics on women’s contributions to nonviolent movements, and how women capitalize on these dynamics to create special opportunities for participation and tactical innovation. 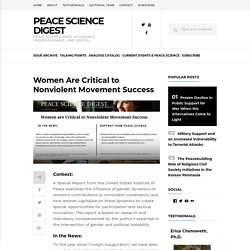 The report is based on research and interviews, complemented by the author’s expertise in the intersection of gender and political instability In the News: “In the year since Trump’s inauguration, we have seen an outpouring of popular mobilization in resistance to his administration’s policies. Crowd estimates suggest that 5.2-9 million people took to the streets in the United States to protest Trump’s policies or points of view over the past year. Nobel Prizes and Laureates.

By Irwin Abrams Antioch University The Nobel Peace Prizes at their best set before us an array of great human spirits. 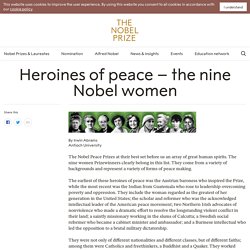 The nine women Prizewinners clearly belong in this list. They come from a variety of backgrounds and represent a variety of forms of peace making. Women’s History Month: Profiles of 31 women who were champions of peace. National Women's History Museum. Saudi Women Who Fought for the Right to Drive. As one of the country’s foremost activists, boasting a large and active social media presence, al-Hathloul struggled to abide by the order. 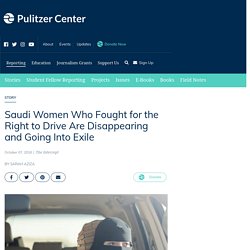 Reflecting on the king’s decree, her mind cycled through the years she’d spent advocating for the right to drive, among other social and civil rights for women — and the international attention she’d garnered for the cause. She recalled the 73-day detention she’d served just two years prior, after being arrested for attempting to drive a car inside the kingdom, an experience that had shaken her deeply without deterring her. Images of women — her mother, sisters, fellow activists, and friends — flicked through her mind. The ability to drive would significantly impact their daily lives, from expanded work opportunities to the simple, radical joy of mobility.

She even dared to imagine that this policy change was a sign that the Saudi regime might be open to further, more fundamental reforms. For al-Hathloul, this hope would be short-lived. In Colombia, Ex-Combatants Help Maintain Peace. In Kenya, village poisoned with lead. Omido never dreamed of becoming an activist, but the issue of lead poisoning became personal after her son was born. 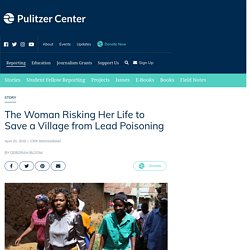 She began work at the lead-acid battery recycling plant, Metal Refinery EPZ, as a community relations manager in 2009, the second year of the plant's operation. The smelter exported blocks of pure lead by taking used car batteries and extracting the lead from them using a special furnace. In violation of Kenyan environmental and human rights law, the factory's smelting process would emit fumes, dust, and effluent laden with lead particles, according to a 2015 report by the Ministry of Health. Tasked with assessing the smelter's environmental impact, Omido made a grim discovery: she found the factory's location–directly next to Owino Uhuru–left the roughly 3,000 residents there vulnerable to lead exposure.

She recommended to management the factory be relocated, and was dismissed from the project, she says. The Rising Voices of Women in Pakistan. In 2017, Khaliq went to court to defend herself and her organization. 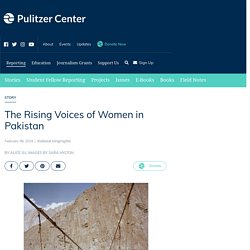 Her NGO had been training women to protect themselves against harassment, she argued. How was that detrimental to national security? Khaliq won. Women are Khaliq’s inspiration. “These are ordinary and illiterate women who spend their whole lives in homes, but they stand up and fight against army brutalities,” she says. Outside the political-participation meeting house in Shahdara, open gutters spilled onto the village streets, flies buzzing around cows and carts moving through the uneven dirt alleys. 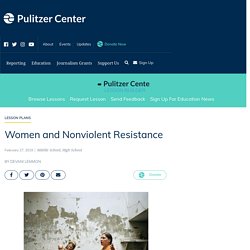 This year, we honor women who have pioneered the use of nonviolence to end war, violence, and injustice. This lesson plan uses resources about women around the world leading nonviolent movements to fight against violence and injustice today. The Obscured Role of Women in Nonviolent Movements. National Women's History Alliance. MAKERS. Women's Suffrage: Crash Course US History #31. Makers: Women Who Make America (Part 1) Women in the 19th Century: Crash Course US History #16. 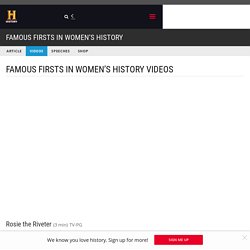 You will soon receive an activation email. Once you click on the link, you will be added to our list. If you do not receive this email, please contact us. To ensure delivery to your inbox, add us to your address book. Oops, there's a problem. At this time we are unable to complete your subscription.This email address has been previously opted out from receiving any emails from A+E Networks. You have already subscribed to this list. If you completed your subscription and still have not received an email, please contact us. You're signed up! You will soon receive an email with a direct link to your profile, where you can update your preferences.If you do not receive this email, please contact us. Top 100 Women of History (by Web Searches) Using internet searches as a parameter, we've created a compilation of the 100 most popular women in history, listed here in ascending order of popularity (that is, No. 1 is the one most popular with searchers). 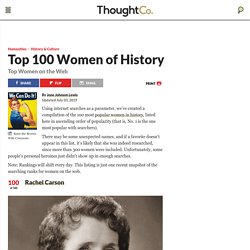 There may be some unexpected names, and if a favorite doesn't appear in this list, it's likely that she was indeed researched, since more than 300 women were included. The women you missed in history class. The author of the first novel, warriors and rulers, scientists and war heroes. 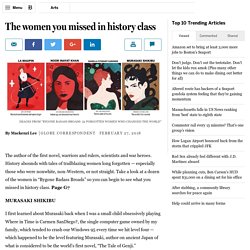 History abounds with tales of trailblazing women long forgotten — especially those who were nonwhite, non-Western, or not straight. Women who changed the world. Important Women Through History. A List of Women Achievers Explore this list of over 30 women of achievement. You can nominate one of these women or someone else to the Honor Roll of Notable Women. This page includes links outside of Scholastic.com Every Web site we link to was visited by our team at one point in time to make sure it's appropriate for children. But we do not monitor or control these sites and these sites can change.

In addition, many of these sites may have links to other sites which we have not reviewed. Louisa May Alcott:1832–1888 Author who produced the first literature for the mass market of juvenile girls in the 19th century. Susan B. Clara Barton:1821–1912 Clara Barton got involved with tending the needy when she treated injured Union soldiers on the battlefield during the Civil War. Elizabeth Blackwell:1821–1910 First American woman awarded a medical degree by a college. Pearl S. Cleopatra:69–30 B.C. Why March is National Women’s History Month. Local Celebrations. Women's History Month.