Tone Your Vagus Nerve to Hack Your Whole Nervous System. Every now and then, I get really excited when I see a groundbreaking new biohack. 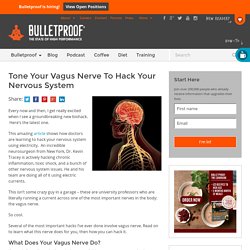 Here’s the latest one. This amazing article shows how doctors are learning to hack your nervous system using electricity. An incredible neurosurgeon from New York, Dr. Kevin Tracey is actively hacking chronic inflammation, toxic shock, and a bunch of other nervous system issues. He and his team are doing all of it using electric currents. This isn’t some crazy guy in a garage – these are university professors who are literally running a current across one of the most important nerves in the body: the vagus nerve.

So cool. Several of the most important hacks I’ve ever done involve vagus nerve. What Does Your Vagus Nerve Do? Known informally as the “wandering nerve,” this nerve starts at your brainstem, travels throughout several major organs in your body, and – to bottom line it – does a ton you probably weren’t even aware of. The article summarizes nicely: Intrigued yet? How Do You Hack Your Vagal Tone? Tablet 15: Secret Of Secrets. Now ye assemble, my children, waiting to hear the Secret of Secrets which shall give ye power to unfold the God-man, give ye the way to Eternal life. 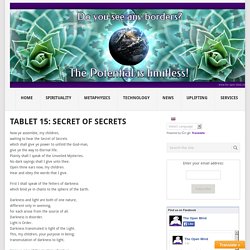 Plainly shall I speak of the Unveiled Mysteries. No dark sayings shall I give unto thee. Open thine ears now, my children. Earthing: The Benefits of Connecting with Earth’s Energy. Ever feel the urge to walk barefoot on the beach or feel the grass between your toes? 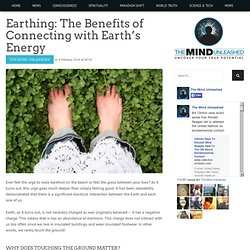 As it turns out, this urge goes much deeper than simply feeling good. It has been repeatedly demonstrated that there is a significant electrical interaction between the Earth and each one of us. Earth, as it turns out, is not neutrally charged as was originally believed – it has a negative charge. This means that is has an abundance of electrons. This charge does not interact with us too often since we live in insulated buildings and wear insulated footwear. Why does touching the ground matter? Humans evolved, like all animals, walking on the ground without insulating barriers between the Earth and our feet. Because of the conductivity of our soles, it was proposed that perhaps there was an electrical interaction between the Earth’s negative charge and our bodies. Researchers found that there was a significant relation between the charge of our bodies and the ground.

Why is this significant? ALL ABOUT ASCENSION. Classifying Buddhist Deities in Japanese Buddhism. Six States of Karmic RebirthThe Concept of Transmigration / ReincarnationKnown in Japan as Rokudō 六道, or Rokudō-rinne 六道輪廻, or Mutsu no Sekai 六つの世界. 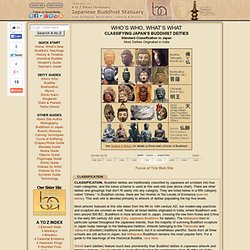 All sentient beings are trapped in the cycle of suffering (Sanskrit = samsara), the cycle of death and rebirth, unless they can break free by achieving enlightenment. There are six states in the cycle. The lowest three states are called the three evil paths, or three bad states. They are (1) people in hells; (2) hungry ghosts; (3) animals. The higher three states are (4) Asuras; (5) Humans; (6) Devas. “Between the various forms of existence there is no essential difference, only a karmic difference of degree. Six States of Existence (Transmigration / Reincarnation) Beings in Hell. TEN WORLDS OF EXISTENCEThe “Ten Realms” (Jp: Jikkai 十界) The "Ten Realms" are divided into two groups. SANZEBUTSU 三世仏Buddhas of the Three Ages (Three Kalpa)Buddhas of the Past, Present, and FutureSkt. = Kalpa means aeon or age or era or cycle Godai Nyorai 五大如来, The F.

Who's Who in Buddhism, the list of Buddhist figures - The Dhamma - thedhamma.com. See also: DhammaWiki.com for the bios of these teachers and many others. 19 male and 19 female significant and influential Buddhist figures from antiquity to present day listed below. 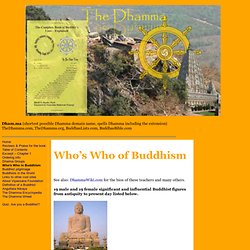