Mother 3 and the Power of Good Writing in Video Games. I recently finished another playthrough of Mother 3, a game which holds a lot of significance to me. 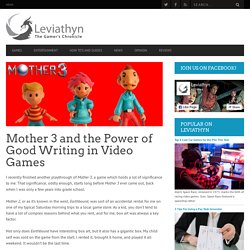 That significance, oddly enough, starts long before Mother 3 ever came out, back when I was only a few years into grade school. Mother 2, or as it’s known in the west, Earthbound, was sort of an accidental rental for me on one of my typical Saturday morning trips to a local game store. As a kid, you don’t tend to have a lot of complex reasons behind what you rent, and for me, box art was always a key factor. Not only does Earthbound have interesting box art, but it also has a gigantic box. My child self was sold on the game from the start. This box art couldn’t have been more enticing to me as a kid – it captured my interest right away. To keep this part of the story short, Earthbound ended up being the most played and certainly most important game of my childhood, and it continues to influence the way I look at video games. 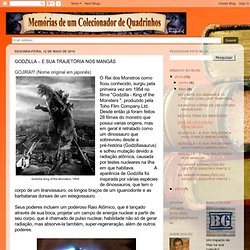 And Then Godzilla Leaped Off My Poster to Terrorize the Locals! Posted by Michael Pinto on Dec 21, 2008 in Hobbies and Collections | Organic Hobby has created a 3D version of the 1954 poster of Godzilla for collectors. 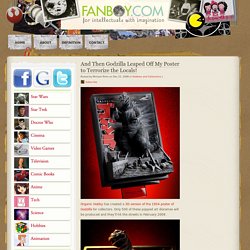 Only 500 of these popped art dioramas will be produced and they’ll hit the streets in February 2009. Godzi57HB. Heartless Bitches International - Pukefest.   Chapter 1: New Learning   Science Fiction writer Isaac Asimov wrote this short story for a magazine in 1951. 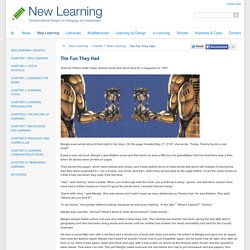 How The Year 2000 Was Envisioned in 1910. RE: Beauty (Re) Discovers the Male Body – Final. For the citizen of the world, advertising is an everyday thing. 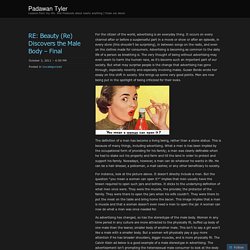 It occurs on every channel after or before a suspenseful part in a movie or show or after an episode, in every store (this shouldn’t be surprising), in between songs on the radio, and even on the clothes made for consumers. Free Art Lessons and Tutorials - TheVirtualInstructor.com. De Top-10 HR Uitdagingen anno 2012. Preparing for Your Digital Afterlife at WhoIsHostingThis.com. For as long as the human race has existed, we’ve been (perhaps understandably) more than a little concerned about what happens when we die. Past civilizations envisioned everything from chilly limbos to lush gardens of delight, but modern humans have a problem the ancients never needed to consider: what becomes of our online selves when we die? It’s a question that’s growing more and more pressing with every passing year.

On Facebook alone, more than 30 million accounts now belong to the dead, and with an average of three Facebookers dying every single minute, the ranks of the dead continue to swell. Facebook’s given next of kin the ability to delete accounts of lost loved ones, but since they also provide an option to convert the profiles of those who have passed on into “memorial pages,” it’s small wonder that some folks project Facebook will have more dead users than live ones by the middle of the twenty-first century. The World's Most Unusual Data Centers at WhoIsHostingThis.com. Whether you’re on a PC, tablet, or smartphone, chances are you rely on a series of data centers to access the websites, email, and applications you use every day. 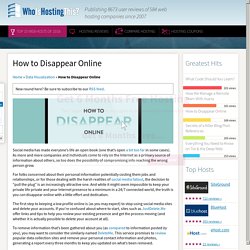 Be sure to subscribe to our RSS feed. Social media has made everyone’s life an open book (one that’s open a bit too far in some cases). As more and more companies and individuals come to rely on the Internet as a primary source of information about others, so too does the possibility of compromising info reaching the wrong person grow. Saving lives for 75 years: 'Batman helped me find my voice'

Growing up, Joshua Paul Hawkins didn't have many role models. 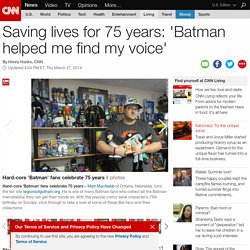 Hawkins lived in what he calls a "very broken home" as a child in Las Vegas. His parents got divorced when he was 8, and he described the atmosphere in the house as filled with "anger and sadness. " However, he knew there was one thing he could count on: Batman. He felt a bit like a loner, just like the character of Bruce Wayne, whose alter ego Batman first appeared on newsstands in "Detective Comics" #27 on March 30, 1939, and would be reinvented through countless movies, TV shows and books for the next 75 years. Matthew I. Jenkins [adult swim] Blog: August 2006. This is from last week's episode, Victor. 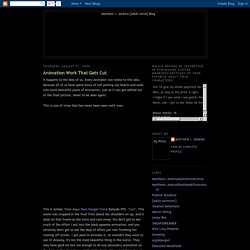 Echo. November. Monster Zero x SciFi Japan. Jellydonut25 wrote:yes lets move on, this thread has some merit (nice pics btw legion) and to have it devolve into name-calling "you're clearly a virgin because you like Godzilla" type stuff would be a shame Especially from two members who have been here for so long. 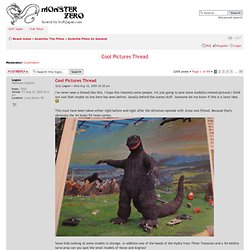 No need to be fighting, guys. Astounding Beyond Belief : Photo. Godzilla 3D News And Info: A Classic Godzilla Comic Strip - The Monsters That Devoured Canarsie. Written By: Ken Hulsey Ah, it was a great time to be a Godzilla, and monster movie fan in general, during the 1970s. 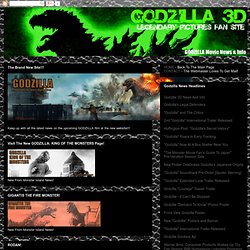 There were several great monster movie magazines and fan publications produced during the decade, including Forrest Ackerman's "Famous Monsters of Filmland" and Dean Latimer's "The Monster Times. " Well, today I want to flash-back to the groovy 70s, and Latimer's "Monster Times" for a great Godzilla related comic strip called "The Monsters That Devoured Canarsie. " The strip was written/illustrated by Latimer from an idea that was presented to him by his close friend Johnny Kapelusz and appeared in the September 1973 issue (Vol 1 No. 26) of the magazine.. In the cartoon, three young, and very bored monster fans imaginations bring forth destruction to their neighborhood in Brooklyn. Kids will do anything to avoid working on a book report.... Amazon.co. Tumblr_n8bnswutWB1sfqui2o1_1280. Godzilla heads 3.