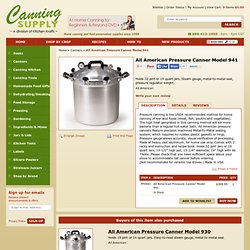 A Tracking Solar Concentrator for the home experimenter, Table of Contents and Notices, page_iii,iv, 10/09/99. 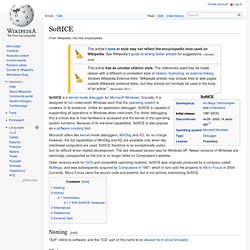 Crucially, it is designed to run underneath Windows such that the operating system is unaware of its presence. Unlike an application debugger, SoftICE is capable of suspending all operations in Windows when instructed. For driver debugging this is critical due to how hardware is accessed and the kernel of the operating system functions. Because of its low-level capabilities, SoftICE is also popular as a software cracking tool. Older versions exist for DOS and compatible operating systems. Naming[edit] "Soft" refers to software, and the "ICE" part of the name is an allusion to in-circuit emulator. History[edit] The original SoftICE for DOS was written in 1987 by NuMega founders Frank Grossman and Jim Moskun. SoftICE/W (for Windows) was developed in the 1990s, and was instrumental in the Writing of "Undocumented Windows", by Andrew Schulman, David Maxey and Matt Pietrek. 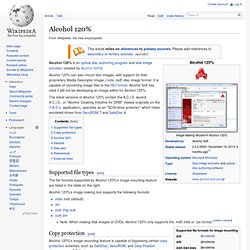 Alcohol 120% can also mount disc images, with support for their proprietary Media Descriptor Image (.mds/.mdf) disc image format. It is capable of converting image files to the ISO format. Alcohol Soft has cited it will not be developing an image editor for Alcohol 120%. Acer Tablets - CraveOnline.com. On November 23rd, Taiwanese manufacturer Acer announced the impending launch of its tablet line. 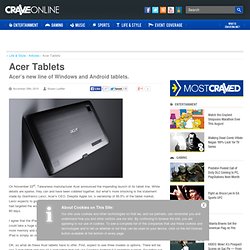 While details are sparse, they can and have been cobbled together, but what’s more shocking is the statement made by Gianfranco Lanci, Acer’s CEO. Despite Apple Inc.’s ownership of 95.5% of the tablet market, Lanci expects to grab 10% to 20% of it and to sell 40 million to 50 million Acer tablets worldwide. If Apple had targeted the world with the iPad, perhaps they would have sold more than three million units in the first 80 days. I agree that the iPad’s reach is limited and believe that Acer, known for producing affordable computers, could take a huge segment of the tablet market.

That is, until the iPad’s next version – which needs to have more memory and a tangible means of file transfer. OK, so what do these Acer tablets have to offer. On the hardware front the 7-inch Acer tablet and the 10.1-inch model seem to be pretty much identical, except for the screen size. CHAOS (operating system) Designed for large-scale ad hoc clusters, once booted, CHAOS runs from memory allowing the CD to be used on the next node (and allowing for automated rebooting into the host operating system). 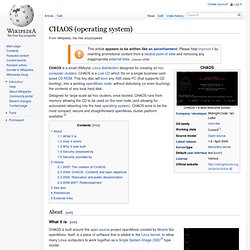