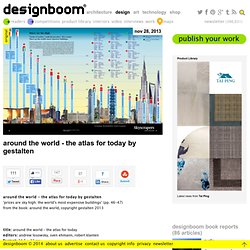 Alternating between these broad matters, ‘around the world’ does not claim to be a complete record, but instead a cornucopia of universal peculiarities, a snapshot of what our planet is today, presented to anyone who is curious about the earth and the people who inhabit it. Richard Florida. Richard Florida speaking at the 2006 Out & Equal Workplace Summit. 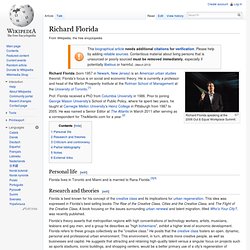 Richard Florida (born 1957 in Newark, New Jersey) is an American urban studies theorist. Florida's focus is on social and economic theory. He is currently a professor and head of the Martin Prosperity Institute at the Rotman School of Management at the University of Toronto.[1] Prof. Florida received a PhD from Columbia University in 1986. Personal life[edit] Florida lives in Toronto and Miami and is married to Rana Florida.[3][4] Research and theories[edit] Florida is best known for his concept of the creative class and its implications for urban regeneration. Florida's theory asserts that metropolitan regions with high concentrations of technology workers, artists, musicians, lesbians and gay men, and a group he describes as "high bohemians", exhibit a higher level of economic development.

Richard Florida on Technology, Talent, and Tolerance. Last Friday, I attended an inspiring Richard Florida luncheon put on by the Winnipeg Chamber, and can’t resist sharing the high points with you. 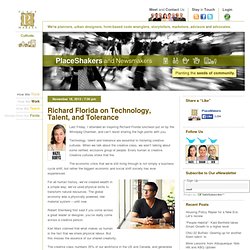 Technology, talent and tolerance are essential to fostering creative cultures. When we talk about the creative class, we aren’t talking about some rarified, exclusive group of people. Every human is creative. Creative cultures stoke that fire. The economic crisis that we’re still living through is not simply a business cycle shift, but rather the biggest economic and social shift society has ever experienced. Paolo Barnard - [Per un mondo migliore - Per un mondo migliore] Getlocal. Films & Architecture: “The Fountainhead” We jump back to the end of 1940′s to remember the film based on Ayn Rand’s acclaimed book, The Fountainhead. 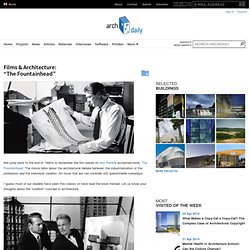 The movie talks about the architectural debate between the industrialisation of the profession and the individual creation. An issue that we can consider still questionable nowadays. I guess most of our readers have seen this classic or have read the book instead. Let us know your thoughts about the “creation” concept in architecture. Original title: The Fountainhead Year: 1949 Runtime: 114 min. Howard Roark, a brilliant young architect, is expelled from his architecture school for refusing to follow the school’s outdated traditions.

In Connecticut, Roark feels an immediate, passionate attraction to Dominique Francon, Guy Francon’s temperamental and beautiful daughter. Enter Gail Wynand, a brilliant publisher, who has lost his early idealism and made his fortune by printing newspapers that say exactly what the public wants to hear. The Paradoxical Traits Of Resilient People. Journalist Hara Estroff Marano once wrote in a Psychology Today article "The Art of Resilience": "Resilience may be an art, the ultimate art of living… At the heart of resilience is a belief in oneself--yet also a belief in something larger than oneself. 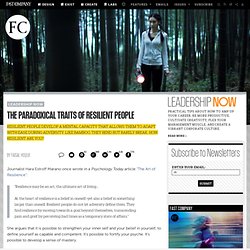 Resilient people do not let adversity define them. They find resilience by moving towards a goal beyond themselves, transcending pain and grief by perceiving bad times as a temporary state of affairs. " She argues that it is possible to strengthen your inner self and your belief in yourself, to define yourself as capable and competent. It's possible to fortify your psyche. For most, sooner or later life throws us a major curve ball or two.