6 Questions You Must Ask in an Interview Before Saying “YES" How To Answer The Interview Question, "What Salary Are You Seeking?" It’s a tricky interview question since you want to get the highest salary you can without killing your shot at the job. 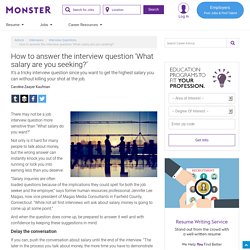 There may not be a job interview question more sensitive than “What salary do you want?” Not only is it hard for many people to talk about money, but the wrong answer can instantly knock you out of the running or lock you into earning less than you deserve. “Salary inquiries are often loaded questions because of the implications they could spell for both the job seeker and the employer,” says former human resources professional Jennifer Lee Magas, now vice president of Magas Media Consultants in Fairfield County, Connecticut. “While not all first interviews will ask about salary, money is going to come up at some point.” And when the question does come up, be prepared to answer it well and with confidence by keeping these suggestions in mind. Delay the conversation If you can, push the conversation about salary until the end of the interview.

Best advice I ever got about how to get a raise. 5 Salary Negotiation Rules You Should Always Follow. Interviewing for a job can feel a lot like dating, a situation that requires you to choose your words carefully and where timing is, very often, everything. 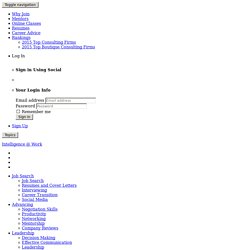 When it comes to asking about—and negotiating—the salary for a new job, it’s important not to start those discussions too soon or too late, or you could wreck your chances of being hired. Career experts are conflicted on the topic of timing. Some feel it’s never too soon to ask about salary, others advise saying nothing until an offer is on the table–then you can close the deal. Finessing how and when you bring up salary in the interview process comes down to communication—how to start the conversation or respond to questions, if your interviewer brings the issue up first.

Here are five rules that will help you navigate the issue of salary during an interview: Don’t introduce the topic first. The topic of salary will probably come up at two points during the interview process–initially and when an offer is made. Don’t play games. How to Negotiate Your Next Salary. Negotiating a salary can be an uncomfortable process. 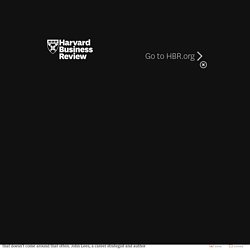 You want to get what you’re worth but you also don’t want to offend or scare off your future employer. This situation is only more complicated in a tough job market. When offers are few and job seekers are plenty, you might be tempted to take whatever is offered to you. But, that’s rarely the smartest thing to do. What the Experts Say Regardless of the state of the job market, you should always negotiate.

How to Negotiate Your Job Offer - Prof. Deepak Malhotra (Harvard Business Sch... How To Get Over The 4 Common Fears That Hold People Back From Asking For A Raise. When Allen Walton, 26, of Dallas, was hired to help launch an ecommerce site for a security products company in 2011, he happily accepted the C.E.O.’s offer of a $65,000 salary. 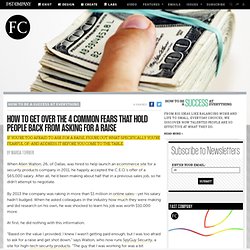 After all, he’d been making about half that in a previous sales job, so he didn’t attempt to negotiate. By 2013 the company was raking in more than $1 million in online sales--yet his salary hadn’t budged. When he asked colleagues in the industry how much they were making and did research on his own, he was shocked to learn his job was worth $10,000 more. At first, he did nothing with this information. “Based on the value I provided, I knew I wasn’t getting paid enough, but I was too afraid to ask for a raise and get shot down,” says Walton, who now runs SpyGuy Security, a site for high-tech security products. Most of us can probably relate. 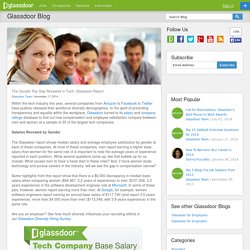 In the spirit of promoting transparency and equality within the workplace, Glassdoor turned to its salary and company ratings database to find out how compensation and employee satisfaction compare between men and women at a sample of 25 of the largest tech companies. Salaries Revealed by Gender The Glassdoor report shows median salary and average employee satisfaction by gender at each of these companies. At most of these companies, men report earning a higher base salary than women for the same role (it is important to note the average years of experience reported in each position).

While several questions come up, two that bubble up for us include: What causes men to have a head start in these roles?