People Maps. 100 of the Most Influential Ethnographies and Anthropology Texts. Uganda's misplaced health millions. This health centre lacks even the most basic equipment. 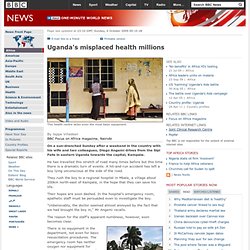 Besides hashtags, what can the US do to help Nigeria's kidnapped girls? The whole world is watching, including Michelle Obama. 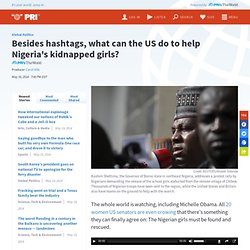 All 20 women US senators are even crowing that there's something they can finally agree on: The Nigerian girls must be found and rescued. US Secretary of State John Kerry says his country will do "everything possible" to free the 276 girls kidnapped by the Nigerian militant group Boko Haram. But what can the United States do? So far, there are 30 American advisers on the ground in Nigeria. World. What's your go-to reference manager? I don't like EndNote and want to try something new on my PC. : GradSchool. ODS HOME PAGE. The Haves and the Have-Nots. 12:51 p.m. | Updated Updated with additional explanation of how the chart controls for different costs of living around the world. 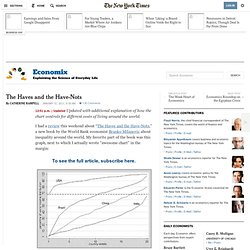 I had a review this weekend about “The Haves and the Have-Nots,” a new book by the World Bank economist Branko Milanovic about inequality around the world. My favorite part of the book was this graph, next to which I actually wrote “awesome chart” in the margin: Branko Milanovic, “The Haves and the Have-Nots,” p. 116. The graph shows inequality within a country, in the context of inequality around the world.

It can take a few minutes to get your bearings with this chart, but trust me, it’s worth it. Here the population of each country is divided into 20 equally-sized income groups, ranked by their household per-capita income. The household income numbers are all converted into international dollars adjusted for equal purchasing power, since the cost of goods varies from country to country. Merck to Bristol-Myers Face Threats on India Patents (Correct) (Corrects last paragraph to show Dekkers said “Indian market” and include full quote.) 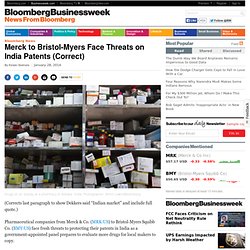 Pharmaceutical companies from Merck & Co. (MRK:US) to Bristol-Myers Squibb Co. (BMY:US) face fresh threats to protecting their patents in India as a government-appointed panel prepares to evaluate more drugs for local makers to copy. The panel is looking beyond the cancer treatments it studied last year to areas such as HIV and diabetes, according to two people with knowledge of the matter, who asked not to be identified because the discussions are private. It plans to study more than 20 drugs and recommend the government assign about three so-called compulsory licenses to allow local firms to make low-priced copies in India, they said.

The heightened scrutiny illustrates how emerging markets are becoming harder to navigate for global drugmakers including Pfizer Inc. Industry Awakens to Threat of Climate Change. Photo WASHINGTON — Coca-Cola has always been more focused on its economic bottom line than on global warming, but when the company lost a lucrative operating license in India because of a serious water shortage there in 2004, things began to change. 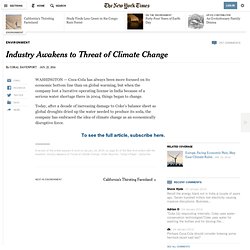 Butler_MO.mp3. What Smart Cities Can Learn from Memphis. Richard J. 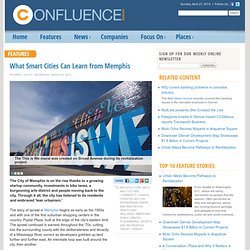 Alley | Wednesday, March 26, 2014 The City of Memphis is on the rise thanks to a growing startup community, investments in bike lanes, a burgeoning arts district and people moving back to the city. Through it all, the city has listened to its residents and embraced 'lean urbanism.' The story of sprawl in Memphis begins as early as the 1950s and with one of the first suburban shopping centers in the country, Poplar Plaza, built at the edge of the city's eastern limit. The sprawl continued in earnest throughout the '70s, cutting into the surrounding county with the deliberateness and tenacity of a Mississippi River current as developers gobbled up land further and further east. Things female patients do that tick off medics - Full Woman. Emmanuel Bua, stenographer at Malcom Health Centre, Kibuye.It annoys me when some patients ask me to do unethical things like lie about how far along their pregnancy is. 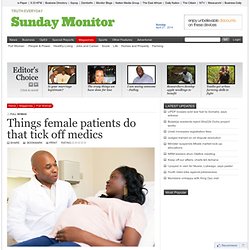 This mostly happens when a woman is lying about the paternity of the baby she is carrying. So she comes in, tells you the whole story and asks you to alter the medical results. Re-Usable Sanitary Pads Helping Keep Girls in School. Posted by Janet Fleischman on Feb 02, 2011 at 10:34 am. 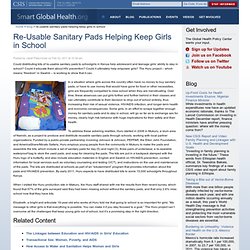 _There are individuals who consistently demonstrate a high level of success, but who fail to incorporate their competency into their identity. In spite of very real achievements, these persons experience an inordinate fear of failure and perpetually enga. PsycNET - DOI Landing page. RANDOM THOUGHTS - IMPOSTORS EVERYWHERE.

Inmates in Brazilian jail cycle to freedom. SANTA RITA DO SAPUCAI, Brazil (AP) — Brazilian inmate Ronaldo da Silva hops on a bicycle and pedals furiously, clocking up several miles (kilometers) before slowing down and jumping off. 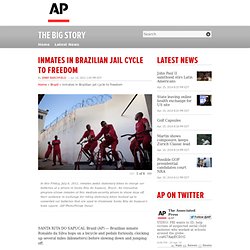 Silva hasn't gotten far, in fact not an inch. He's still inside the medium-security prison where he's serving a 5.5-year sentence for holding up a bakery, standing next to a stationary bike. But he did move a bit closer to freedom. WASHplus Weekly: Focus on WASH and Nutrition. This issue contains some of the most recent studies and resources that discuss the integration of WASH (water, sanitation, and hygiene) with nutrition. 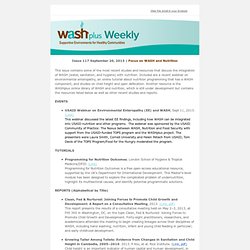 Included are a recent webinar on environmental enteropathy, an online tutorial about nutrition programming that has a WASH component, and studies on child height and open defecation. Another resource is the WASHplus online library of WASH and nutrition, which is still under development but contains the resources listed below as well as other recent studies and reports. WASH & NUTRITION — from the WASHplus Project. The WASH and Nutrition Nexus: Addressing Child Stunting Through Water, Sanitation, and Hygiene | Source: Agrilinks blog APR 14, 2014 by BECKY MANNING - (USAID/BFS/SPPM). Water, sanitation, and hygiene are necessary for healthy populations, safe food, and sustainable development. In recognition of this truth, USAID established its first global Water and Development Strategy for the period 2013-2018. The goal of this Strategy is to “save lives and advance development through improvements in water supply, sanitation, and hygiene (WASH) programs, and through sound management and use of water for food security.”