ISIS keeps getting better at avoiding US surveillance. Last week American officials had yet another meeting to discuss about the difficulties to track the ISIS militants, emblematic is the case of the alleged death of its leader Abu Bakr al Baghdadi disproved by himself in a recent recorded message. 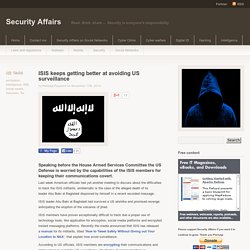 ISIS leader Abu Bakr al Baghdadi had survived a US airstrike and promised revenge anticipating the eruption of the volcanos of jihad. ISIS members have proven exceptionally difficult to track due a proper use of technology tools, like application for encryption, social media platforms and encrypted instant messaging platforms. Recently the media announced that ISIS has released a manual for its militants, titled “How to Tweet Safely Without Giving out Your Location to NSA”, that explain how avoid surveillance. According to US officials, ISIS members are encrypting their communications and taking steps to avoid the US surveillance. 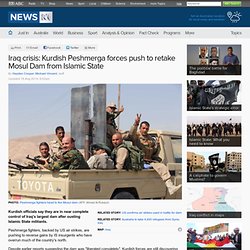 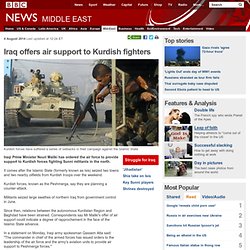 It comes after the Islamic State (formerly known as Isis) seized two towns and two nearby oilfields from Kurdish troops over the weekend. Kurdish forces, known as the Peshmerga, say they are planning a counter-attack. Militants seized large swathes of northern Iraq from government control in June. Since then, relations between the autonomous Kurdistan Region and Baghdad have been strained. Kurdish forces 'break IS hold on Mosul dam' Iraq crisis: Embattled PM Nouri Maliki in show of force. 10 August 2014Last updated at 22:44 ET. 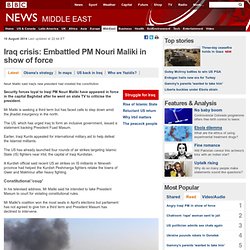 Genocide watch: the Iraqi communities most endangered by the rise of ISIL. “In one day, they killed more than two thousand Yazidi in Sinjar, and the whole world says, ‘Save Gaza, save Gaza.'” The poignant lament of an Iraqi named Karim, quoted in this short newyorker.com story, captures the helpless frustration of many minorities facing existential danger in areas controlled by ISIL, the terrorist group, while much of the world has been transfixed by the war between Israel and Hamas. 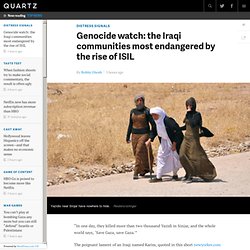 While both Israelis and Palestinians have carelessly bandied about the word “genocide,” it is a real threat for the communities in ISIL’s crosshairs. A quick recap: Before the latest conflict started in Gaza in early July, ISIL had attacked parts of northern Iraq and was threatening Baghdad. Since then it has consolidated its hold on large swathes of northern Iraq and eastern Syria. Islamic State Now Resembles the Taliban With Oil Fields. With its reign of terror over a large population and ability to self-finance on a staggering scale, the extremist group that beheaded American journalist James Foley resembles the Taliban with oil wells. 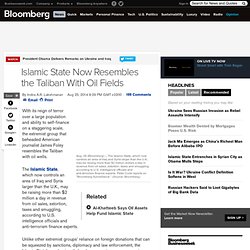 The Islamic State, which now controls an area of Iraq and Syria larger than the U.K., may be raising more than $2 million a day in revenue from oil sales, extortion, taxes and smuggling, according to U.S. intelligence officials and anti-terrorism finance experts. Unlike other extremist groups’ reliance on foreign donations that can be squeezed by sanctions, diplomacy and law enforcement, the Islamic State’s predominantly local revenue stream poses a unique challenge to governments seeking to halt its advance and undermine its ability to launch terrorist attacks that in time might be aimed at the U.S. and Europe. Related: Islamic State Militants Seize Air Base in Syria, Group Says An Islamic State group during a parade in Raqqa, Syria. 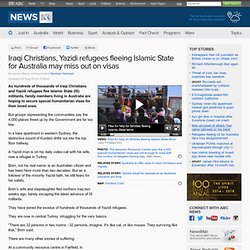 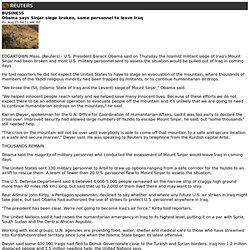 (Reuters) - U.S. President Barack Obama said on Thursday the Islamist militant siege of Iraq's Mount Sinjar had been broken and most U.S. military personnel sent to assess the situation would be pulled out of Iraq in coming days. Iraq crisis: US troops land on Mount Sinjar to consider rescue options. Islamic State releases video which it claims shows beheading of American journalist James Foley. By North America correspondent Ben Knight and staff Updated A video showing the beheading of an American journalist has been posted online, purporting to be a message to America from the terrorist group Islamic State (IS). 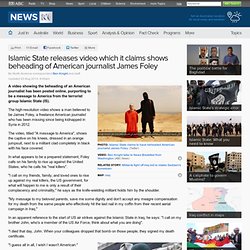 The high-resolution video shows a man believed to be James Foley, a freelance American journalist who has been missing since being kidnapped in Syria in 2012. The video, titled "A message to America", shows the captive on his knees, dressed in an orange jumpsuit, next to a militant clad completely in black with his face covered. In what appears to be a prepared statement, Foley calls on his family to rise up against the United States, who he calls his "real killers". US sends more military advisors to Iraq. 12 August 2014Last updated at 19:44 ET Defence Secretary Chuck Hagel said the advisors would assess the situation in northern Iraq The US has sent 130 more military advisors to the Kurdish region of northern Iraq, Defence Secretary Chuck Hagel says. 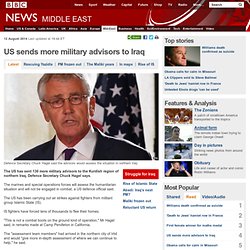 The marines and special operations forces will assess the humanitarian situation and will not be engaged in combat, a US defence official said. President Obama's Impossible Choices in Iraq. Desperately needed humanitarian aid, a fraught authorization to conduct airstrikes, and the neoconservative critics who make Obama look good Larry Downing/Reuters As a frequent critic of President Obama's foreign-policy record, particularly his unlawful decision to wage war in Libya without congressional approval and his shortsighted, immoral over-reliance on drone strikes in several countries, I applaud his decision to order food and water dropped on refugees in Northern Iraq.

America's Moral Obligations in Iraq. "An entire religion is being exterminated from the face of the earth," one Iraqi lawmaker warns. The Mystery of ISIS by Anonymous. ISIS: Inside the Army of Terror by Michael Weiss and Hassan Hassan Regan Arts, 270 pp., $14.00 (paper) Is Islamic State now equipped with a NATO air force? — RT Op-Edge. John Wight has written for newspapers and websites across the world, including the Independent, Morning Star, Huffington Post, Counterpunch, London Progressive Journal, and Foreign Policy Journal. He is also a regular commentator on RT and BBC Radio. He wrote a memoir of the five years he spent in Hollywood, where he worked in the movie industry prior to becoming a full time and activist and organizer with the US antiwar movement post-9/11. The book is titled Dreams That Die and is published by Zero Books. John is currently working on a book exploring the role of the West in the Arab Spring.