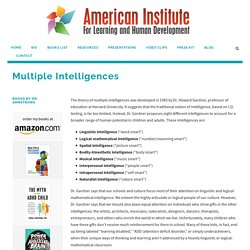 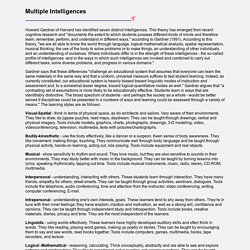 This theory has emerged from recent cognitive research and "documents the extent to which students possess different kinds of minds and therefore learn, remember, perform, and understand in different ways," according to Gardner (1991). According to this theory, "we are all able to know the world through language, logical-mathematical analysis, spatial representation, musical thinking, the use of the body to solve problems or to make things, an understanding of other individuals, and an understanding of ourselves. 2016 presidential candidates on education - Ballotpedia. Democratic candidates Hillary Clinton See also: Hillary Clinton presidential campaign, 2016 In the transcript of Clinton’s roundtable with the American Federation of Teachers November 9, 2015, Hillary Clinton stated her opposition to connecting teacher evaluation and pay to test outcomes. 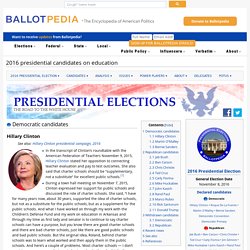 Students would not have to take out a student loan to pay for tuition, books or fees at four-year public colleges. How Common Core Testing Is Pushing States to Make School More Challenging for Kids. In an early glimpse of how much tougher state tests could be in the Common Core era, a new federal report released in July shows that early adopters of the controversial standards are assessing their students using far higher bars of difficulty. 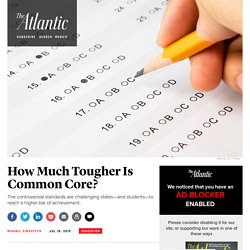 While this new report is unlikely to settle the battle between Common Core advocates and foes, it does indicate that one of the original purposes of the standards—challenging students in math and reading more so they’ll be better prepared for the rigors of college and their careers—seems to be proving fruitful. But tougher tests aren’t contingent on adopting the Common Core: Texas, one of the few states that has eschewed the standards, is also among the few states using tests that are much more challenging. The Common Core adopters Kentucky, New York, and North Carolina joined Texas in offering tough math and English tests to its fourth- and eighth-graders. States’ Fourth-Grade Reading “Proficiency” Levels The U.S. Cruz and Rubio Sign Pledge to End Common Core Standards. Out of 14 candidates who participated in the Republican Party’s Sunshine Summit last week, only Cruz signed the pledge immediately with Florida Parents Against Common Core (FPACC). 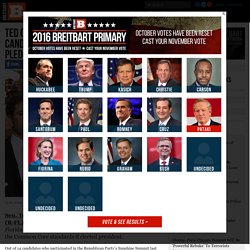 FPACC approached all of the GOP presidential candidates attending the summit and asked them to sign a pledge to eradicate Common Core should they be elected president, reports Sunshine State News. Cruz offered to sign the petition even beforehand. Massachusetts’s Rejection of Common Core Test Signals Shift in U.S. Photo BOSTON — It has been one of the most stubborn problems in education: With 50 states, 50 standards and 50 tests, how could anyone really know what American students were learning, or how well? 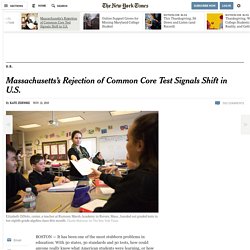 At a dinner with colleagues in 2009, Mitchell Chester, Massachusetts’s commissioner of education, hatched what seemed like an obvious answer — a national test based on the Common Core standards that almost every state had recently adopted. Now Dr. Chester finds himself in the awkward position of walking away from the very test he helped create. On his recommendation, the State Board of Education decided last week that Massachusetts would go it alone and abandon the multistate test in favor of one to be developed for just this state. But no about-face has resonated more than the one in Massachusetts, for years a leader in education reform. The state’s participation was seen as validation of the Common Core and the multistate test; Dr. Dr. “We’ve really flipped the narrative in a year,” she said. Current Issues in Education. The Top 10 Legislative Issues to Watch in 2015. 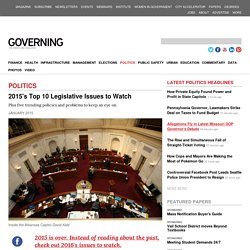 Instead of reading about the past, check out 2016's issues to watch. States and localities will spend much of their time this year grappling with troublesome new realities and trying to work out their relationship with Washington. New realities are a given in any governmental year, but the 2015 crop includes some unusually potent ones. Louis C.K. Blasts Common Core Testing on Twitter...Again. In tweets heard around the social media world this week, Louis C.K. became the loudest—or at least the most famous—detractor of the Common Core State Standards. 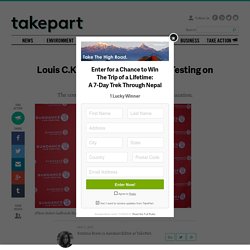 “My kids used to love math. Now it makes them cry,” he said. “Thanks standardized testing and common core!” Like many parents, the comedian has become increasingly concerned about the standards' test-focused approach.