Elon Musk Just Gave Some Brilliant Career Advice. Here It Is in 1 Sentence. Photos - All your photos organized and easy to find. 6 Emerging Educational Technologies and How They Are Being Used Across the Globe - InformED. Each spring the New Media Consortium (NMC) and the EDUCAUSE Learning Initiative release a list of emerging technologies forecast to have a significant impact on higher education in the next one-to-five years. 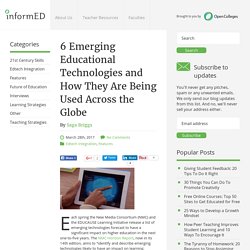 The NMC Horizon Report, now in its 14th edition, aims to “identify and describe emerging technologies likely to have an impact on learning, teaching, and creative inquiry in education.” This year, the following six edtech trends were identified by NMC’s expert panel as having “the potential to foster real changes in education, particularly in the development of progressive pedagogies and learning strategies, the organisation of teachers’ work, and the arrangement and delivery of content.” We’ve featured some of the trendsetters in each category as well. As you’ll see, there’s inspiring work being done all over the globe. 1. University of Wollongong, Australia: Uses SNAPP (Social Networks Adapting Pedagogical Practice Initiative) software to track the dynamics of group discussions.

Why a Bad Memory’s Not Such a Bad Thing. General knowledge is overrated. 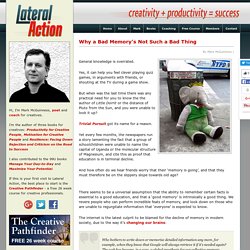 Yes, it can help you feel clever playing quiz games, in arguments with friends, or shouting at the TV during a game show. But when was the last time there was any practical need for you to know the the author of Little Dorrit or the distance of Pluto from the Sun, and you were unable to look it up? Trivial Pursuit got its name for a reason. Yet every few months, the newspapers run a story lamenting the fact that a group of schoolchildren were unable to name the capital of Uganda or the molecular structure of Magnesium, and cite this as proof that education is in terminal decline. And how often do we hear friends worry that their ‘memory is going’, and that they must therefore be on the slippery slope towards old age? There seems to be a universal assumption that the ability to remember certain facts is essential to a good education, and that a ‘good memory’ is intrinsically a good thing.

Yes, the Internet Is Changing Your Brain. As you read these words, your brain is being changed. 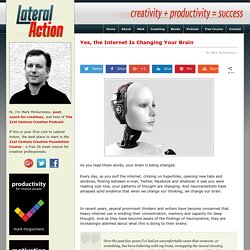 Every day, as you surf the internet, clicking on hyperlinks, opening new tabs and windows, flicking between e-mail, Twitter, Facebook and whatever it was you were reading just now, your patterns of thought are changing. And neuroscientists have amassed solid evidence that when we change our thinking, we change our brain. In recent years, several prominent thinkers and writers have become concerned that heavy internet use is eroding their concentration, memory and capacity for deep thought.

11 Cartoons About Those Pregnancy Struggles You Don't Really Hear About. Twelve ways to make yourself a Gmail genius. Show me what I want to see Want to see more of your inbox at a glance? 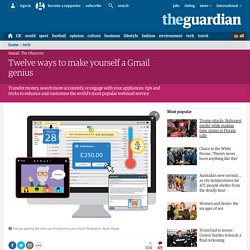 Click the cog-wheel at the upper right of the Gmail web interface, then select “compact” to reduce the spacing between items (you can also choose “comfortable” for a more relaxed view). You can also view more conversations per page: click the cog, then select “settings” to open Gmail’s configuration page. Under “general”, you’ll see a setting for “maximum page size”: increase to 100 and you won’t need to keep flipping through pages to browse recent messages. If you don’t like the way email exchanges are bundled into threads, you can also disable conversation view, to make Gmail list each email individually. Customise your sending options Like to keep your inbox uncluttered? Remind me about this email later Emails have a knack of arriving at unhelpful moments.

Organise your incoming mail By default, Gmail sorts messages into primary, social, promotions and so forth. Totes annoying: words that should be banned. This Is Your Life in Social Media – The Bold Italic. You haven’t posted all day. 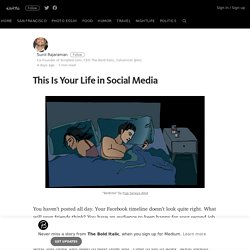 Your Facebook timeline doesn’t look quite right. What will your friends think? You have an audience to keep happy for your second job. Quotes About Perspective (1272 quotes) “Look again at that dot. 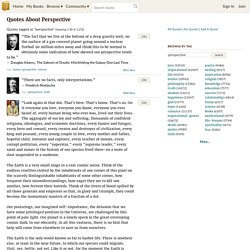 That's here. That's home. That's us. On it everyone you love, everyone you know, everyone you ever heard of, every human being who ever was, lived out their lives. Library Newsletter July 2014. Social Networking for the Over 50s (In Simple Steps series) by Thomas Myer. Creativity and Academics: The Power of an Arts Education. The arts are as important as academics, and they should be treated that way in school curriculum. 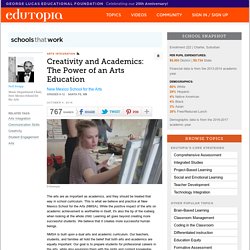 This is what we believe and practice at New Mexico School for the Arts (NMSA). While the positive impact of the arts on academic achievement is worthwhile in itself, it's also the tip of the iceberg when looking at the whole child. Learning art goes beyond creating more successful students. We believe that it creates more successful human beings. NMSA is built upon a dual arts and academic curriculum. Shakespeare's Hamlet - Free online course. Girls' Education - Free online course. The behaviours that the education system rewards – studying, careful preparation, patient climbing from one level to the next – seem to give women an advantage academically. 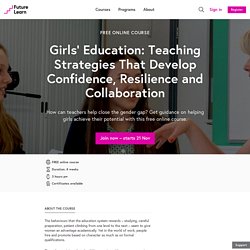 Yet in the world of work, people hire and promote based on character as much as on formal qualifications. Through examining what should be experienced by young women in the classroom this course aims to start a conversation between teachers about how to best help girls succeed in the classroom and beyond, as well as offering authoritative advice, guidance and practical solutions. Understand the factors that affect girls at school Before exploring teaching strategies that work in the classroom, we will first examine the significant factors that influence girls’ learning experiences. In particular we’ll look at the strategies that develops character in a way that supports academic success in school and professional success after school. Get guidance on helping girls achieve their potential Learn from the GDST. Google. How Writing To-Do Lists Helps Your Brain (Whether Or Not You Finish Them)

For a long time, I resisted to-do lists. 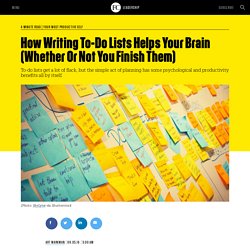 I wanted the flexibility. I felt that if I kept a list, it would tie me down to a particular set of tasks. Gradually, though, I came around. Poster: 6 Hand Signals That Bring Learning to Life. Independent Education. The full stop, known in some countries as the period and deemed to be one of the most universal punctuation marks, dating back to before the Middle Ages, may become redundant as the digital age advances. 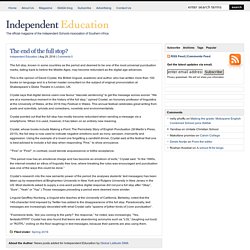 This is the opinion of David Crystal, the British linguist, academic and author, who has written more than 100 books on language and is a former master consultant on the subject of original pronunciation at Shakespeare’s Globe Theatre in London, UK. So long, Marianne: Leonard Cohen writes to muse just before her death. Leonard Cohen penned a poignant final letter to his dying muse Marianne Ihlen, a longtime friend of hers revealed on Canadian radio. Ihlen, whom Cohen wrote about in So Long, Marianne and Bird on a Wire, died in Norway on 29 July, aged 81. Cohen met her on the Greek island Hydra in the 1960s and they became lovers. So Long, Marianne appeared on his 1967 album Songs of Leonard Cohen.

Her close friend Jan Christian Mollestad got in touch with Cohen to tell him Ihlen was dying. “It took only two hours and in came this beautiful letter from Leonard to Marianne. Bruce Lee’s Never-Before-Seen Writings on Willpower, Emotion, Reason, Memory, Imagination, and Confidence. Although Bruce Lee (November 27, 1940–July 20, 1973) is best known for his legendary legacy in martial arts and film, he was also one of the most underappreciated philosophers of the twentieth century, instrumental in introducing Eastern traditions to Western audiences. A philosophy major in collge, he fused ancient ideas with his own singular ethos informed by the intersection of physical and psychological discipline, the most famous manifestation of which is his water metaphor for resilience.

Early in his career, Lee was systematically sidelined by Hollywood’s studio system, which operated with extreme racial bias and still used white actors in yellowface to portray Asian characters based on flat stereotypes. Over and over, Lee was told in no uncertain terms that white audiences simply wouldn’t accept an Asian man as a lead character in a movie. Neil Gaiman on Why We Read and What Books Do for the Human Experience. The question of why we read and what books actually do for us is as old as the written word itself, and as attractive. Galileo saw reading as a way of having superhuman powers.