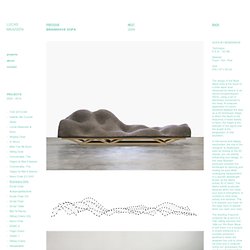 K-HOLE. Beginner's Guide to Crossbow Motes. The Crossbow processor/radio boards, more commonly known as motes, allow multiple sensors distributed over a wide area to wirelessly transmit their data back to a base station attached to a computer. 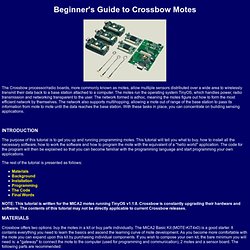 The motes run the operating system TinyOS, which handles power, radio transmission and networking transparent to the user. The network formed is adhoc, meaning the motes figure out how to form the most efficient network by themselves. Welcome to Apache™ Hadoop®! Seething in Etymological Vacuity (The Story of Theodolite) By Anatoly Liberman I have not yet met anyone who knows the word theodolite . 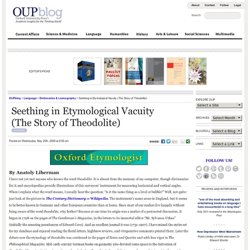 It is absent from the memory of my computer, though dictionaries list it and encyclopedias provide illustrations of this surveyors’ instrument for measuring horizontal and vertical angles. When I explain what the word means, I usually hear the question: “Is it the same thing as a level or bubble?” The Coil Length Calculator. Diigo V5.0: Collect, Highlight and Remember! How do you recover or reset your admin password? This page is only for Joomla! 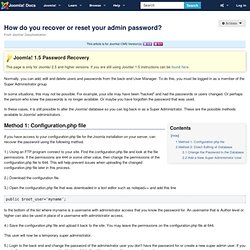 2.5 and higher versions. If you are still using Joomla! 1.5 instructions can be found here. Normally, you can add, edit and delete users and passwords from the back-end User Manager. To do this, you must be logged in as a member of the Super Administrator group. In some situations, this may not be possible. MooresCloud. MooresCloud is the ecosystem company for the Internet of Things. 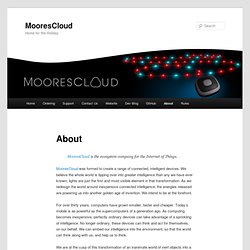 MooresCloud was formed to create a range of connected, intelligent devices.

Open The Pod Bay Doors, MAL: The Rumpus Interview With Lori Emerson. It is summer and the Rocky Mountains loom large and golden over Boulder, Colorado, where the university spreads out in matching brown-yellow stone. 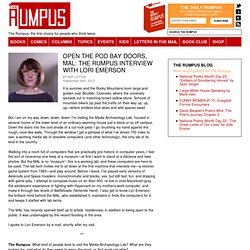 Schools of mountain bikers zip past the traffic on their way up, up, up—where endless blue skies and wild spaces await. View topic - Can't launch WoL client on Mac OS X 10.7.5. There we go. 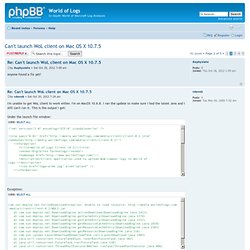 The issue is caused by the recent Java 7 update 9 from Oracle. Currently there seem to be two workarounds: A) Update to the Java 7 update 10 beta developer preview (not recommended, this is a public testing version) THEODOLITE. Paper Machines. Overview Paper Machines is an open-source extension for the Zotero bibliographic management software. 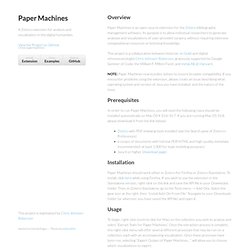 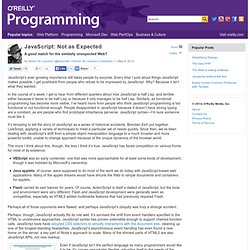 Every time I post about things JavaScript makes possible, I get pushback from people who refuse to be impressed by JavaScript. Processing/Generative Arts competition winners! Apple Remote Desktop Over the Internet. Google Drive Viewer. The Never-Before-Told Story of the World's First Computer Art (It's a Sexy Dame) - Benj Edwards. In the late 1950s, an anonymous IBM employee made a lady from the pages of Esquire come to life on the screen of a $238 million military computer. 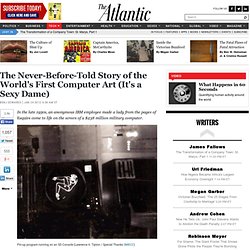 Pin-up program running on an SD Console (Lawrence A. Tipton / Special Thanks SMECC) During a time when computing power was so scarce that it required a government-defense budget to finance it, a young man used a $238 million military computer, the largest such machine ever built, to render an image of a curvy woman on a glowing cathode ray tube screen. The year was 1956, and the creation was a landmark moment in computer graphics and cultural history that has gone unnoticed until now. Beyond the Surface: 15 Years of Desktop Aesthetics. A desktop is a changing record of visual decisions. It speaks to the aesthetics of a particular work-flow and personal space. A desktop exhibits a diagram of your organizational habits and a screenshot of it captures a brief moment of its functional evolution. The image of your desktop becomes an intimate self-portrait and the impulse to decode an unfamiliar desktop is unavoidable.

Xerox Star 8010 Workstation - Image via plyojump.com. About synchrotrons. This section of the new Australian Synchrotron website contains general information about synchrotrons. To go to a particular webpage or section, click on that heading in the left-hand menu. OpenFrameworks. This Tiny Gizmo Could Be A Very Big Deal In 2013 - And Beyond. The company is called Leap Motion, and if you want to get an idea of how much everyone in San Francisco is buzzing about them, consider this: A few weeks ago I was visiting a different hot new startup in San Francisco, and in the middle of their demo the executives said, “By the way, have you heard about Leap Motion?”