What is Hadoop? How It Works and a Hadoop Glossary Currently, four core modules are included in the basic framework from the Apache Foundation: Hadoop Common – the libraries and utilities used by other Hadoop modules. 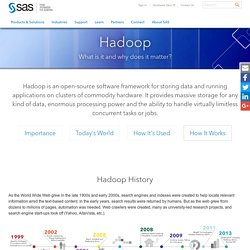 Hadoop Distributed File System (HDFS) – the Java-based scalable system that stores data across multiple machines without prior organization. YARN – (Yet Another Resource Negotiator) provides resource management for the processes running on Hadoop. MapReduce – a parallel processing software framework. Other software components that can run on top of or alongside Hadoop and have achieved top-level Apache project status include: Commercial Hadoop distributions Open-source software is created and maintained by a network of developers from around the world.

Google Has Most of My Email Because It Has All of Yours. Top 10 data mining algorithms in plain R. A Machine-Learning Supercomputer Woven from Idle Computers. Recent improvements in speech and image recognition have come as companies such as Google build bigger, more powerful systems of computers to run machine-learning software. 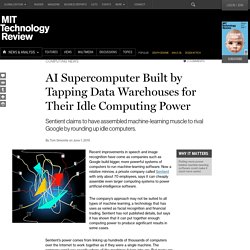 Now a relative minnow, a private company called Sentient with only about 70 employees, says it can cheaply assemble even larger computing systems to power artificial-intelligence software. The company’s approach may not be suited to all types of machine learning, a technology that has uses as varied as facial recognition and financial trading. Sentient has not published details, but says it has shown that it can put together enough computing power to produce significant results in some cases. Sentient’s power comes from linking up hundreds of thousands of computers over the Internet to work together as if they were a single machine. Life in the Algorithm. The searches we make, the news we read, the dates we go on, the advertisements we see, the products we buy and the music we listen to. 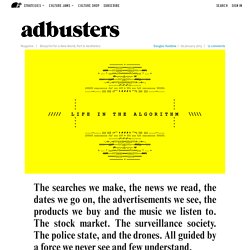 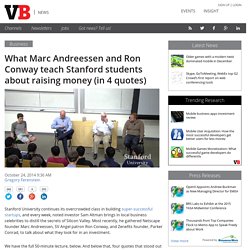 Most recently, he gathered Netscape founder Marc Andreessen, SV Angel patron Ron Conway, and Zenefits founder, Parker Conrad, to talk about what they look for in an investment. 10,000 apps later. Lessons learned. 10,000 Mobile Apps later and What we learned. tldr: We downloaded 10,000 mobile apps this year and we’re sharing insights on how we found them, examined them, lessons we learned about building apps, and a heuristic checklist for how not to screw up your own mobile app dev. 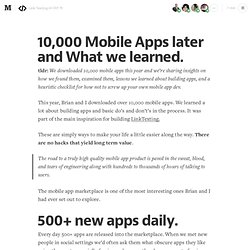 This year, Brian and I downloaded over 10,000 mobile apps. We learned a lot about building apps and basic do’s and don’t’s in the process. It was part of the main inspiration for building LinkTexting. These are simply ways to make your life a little easier along the way. The road to a truly high quality mobile app product is paved in the sweat, blood, and tears of engineering along with hundreds to thousands of hours of talking to users. The mobile app marketplace is one of the most interesting ones Brian and I had ever set out to explore. 500+ new apps daily. 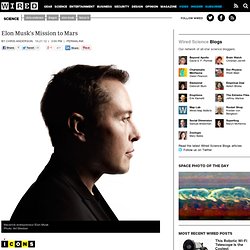 Empresa - Lunacloud PT. SeeSpace comes up with a 'Minority Report'-style 3D interface for 'augmented TV' watching. What will be hot in consumer electronics and computing in 2014? Read our full coverage of International CES 2014 to find out. Bigger televisions and web connectivity haven’t solved one of the problems about watching TV: It’s still too hard to navigate through all of the channels, social media, and meta data about what you’re watching. SeeSpace The InAir TV box connects via an HDMI port. SeeSpace hopes to solve that with InAir TV, a 3D user interface that resembles the three-dimensional gesture-based UI that Tom Cruise used in the science fiction movie Minority Report.

It works well with 3D TVs and gesture-control equipment, but it doesn’t require either. InAir has tapped human-machine interface experts to design a kind of visual overlay that comes out from your TV. InAir screen shows social media icons on left. Classcraft makes the classroom a giant role-playing game. LinkedIn Snatches Up Data Savvy Job Search Startup Bright.com For $120M, In Its Largest Acquisition To Date. Today, alongside a fourth quarter earnings report in which it beat Wall Street estimates yet again, LinkedIn announced its intentions to acquire data-savvy job search startup, Bright.com, for $120 million. The deal, which was 70 percent stock and 30 percent cash the company said, will be completed during the first quarter of this year.

In a statement today, LinkedIn said that “several members of Bright’s team,” which now numbers over 50 –particularly those on its engineering and product teams — will be joining LinkedIn in the coming weeks. The state of big data in 2014 (chart) It’s been almost two years since I took a first stab at charting the booming big data ecosystem, and it’s been a period of incredible activity in the space. 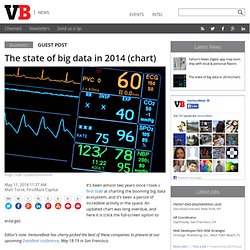 An updated chart was long overdue, and here it is (click the full-screen option to enlarge): Editor’s note: VentureBeat has cherry-picked the best of these companies to present at our upcoming DataBeat conference, May 18-19 in San Francisco. A few thoughts on this revised chart, and the big data market in general, largely from a VC perspective: Getting crowded: Entrepreneurs have flocked to the space, VCs have poured money into promising startups, and as a result, the market is starting to get crowded.