The cult Japanese filmmaker that inspired Darren Aronofsky. Five years ago, cinema lost one of its most sublime visual talents. 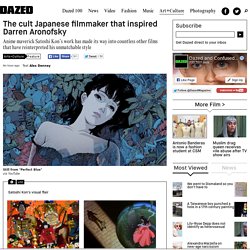 Satoshi Kon, just 46 when he passed away from pancreatic cancer in 2010, was a true original whose films probed at the edges of reality and delineated with frightening accuracy the impact of a technological society on the human psyche. Without his work, Neo might never have taken the red pill, and the post-Matrix rash of Hollywood films dealing with subjective reality – Fight Club, Inception, Requiem for a Dream – might never have tumbled down the rabbit-hole and on to our screens. Madhouse Founder Comments on Satoshi Kon's "Dreaming Machine" Taking questions at Otakon 2015, MAPPA and Madhouse founder Masao Maruyama indicated that anime director Satoshi Kon's incomplete final work, Yume Miru Kikai (Dreaming Machine) is still in production "in theory. 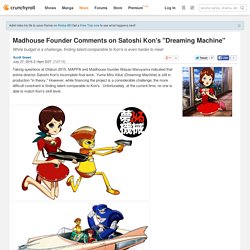 " However, while financing the project is a considerable challenge, the more difficult constraint is finding talent comparable to Kon's. Unfortunately, at the current time, no one is able to match Kon's skill level. Highly regardly anime director Satoshi Kon (Perfect Blue, Millennium Actress, Tokyo Godfathers, Paranoia Agent, Paprika) passed away of pancreatic cancer in August of 2010.

Interview: Satoshi Kon. Man Buys 10.000 Undeveloped Negatives At a Local Auction And Discovers One of the Most Important Street Photographers of the Mid 20th Century - UpShout: Discover the Latest Internet Trends First and Share Them With Your Friends. Imagine this : perhaps the most important street photographer of the twentieth century was a nanny who kept everything to herself. Nobody had ever seen her work and she was a complete unknown until the time of her death.

For decades Vivian’s work hid in the shadows until decades later (in 2007), historical hobbyist John Maloof bought a box full of never developed negatives at a local auction for $380. John began to develop the negatives and it didn’t take long before he realised that these were no ordinary street snapshots from the 50’s and 60’s — these pictures were a lot more then that. Maier’s work is particularly evocative for those who grew up in the 50′s and 60′s because she seemed to stare deep into the soul of the time and preserve the everyday experience of the people. She ventured outside the comfortable homes and picturesque residential neighborhoods of her employers to document all segments of life in and around the big city.

Doctoral dissertation in graphic novel form. Columbia University awarded a doctorate in education to Nick Sousanis for Unflattening, a graphic novel about the relationship between words and pictures in literature. 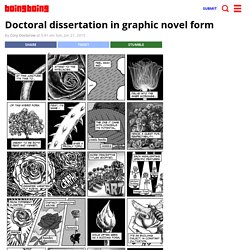 It was published by Harvard University Press and got a starred review in Publishers Weekly the journal Comics Grid wrote that it demonstrated "the viability of a comic book as doctoral scholarship in its own right, rather than a separate work requiring some accompanying critical paratext. " The primacy of words over images has deep roots in Western culture. But what if the two are inextricably linked, equal partners in meaning-making? Written and drawn entirely as comics, Unflattening is an experiment in visual thinking. Nick Sousanis defies conventional forms of scholarly discourse to offer readers both a stunning work of graphic art and a serious inquiry into the ways humans construct knowledge.

A Discussion of Alleged Misogyny in Anime. I recently watched this documentary called Generation M: Misogyny in Media and Culture. 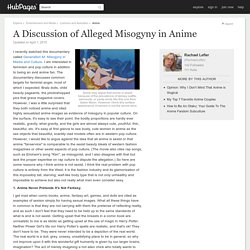 I am interested in feminism and pop culture in addition to being an avid anime fan. The documentary discusses common targets for feminist anger, most of which I expected; Bratz dolls, child beauty pageants, the photoshopped pics that grace magazine covers. Thanatophobia and Chronophasia. Ladder. Magic Fish. Something clever? Deep-dark-fears. Hi folks! 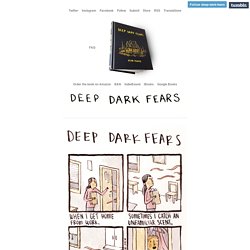 I made the cover for the second printing of the Over The Garden Wall comic book, issue no. 2! Ask for it at your local comic book store! Do you want the original sculpture I made for the cover photo? I’ll be giving it away! I’m posting this message on Tumblr, Instagram, Facebook and Twitter, and I’ll be giving the sculpture away to someone who likes or reposts this message! Everyone has bizarre secret fears. Here they are in comic form. ​The original Snowpiercer comic is dystopian scifi at its best. This drives me to ask my fellow IO9-ites if there are any well executed, skillful, nuanced movies about class warfare they could recommend to me? 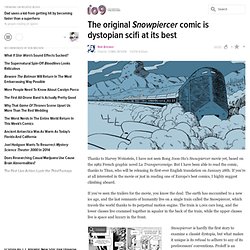 Doesn't have to be science fiction (But that helps!) I really wanted Elysium to succeed but it didn't.* * Warning: Anything I arbitrarily and unfairly deem as Libertopian sarcasm in my thread shall face dismissal. Well, I'd like to know as well. Personally, I think that the first season of Legend of Korra raised some very intriguing questions about class and privilege in a fantasy world (until they blew it in the last two episodes, at least). A personal preference, but I think early Soviet cinema is awesome. Late Soviet cinema is as well, but the early years more so. The Adventures of Fallacy Man. The Adventures of Fallacy Man It's a good thing Fallacy Man didn't think of responding with 'Fallacy Fallacy' back, or they would have gotten into an infinite regress of logic and reason Permanent Link to this Comic: Support the comic on Patreon <map name="admap76971" id="admap76971"><area href=" shape="rect" coords="0,0,728,90" title="" alt="" target="_blank" /></map><table cellpadding="0" cellspacing="0" style="width:728px;border-style:none;background-color:#ffffff;"><tr><td><img src=" style="width:728px;height:90px;border-style:none;" usemap="#admap76971" alt="" /></td></tr><tr><td style="background-color:#ffffff;" colspan="1"><center><a style="font-size:10px;color:#0000ff;text-decoration:none;line-height:1.2;font-weight:bold;font-family:Tahoma, verdana,arial,helvetica,sans-serif;text-transform: none;letter-spacing:normal;text-shadow:none;white-space:normal;word-spacing:normal;" href=" target="_blank">Ads by Project Wonderful! 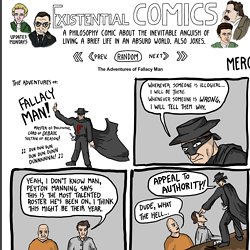 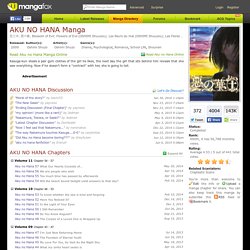 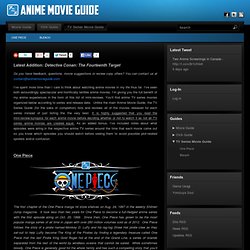 You can contact us at contact@animemovieguide.com *protected email* I’ve spent more time than I care to think about watching anime movies in my life thus far. I’ve seen both astoundingly spectacular and horrifically terrible anime movies. One Piece The first chapter of the One Piece manga hit store shelves on Aug. 24, 1997 in the weekly Shōnen Jump magazine. One Piece (2000) Wan Pīsu (ワンピース) Director: Atsuji ShimizuLast Episode Before Release: Episode 16 The first One Piece feature film is a good one, but its animation hasn’t aged very well over the last decade or so. Sisyphus and Suburbia: A Contextual Study of David Lynch’s Dumbland - Volume 11, Issue 3. An Introduction to David Lynch and his animated series Dumbland The last thing most would expect from any three-decade auteur would be the sudden, inexplicable release of a crude, vulgar, and satirical flash-animated comedy series focused unflinchingly upon the obscure goings on of a frighteningly bizarre über-dysfunctional family –but of course, David Lynch is not the average auteur. 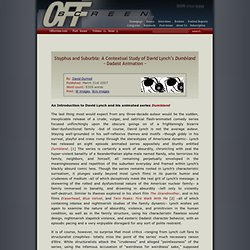 Staying well-grounded in his self-reflexive themes and motifs –though giddy in his surreal, playful and crass romp through the stereotypes of Americana dynamic– Lynch has released an eight episode animated series appositely and bluntly entitled Dumbland. [1] The series is certainly a work of absurdity, chronicling with zeal the hyper-violent banality of a Neanderthalian alpha-male named Randy, who terrorizes his family, neighbors, and himself, all remaining perpetually enveloped in the meaninglessness and repetition of the suburban everyday and framed within Lynch’s blackly absurd comic lens.