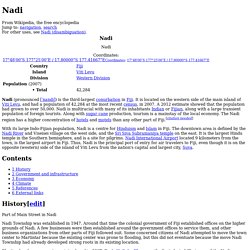 It is located on the western side of the main island of Viti Levu, and had a population of 42,284 at the most recent census, in 2007. A 2012 estimate showed that the population had grown to over 50,000. Nadi is multiracial with many of its inhabitants Indian or Fijian, along with a large transient population of foreign tourists. Along with sugar cane production, tourism is a mainstay of the local economy. The Nadi region has a higher concentration of hotels and motels than any other part of Fiji. With its large Indo-Fijian population, Nadi is a centre for Hinduism and Islam in Fiji. Nassau, Bahamas. Nassau /ˈnæsɔː/ is the capital, largest city, and commercial centre of the Commonwealth of the Bahamas. 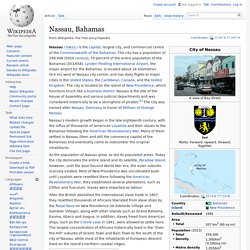 The city has a population of 248,948 (2010 census), 70 percent of the entire population of the Bahamas (353,658). Lynden Pindling International Airport, the major airport for the Bahamas, is located about 16 kilometres (9.9 mi) west of Nassau city centre, and has daily flights to major cities in the United States, the Caribbean, Canada, and the United Kingdom. Samoa. Country in the Central Pacific Ocean Coordinates: Samoa (), officially the Independent State of Samoa (Samoan: Malo Saʻoloto Tutoʻatasi o Sāmoa; Samoan: Sāmoa, IPA: [ˈsaːmoa]) and, until 4 July 1997, known as Western Samoa, is a country consisting of two main islands, Savai'i and Upolu, and four smaller islands (Manono, Apolima, Fanuatapu, and Namua). 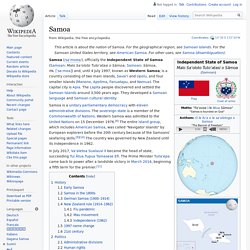 The capital city is Apia. The Lapita people discovered and settled the Samoan Islands around 3,500 years ago. They developed a Samoan language and Samoan cultural identity. Samoa is a unitary parliamentary democracy with eleven administrative divisions. Aitutaki. Aitutaki, also traditionally known as Araura, Ararau[citation needed] and Utataki, is one of the Cook Islands, north of Rarotonga. 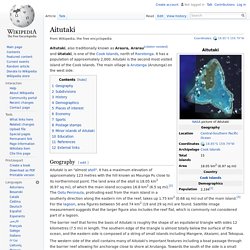 It has a population of approximately 2,000. Aitutaki is the second most visited island of the Cook Islands. Cook Islands. The Cook Islands ( i/ˈkʊk ˈaɪləndz/; Cook Islands Māori: Kūki 'Āirani[4]) is an island country in the South Pacific Ocean in free association with New Zealand. 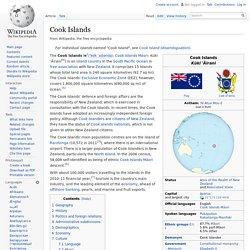 It comprises 15 islands whose total land area is 240 square kilometres (92.7 sq mi). The Cook Islands' Exclusive Economic Zone (EEZ), however, covers 1,800,000 square kilometres (690,000 sq mi) of ocean.[5] 4 Places in South America to Visit Right Now  Bruce Tuten/ Flickr With so many alluring destinations across South America, it's hard to pick where to travel next. 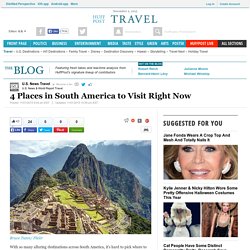 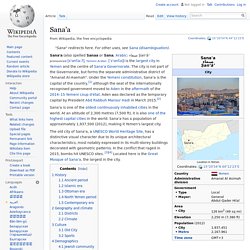 The city is not part of the Governorate, but forms the separate administrative district of "Amanat Al-Asemah". Under the Yemeni constitution, Sana'a is the capital of the country,[1] although the seat of the internationally recognised government moved to Aden in the aftermath of the 2014–15 Yemeni coup d'état. Aden was declared as the temporary capital by President Abd Rabbuh Mansur Hadi in March 2015.[2] We Scouted Central America for the Most Adventure-Packed Spots. The waves roll into El Salvador's Punta Mango. 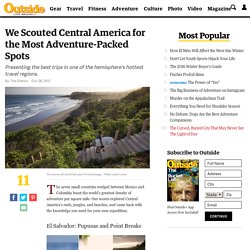 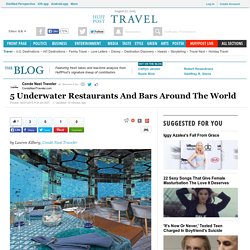 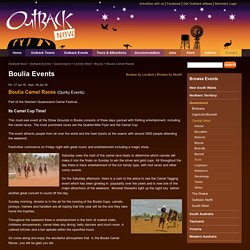 Its Camel Cup Time! Camel races queensland. Meaning Seishin Chokudō. Gion Matsuri. The Gion Festival (祇園祭, Gion Matsuri?) Takes place annually in Kyoto and is one of the most famous festivals in Japan. It goes for the entire month of July and is crowned by a parade, the Yamaboko Junkō (山鉾巡行?) On July 17 and July 24. It takes its name from Kyoto's Gion district.

Until recently the buying and selling of modern and contemporary art in Ethiopia was all but non-existent. Anna bay nsw. Port stephens. Indigenous homelands could be opened up in tourism plan for Arnhem Land. Remote Indigenous homelands may be opened up to visitors for the first time under a new ethical tourism plan for Arnhem Land in the Northern Territory. Ontong Java Atoll. Ontong Java. Day one was a whale of a time for Shelley. SHARED SPACE: Sunreef's Dan Hart photographed this humpback whale while swimming near it. Dan Hart. 10 perfect Greek island holidays.