Eclipse Vert.x. IntelliJ IDEA Minimal Survival Guide – Hadi Hariri. Last updated: 07 January, 2014 Why this Guide Much like its counterpart, the JVM Guide the purpose of this guide is to make it easier for newbies to get up to speed faster with IntelliJ IDEA. 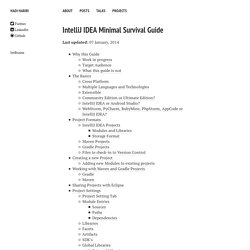 Work in progress While it is a blog post, it is also a page that I will update as and when I come across new things. At the top is the latest updated date. Target Audience. The Go Programming Language. Learn to Code – Radhika Morabia. Let’s talk about programming. 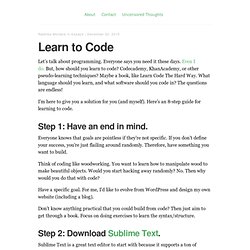 Everyone says you need it these days. Even I do. But, how should you learn to code? 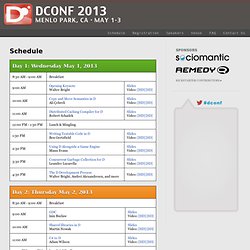 Since then the available memory and CPU power has grown by a factor of at least 1000 and 10000 respectively. The use of multiprocessors and fast networks has become the rule rather than the exception. Even though compiler and programming language have advanced greatly in this period of time, their basic design has not been adjusted to reflect the enormous hardware improvements. In this presentation, which reflects the content of my master thesis, I present a D compiler written in D that exploits these tremendous hardware advances. To utilize multiprocessors the lexer and parser are run in different communicating threads. Besides the conceptual architecture of this new compiler, I will report on the implementation, the use of datastructures and the lessons learned during this project with respect to compiler design as well as the D Programming Language. 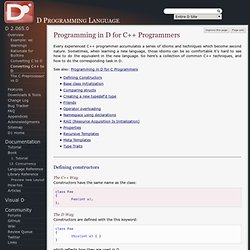 Requires a signed-in GitHub account. This works well for small changes. If you'd like to make larger changes you may want to consider using local clone. 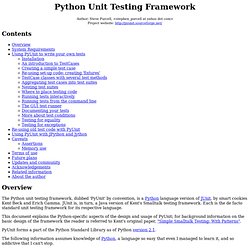 JUnit is, in turn, a Java version of Kent's Smalltalk testing framework. Each is the de facto standard unit testing framework for its respective language. This document explains the Python-specific aspects of the design and usage of PyUnit; for background information on the basic design of the framework the reader is referred to Kent's original paper, "Simple Smalltalk Testing: With Patterns". Python Unit Tests with Eclipse and PyDev. LAMP (software bundle) The acronym LAMP refers to first letters of the four components of a solution stack, composed entirely of free and open-source software, suitable for building high-availability heavy-duty dynamic web sites, and capable of serving tens of thousands of requests simultaneously. 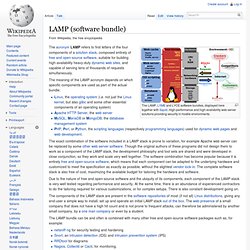 The meaning of the LAMP acronym depends on which specific components are used as part of the actual bundle: The exact combination of the software included in a LAMP stack is prone to variation, for example Apache web server can be replaced by some other web server software. Though the original authors of these programs did not design them to work as a component of the LAMP stack, the development philosophy and tool sets are shared and were developed in close conjunction, so they work and scale very well together. Mylyn. Mylyn is an open source implementation of the Task-Focused Interface, it's also an application lifecycle management (ALM) framework for Eclipse. 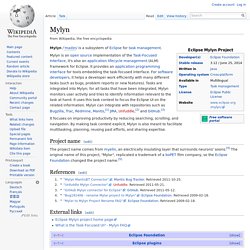 It provides an application programming interface for tools embedding the task-focused interface. For software developers, it helps a developer work efficiently with many different tasks (such as bugs, problem reports or new features). Tasks are integrated into Mylyn; for all tasks that have been integrated, Mylyn monitors user activity and tries to identify information relevant to the task at hand. It uses this task context to focus the Eclipse UI on the related information. Mylyn can integrate with repositories such as Bugzilla, Trac, Redmine, Mantis,[1] JIRA, Unfuddle,[2] and GitHub.[3] It focuses on improving productivity by reducing searching, scrolling, and navigation. 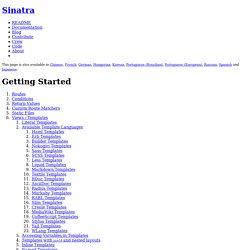 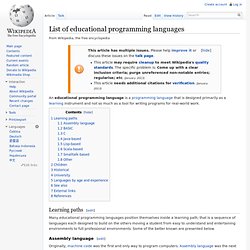 Learning paths[edit] Many educational programming languages position themselves inside a learning path, that is a sequence of languages each designed to build on the others moving a student from easy to understand and entertaining environments to full professional environments. Some of the better known are presented below. Assembly language[edit] Originally, machine code was the first and only way to program computers.

Low level languages must be written for a specific processor architecture and cannot be written or taught in isolation without referencing the processor for which it was written. Modern Algorithms and Data Structures - 1. Bloom Filters, Merkle Trees. Java one2011 brisk-and_high_order_bits_from_cassandra_and_hadoop. Real Time Analytics for Big Data a Twiiter Case Study. Spring Data - Intro (Odessa Java TechTalks) Cassandra at eBay. A 3 dimensional data model in hbase for large time-series dataset-2... Cassandra + Hadoop = Brisk. Cassandra's Sweet Spot - an introduction to Apache Cassandra.