At the Democratic National Convention on Monday night, First Lady Michelle Obama took the stage to deliver a rousing argument for uniting the party and casting a vote for Hillary Clinton. 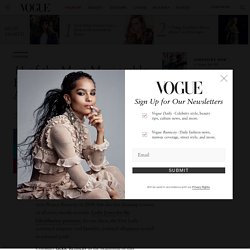 The Fashion of Politics - Washington Post. After Brexit, which way for fashion? Software Is Reshaping Fashion's Back End. NEW YORK, United States — From e-commerce to social media, digital has revolutionised the consumer-facing front-end of fashion, reshaping sales and marketing. 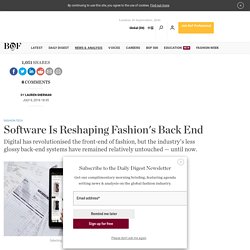 Luxury Daily. Media group Condé Nast is connecting the dots between readers’ content consumption and purchase behavior through the launch of a new data product. 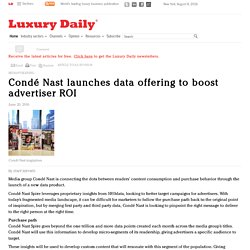 Condé Nast Spire leverages proprietary insights from 1010data, looking to better target campaigns for advertisers. With today’s fragmented media landscape, it can be difficult for marketers to follow the purchase path back to the original point of inspiration, but by merging first party and third party data, Condé Nast is looking to pinpoint the right message to deliver to the right person at the right time. Purchase pathCondé Nast Spire goes beyond the one trillion and more data points created each month across the media group’s titles. Condé Nast will use this information to develop micro-segments of its readership, giving advertisers a specific audience to target. Facebook’s new ads will track which stores you visit - Recode. 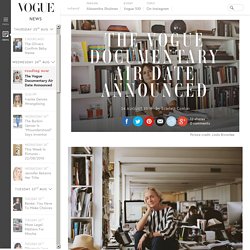 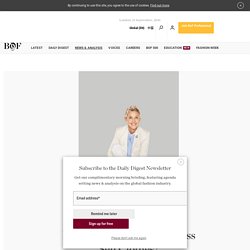 In stark contrast to the divisive American election campaign, pitting poor against rich, black against white, straight against gay and left against right, Ellen’s set is one where everyone can sit comfortably together, singing and smiling — and dancing. Raf Simons Confirmed At Calvin Klein. After many months of speculation, Raf Simons has finally been confirmed as the new chief creative officer of Calvin Klein. 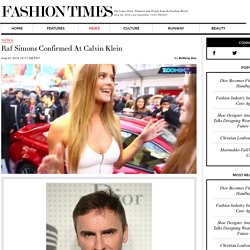 Calvin Klein took to social media on Tuesday morning to confirm the news. "The arrival of Raf Simons as chief creative officer signifies a momentous new chapter for Calvin Klein. Not since Mr. Klein himself was at the company has it been led by one creative visionary, and I am confident that this decision will drive the Calvin Klein brand and have a significant impact on its future.

Only 1.4% of models over a size 12: The truth about diversity in fashion now. The Blonde Salad Ups the Ante. LOS ANGELES, United States — Chiara Ferragni’s stream of selfies has drawn more than 6.5 million followers to her personal Instagram account. 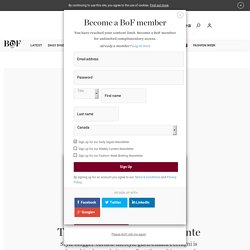 But the super-influencer has transformed her digital property The Blonde Salad, which she launched as a personal blog back in 2009 that now attracts an average of 500,000 unique visitors each month, into a full-fledged magazine that relies on plenty more than her outfit photos. “When I started back then, I just wanted a personal space,” says Ferragni, whose movie-star looks and playfully bold Italian style have earned her adoring fans the world over. ASOS To Pay £20M For Trademark Infringement. Inside the New Teen Vogue. NEW YORK, United States — Teen Vogue editor Elaine Welteroth isn’t afraid to get right to the point. 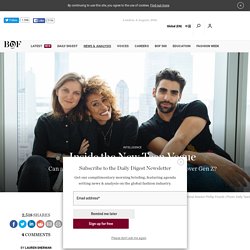 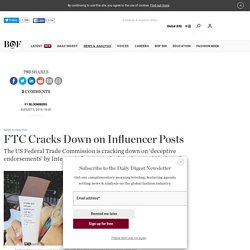 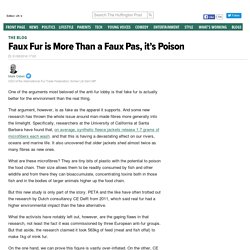 That argument, however, is as fake as the apparel it supports. And some new research has thrown the whole issue around man-made fibres more generally into the limelight. Clothing retailer H&M launches ‘World Recycle Week’ - letsrecycle.com. Russian mink farms where thousands are slaughtered and left to rot to make $1m coats. These disturbing pictures expose the macabre truth about the fur farms in Russia and China which supply the fashion market in the world's leading cities, including London, Paris and New York.

India is the second largest exporter with 38.7 billion dollars of clothing exports. Total trade of footwear and headwear: 139 billion dollar. 5 things you probably didn’t know about the fashion industry. Mark Twain once wrote, “Clothes make the man. Fast fashion online business have made a fortune for owners of businesses like Zara — Quartz. Fendi in China. LVMH, Boosting Women. Meet the Female CEOs Running Fashion's Biggest Brands. Although women account for two-thirds of clothing sales around the world, it's men who occupy the top positions at fashion companies — both on the creative side and, perhaps less surprisingly, on the financial. 10 Most Powerful Luxury Fashion Brands In The World.

The luxury market has been growing significantly over the past couple of years and is still continuing on an upwards trend. Untitled. Luxury brands must redefine the way they do business. There were times when China was the holy grail for global retailers. Logo-obsessed Chinese buyers seeking opulence were armed with cash fresh from the economic boom. Luxury retail brands flocked to the new market, with the result of 35% of sales for brands such as Omega, Harry Winston and Balmain coming from Greater China, according to estimates by Exane BNP Paribas. Luxury Brands Must Develop Their Customer Experience To Survive. Burberry teams up with Harrods for 2016 Christmas Windows. London department store Harrods is working with fashion house Burberry to tell “A Very British Fairy Tale.”

LVMH Vice President Delphine Arnault: "IT IS HARD TO REJECT FASHION" - 032c Workshop. This article originally appeared in 032c Issue #30: “NO FEAR”, released in May 2016.