Most Interesting Tech Stories of the Day (6/13) 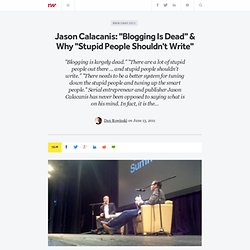 " "There are a lot of stupid people out there ... and stupid people shouldn't write. " "There needs to be a better system for tuning down the stupid people and tuning up the smart people. " Serial entrepreneur and publisher Jason Calacanis has never been opposed to saying what is on his mind. In fact, it is the characteristic that has helped him rise to the top of the Internet publishing world. He sat down with our managing editor Abraham Hyatt onstage at the ReadWriteWeb 2WAY Summit on Monday and dished on his thoughts about the state of publishing, what Google's Panda initiative is doing to websites and what Web 3.0 will be about. Web 3.0: The Age of Expertise. Why Google Earth Can't Show You Israel. It looks like iCloud will have some web apps after all - Apple (Build 20110608151458)

In my article earlier today about iClouds chances for success I mentioned that it was likely that we would see some web components of iCloud eventually and that it was too early to gripe about their absence. 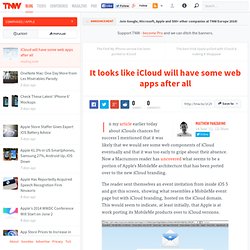 Now a Macrumors reader has uncovered what seems to be a portion of Apple’s MobileMe architecture that has been ported over to the new iCloud branding. The reader sent themselves an event invitation from inside iOS 5 and got this screen, showing what resembles a MobileMe event page but with iCloud branding, hosted on the iCloud domain. This would seem to indicate, at least initially, that Apple is at work porting its MobileMe products over to iCloud versions.

I tried this out myself and the event invitation that showed up in my inbox is definitely iCloud branded, you can see the small cloud in the envelope graphic below. The shot above is what you get if you click in the link to see it on the web. US funds secret 'internet in a suitcase' for dissidents (Build 20110608151458) Egyptian anti-government bloggers work on their laptops from Cairo's Tahrir square in February. 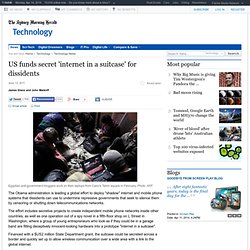 Photo: AFP The Obama administration is leading a global effort to deploy "shadow" internet and mobile phone systems that dissidents can use to undermine repressive governments that seek to silence them by censoring or shutting down telecommunications networks. The effort includes secretive projects to create independent mobile phone networks inside other countries, as well as one operation out of a spy novel in a fifth-floor shop on L Street in Washington, where a group of young entrepreneurs who look as if they could be in a garage band are fitting deceptively innocent-looking hardware into a prototype "internet in a suitcase". Financed with a $US2 million State Department grant, the suitcase could be secreted across a border and quickly set up to allow wireless communication over a wide area with a link to the global internet. Advertisement The invisible web Shadow mobile phone system. Heart With No Beat Offers Hope Of New Lease On Life : NPR (Build 20110608151458) 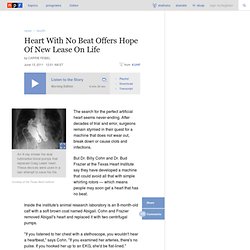 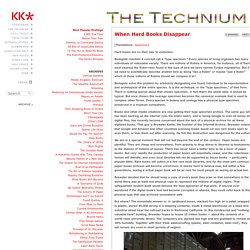 Biologists maintain a concept call a “type specimen.” Every species of living organism has many individuals of noticeable variety. There are millions of Robins in America, for instance, all of them each express the Robin-ness found in the type of bird we have named Turdus migratorius. iCloud and Apple’s truth: can you win if you don’t play? Last Monday, Steve Jobs debuted one of Apple's boldest products to the world, iCloud. 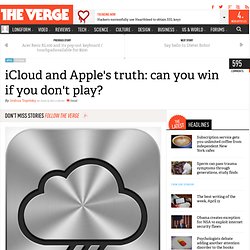 At long last, the brains in Cupertino seemed as if they were set to fully embrace the internet and its inherent, omnipresent power. There had been rumors swirling previous to the event (and even some slight confirmation from the company) that the new product would encompass all manner of content and services, particularly when it came to your media collections, and even more particularly, your iTunes library. Spanish police website hit by Anonymous hackers. 13 June 2011Last updated at 11:50 A member of Spain's Technological Investigation Board displays an Anonymous mask The website of Spain's national police force has been briefly knocked offline by hacker collective Anonymous. 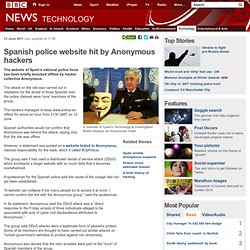 The attack on the site was carried out in retaliation for the arrest of three Spanish men the police claimed were 'core' members of the group. The hackers managed to keep www.policia.es offline for about an hour from 2130 GMT on 12 June. Spanish authorities would not confirm that Anonymous was behind the attack, saying only that the site was offline. 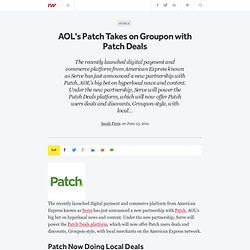 Under the new partnership, Serve will power the Patch Deals platform, which will now offer Patch users deals and discounts, Groupon-style, with local merchants on the American Express network. Patch Now Doing Local Deals Patch Deals, like Groupon, Living Social and other similar coupon-sharing startups, is a group-buying deals program that targets local communities. Users sign up for free to receive email alerts from businesses and can then click on any deal that is of interest to them. A field guide to bullshit - opinion - 13 June 2011 - New Scientist (Build 20110413222027) 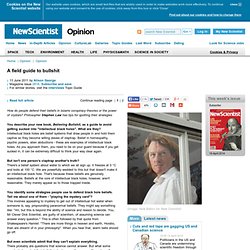